In April, a three-month-old emaciated puppy was found sitting on top a garbage pile in Newton, South Africa. A paramedic spotted the malnourished dog and rescued him from the pain and suffering he was in. Thanks to the Good Samaritan and Domestic Animal Rescue Group (Darg), the puppy was nursed back to health and placed in the perfect forever home. 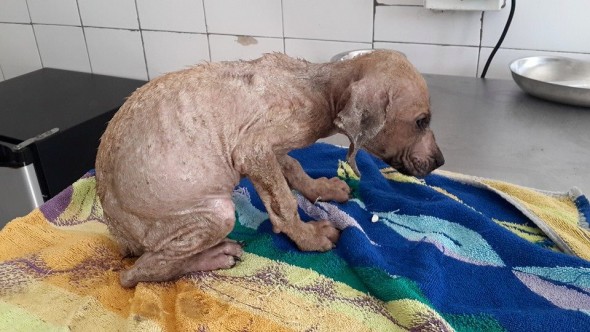 The puppy was originally named Newton after town he was found. A foster parent took in the sickly puppy and for two months helped treat him for malnutrition, flea infestation and a severe case of mange.

Ant Latimer visited Hout Bay NPO in June because he was interested in adopting a dog in the upcoming months. The new pet parent wasn’t planning on walking out of the center with a dog that day, but after meeting Newton, now named Enzo, and learning his story, the man couldn’t resist taking the pet home. 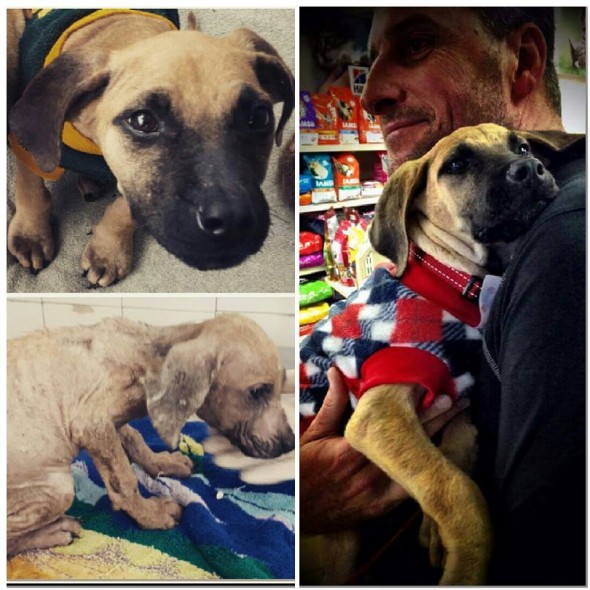 “There were about 20 dogs in the kennels and when I entered, they went completely crazy,” Latimer told News 24. “They started to attack one of the puppies, who was lying flat on his back as the others lunged at him. That little one being bitten is now my little Enzo. I held him in my arms and [after seeing] photos of how he looked when he was brought in – near death and without any fur – I knew I had to take him home.”

Enzo has grown to be quite mischievous. His new dad says the dog enjoys chewing on shoes, challenging dogs twice his size and eating lots of food. 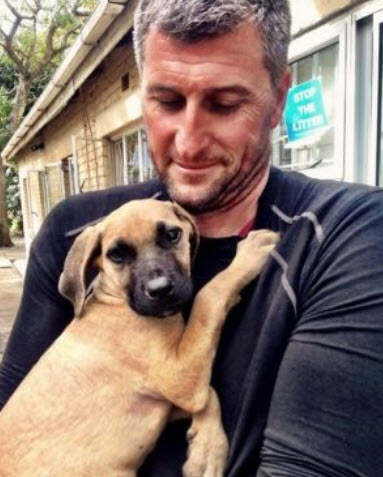 “His appetite is costing me a fortune but he is a joy to have around,” said Latimer.

No one expected the shy little dog from the pile of garbage to turn into the active ball of energy Enzo is today. Latimer can’t imagine life without his dog and Darg is extremely happy they saved and placed the dog in an ideal forever home.