All lives matter – even the life of a pit bull puppy that is missing a paw. A litter of three puppies was found living in a forest that was near an abandoned area. The puppies were about 5-weeks old, and their mother was gone. All of the puppies were taken to a Georgia shelter, but if they stayed they would have been put down. Why? 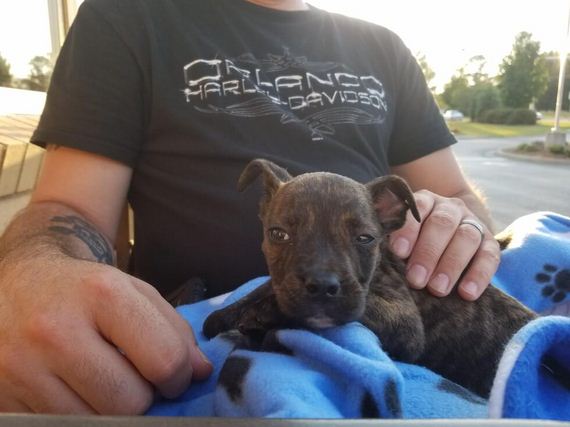 Because the policy at Henry County Animal Care and Control is to euthanize dogs that are pit bulls. If a stray pit bull is found, it will be held for three days, and then euthanized. 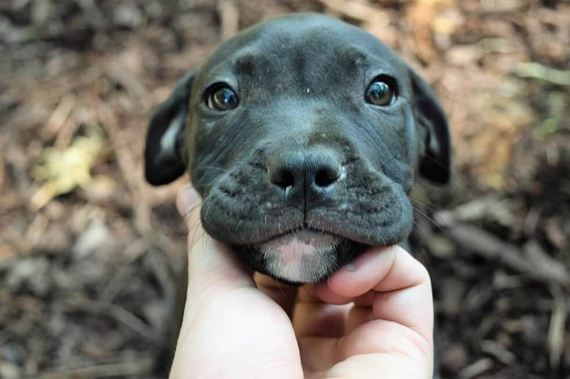 Friends to the Forlorn Pit Bull Rescue was called and asked if they wanted to take over the care of the pups. 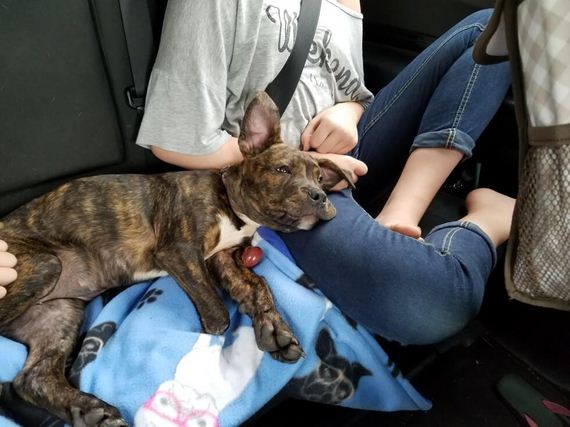 The founder of the rescue, Jason Flatt, quickly agreed. The puppies were named Sunshine, Nugget, and Krissy and they were immediately placed in foster homes. 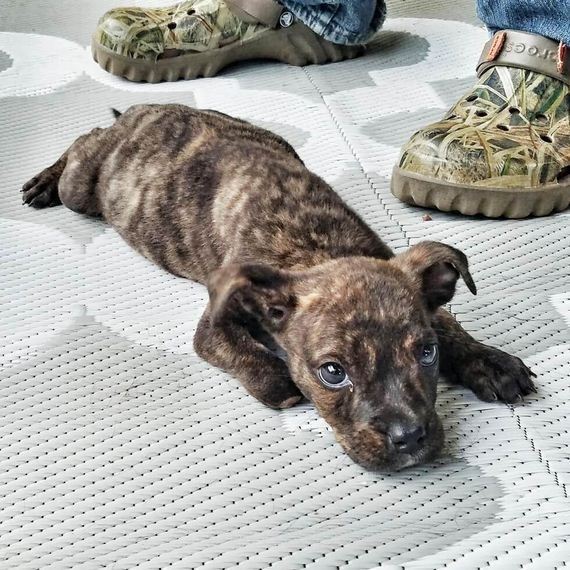 Sunshine, aka Sunny, was missing her front paw, and it wasn’t clear if she was born without it or if it had been chopped off. 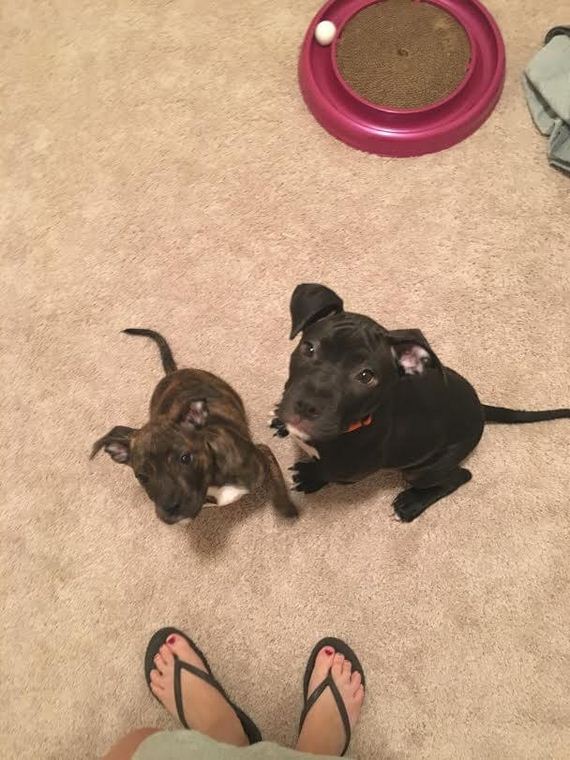 Flatt wanted to give Sunny the best so he took her to the vet and got her fitted for a prosthetic paw. 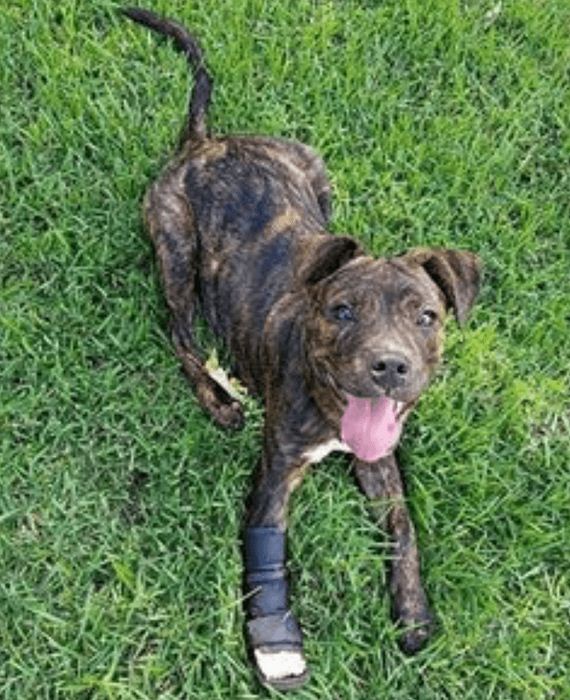 While she waited for the new paw, she got a temporary leg splint. Sunny adjusted to the splint quickly. 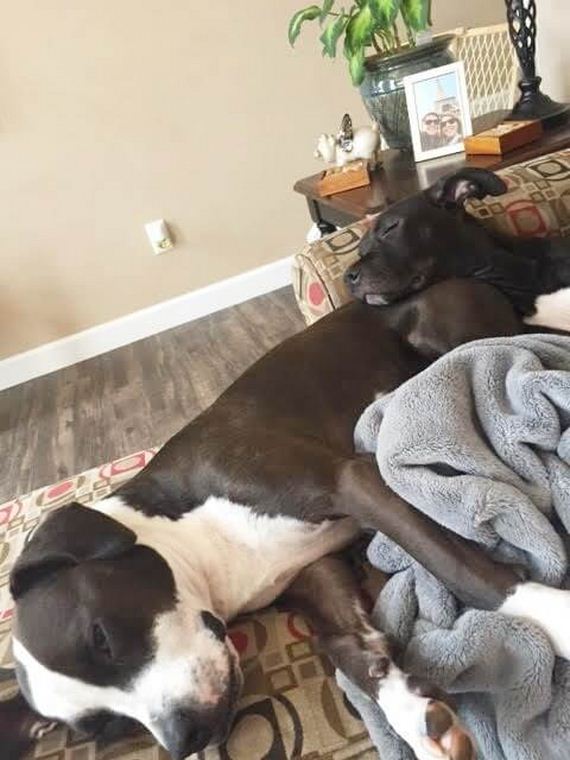 She will get four different sized prosthetics, one for each stage of her puppyhood. 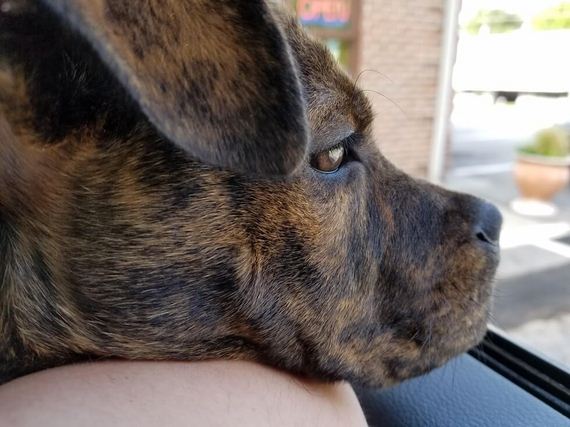 If you can, consider making a donation to Forlorn Pit Bull Rescue, prosthetics can be very expensive.

Sunny is looking for a forever home, visit the rescue’s adoption page for more information.