A woman near Regina, Canada, couldn’t believe her eyes when she spotted a young dog roaming on her property with a long arrow piercing its back. It is a miracle the nine-month-old is alive, and today the pooch inhumanly used as blank target practice recovers in a loving foster home. 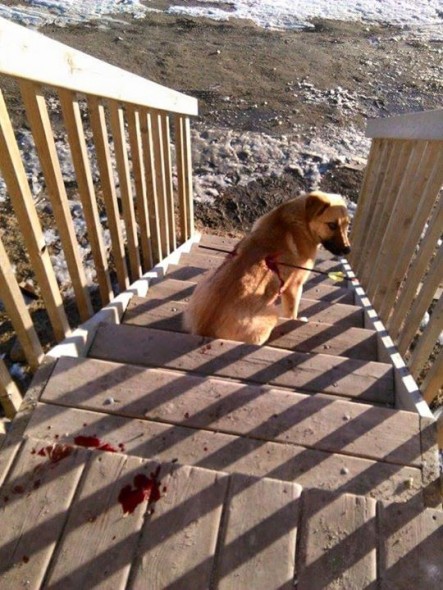 On February 1, 2016, a local rescue group by the name CC RezQs Regina took in the abused dog. They named her Arrow and rushed her to TM’z Veterinary Clinic where emergency surgery was performed.

“Arrow is considered the luckiest dog in the world,” CC RezQs said. The arrow narrowly missed her spinal cord. 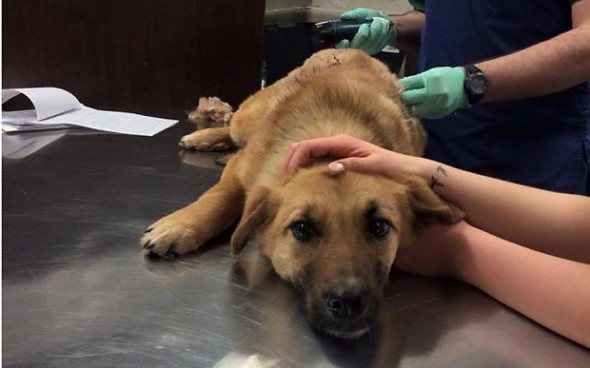 TM’z veterinarian Gerad Cantin said this was the first case they’ve seen where an animal suffers an “intended lethal shot with a bow and arrow.”

Whoever is responsible for attempting against Arrow’s life has perfectly bad aim. The criminal missed the spinal cord and all major organs. The only damage done was the traumatic experiences she lived for two days and a wound that only needs weeks of rest, pain medications and antibiotics. 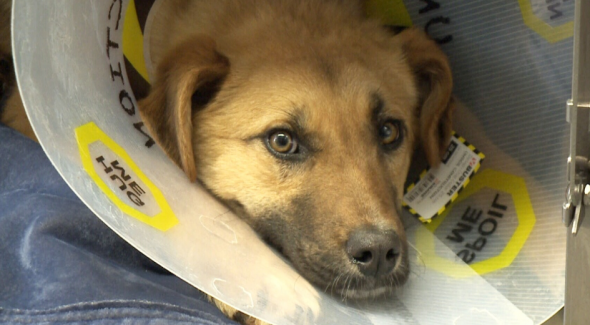 Veterinarians and rescuers expect the dog to be up and running like normal in no time.

As for the animal abuser, police are on the case tracking him or her down.