Animal Aid Unlimited found a puppy on the streets suffering from advanced mange. And despite all of his pain and suffering, he still managed to wag his tail when approached by the rescuers. The little pup took the food offered to him and didn’t put up a fight as one man picked him up and placed him in the vehicle to be taken in for love and care. 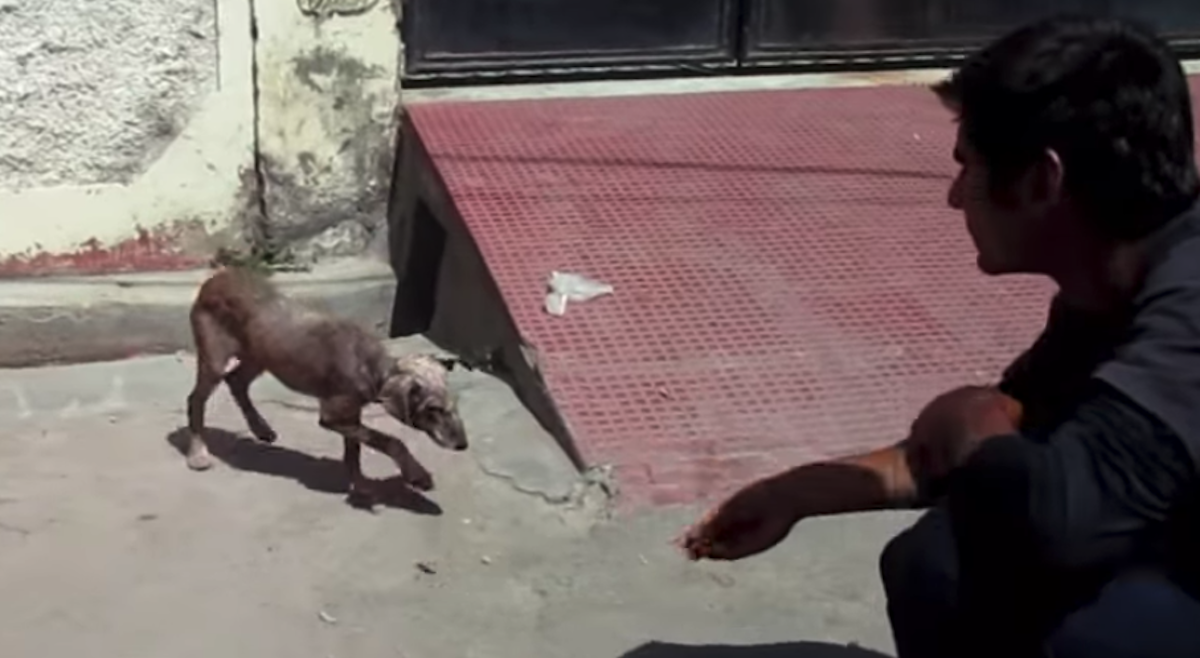 The poor thing’s body was covered in small sores, and his skin was infected. He ate what was probably his first meal in a very long time, and they began his treatment which would continue over the next five weeks. 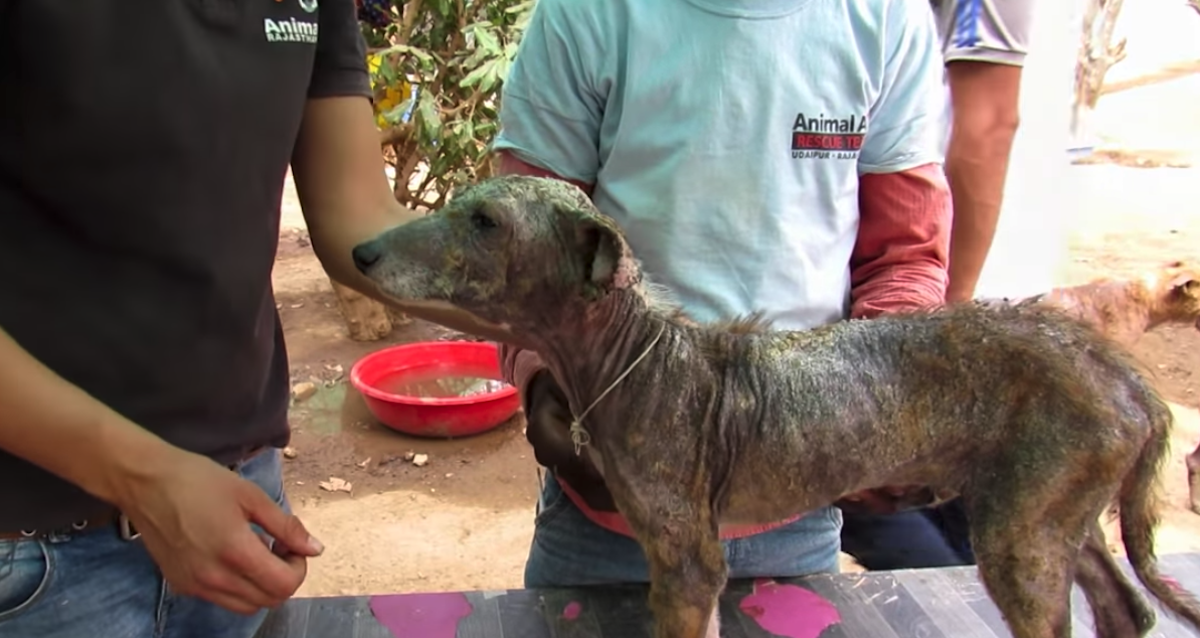 When they rescued this little guy, he was in pain and looked like a complete mess. But wait until you see Jamie today! 🙂