Have you ever watched “The Lion King”? If so, you will surely remember the saddest scene which brought tears to all our eyes. It would seem however, that we mere humans aren’t the only ones moved by the death of Mufasa; Simba’s reaction to his father’s passing. 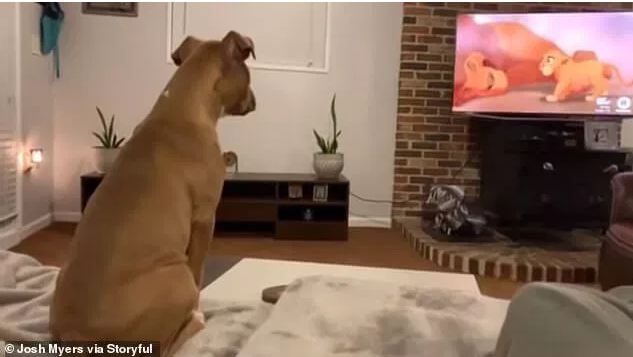 Maybe our dogs feel the same way watching movies? On Facebook, Josh Meyers, from Chattanooga, Tennessee, videoed his four-month-old puppy Luna getting emotional. When Myers posted the video, he also explained that Disney’s animated movies were favorites of Luna.

“Anything you feel, I can feel too.”

“So Hannah and I were watching the Lion King while Luna played wildly with her toys. But right as Mufasa falls to his death, she stops and turns to the TV to watch. To see her crying at the TV was the sweetest thing I think I’ve ever seen. She even lays down right after Simba lays with his dad….We don’t deserve dogs.  4 months old and she’s already showing empathy.”

Luna seems to understand what is going on and begins to whimper. Dogs are amazing.

You can watch the video by clicking here.