When an animal is homeless, they have to fend for themselves on the streets or in the wild. That means digging through trash to find food and burrowing into garbage to find shelter. Sometimes, during that struggle to live, tragedy can strike.

This German Shepherd mix had been wandering the streets for two months with a plastic jug stuck on his head. Luckily, kind strangers stepped in to save him. He is now appropriately named Bucket, and has exchanged the constricting container it had on its head for a loving home, but that doesn’t make their story any less harrowing.

Bucket being freed from his personal plastic Hell. His savior Audra Bohannon used metal shears to cut the jug open. 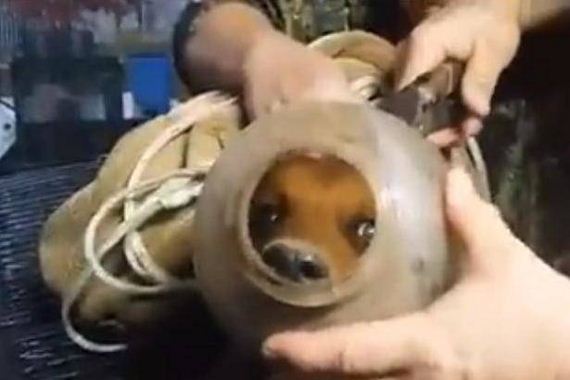 This poor puppy looks so shaken. I can’t say that I blame them. I don’t know what I’d do if I had to walk around with a jug like that on my head for two months. I definitely wouldn’t be this calm and collected, that’s for sure. 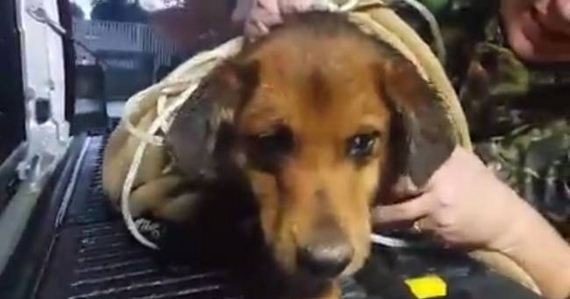 Watch the puppy get freed from the plastic pet feeder below.

I’m glad the poor puppy is free and living with a nice family, but I still feel so bad for Bucket. It’s a good thing people like Audra Bohannon exist or else this dog would probably still be trapped. What a tragedy that would have been.