There’s nothing like a dog being taken from a life of neglect and abuse and placed in a situation where they can live the way they were always meant to live. Every dog deserves this love and affection. And it’s such a special thing to witness the moment when it all changes for them. 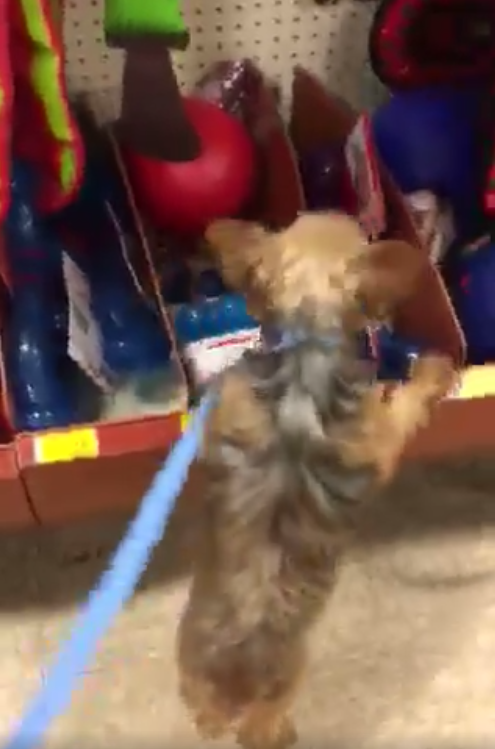 A 10-year-old Yorkie named Katarina was rescued after spending her entire life in a tiny cage at a puppy mill. A foster family took her in while she had dental and spay surgeries done and was treated for heartworm before moving on to her forever home. And one day, they decided to take her to the pet store! 🙂 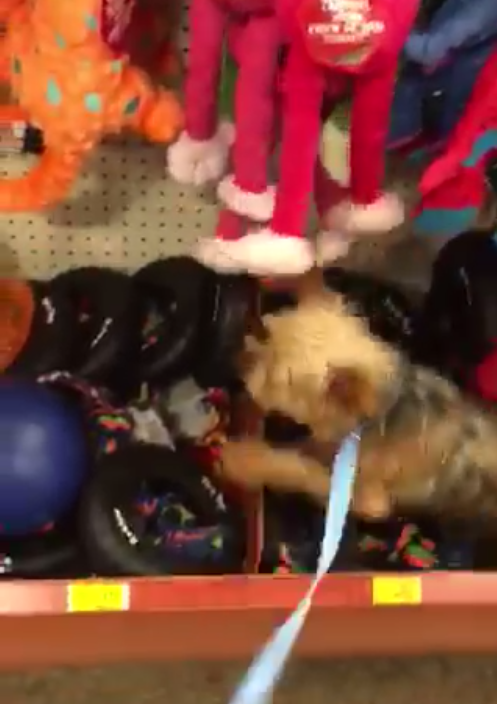 The senior dog has never had a toy or been able to play, but now she gets to pick out her very first toy. The little girl is so excited that she jumps right up and into the bin! A bit easier way to pick a toy out for such a little dog I suppose! What a heartwarming sight.