With so many sad stories out there, sometimes it is nice to hear some good news. It is always great to get a piece of good news in a world full of sadness and misery, especially when the news involves a precious dog that is this cute. 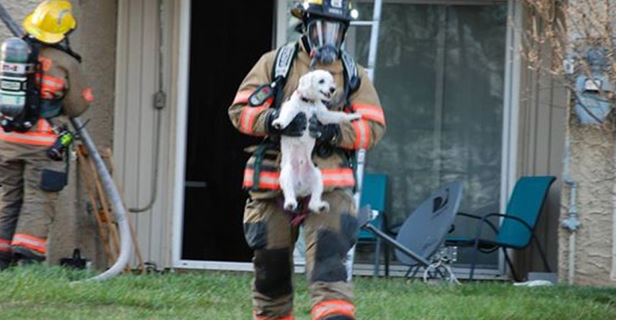 The story takes place in Maryland, in the town of Parkville. A fire broke out at an apartment complex and a firefighting team was called to the scene. They arrived as quickly as they could and once they reached the building, they immediately set about the task of dousing the flames and keeping citizens safe.

The family that was trapped inside was saved, as well as their adorable puppy. Walter Sands, who was one of the first firefighters to reach the burning apartment, was responsible for picking up the puppy and bringing him outside. He could not believe his eyes when he saw the puppy’s face. 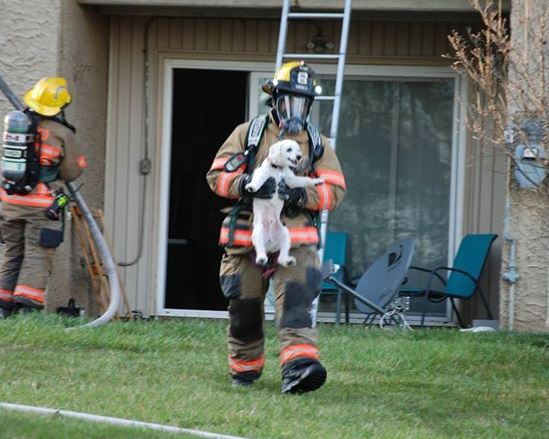 The animal did not look afraid or panicked, he just kept right on smiling like nothing had happened. Can you imagine smiling as your home burns? Maybe this dog knows something that we don’t. Perhaps this dog knows that all possessions are fleeting and that the only thing you can count on in this world is your family.

Typically, animals are far more likely to become upset or frightened in these types of scenarios, since they do not have any experience in handling traumatic situations. But the dog in this story passed this test with flying colors and was happy to receive a photo opportunity, as you can tell from these images. 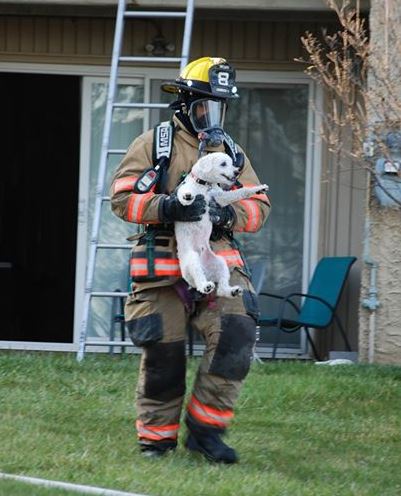 The little guy almost resembles a prince being taken from his castle by a royal team of helpers, that’s how relaxed he is. Luckily for us, the witnesses who were at this amazing scene took the time to snap a few photos and upload them to Facebook. Otherwise, we may have never seen this incredible moment for ourselves. 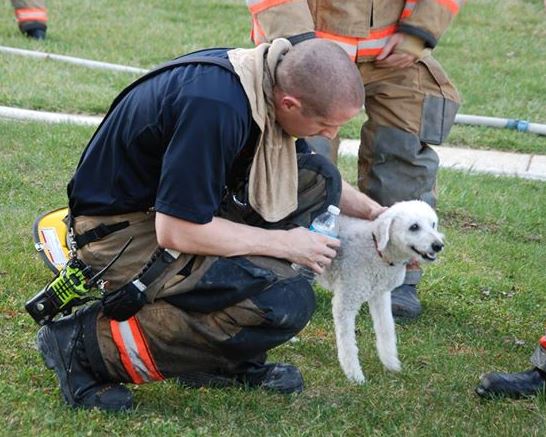 This pup probably felt like he was on top of the world, being carried away by a team of firefighters after receiving a timely rescue. We could all learn a thing or two from this dog, who already knows that the health and safety of our families is the most important thing of all, even more important than our material possessions. 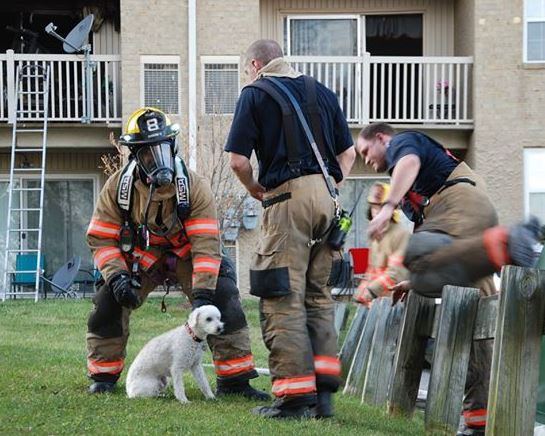