A puppy with a severe head injury was dying in a gutter until rescuers came to save him.

“We received an urgent call on our helpline reporting a puppy who had been heard crying from within a closed sewage gutter,” said Animal Aid Unlimited, India. “Our rescuers had to lift a large slab of cement covering the gutter, and laying in the water, so weak his nose kept falling into the water, was a puppy who seemed to be taking his last breaths.” 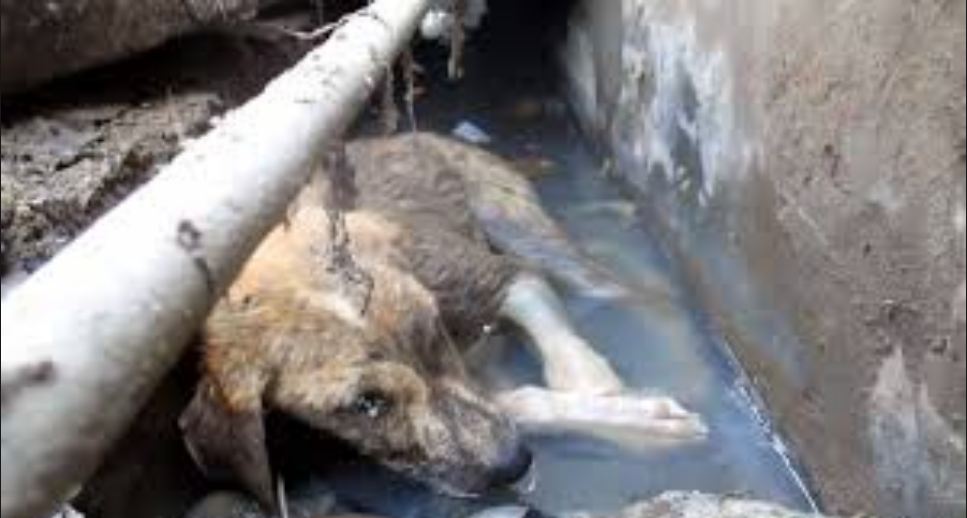 His moans are heartbreaking to hear, and it was clear he was suffering tremendously, although he had no visible injuries.

“We scooped him out but discovered he had serious neurological problems,” his rescuers write. Although, little Leo was safe, he couldn’t stand up properly and kept circling and falling over. They thought he might never recover. But after several days of circling and falling, he started learning how to walk again.

Watch this extraordinary story of a puppy’s determination to play again in the video below.