A beautiful puppy found dumped at a landfill has a long, happy life to look forward to thanks to a rescuer’s daily routine.

Finding dogs at the local landfill is an almost daily occurrence for animal rescuer Takis Proestakis. In fact, it was his rescue of one abandoned dog at the garbage dump that lead him to establish Takis Shelter. 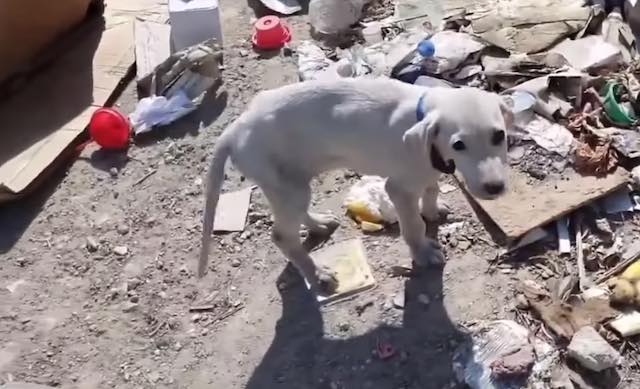 Unwanted dogs are often thrown out like trash at the garbage dump on Greece’s island of Crete. As the landfill is en route to Takis Shelter, Takis inevitably drives home with another dog. That’s what happened on this particular day, when Takis spots Samu. 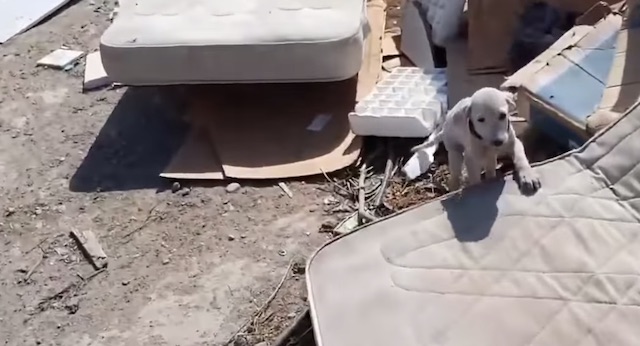 Samu almost blended into his surroundings – his white fur the same color as the mattress he was hiding behind.

“Here we are again,” says Takis in the rescue video (see below), as he lets his dog Zoe out of his car. Takis hopes that  Zoe will help lure the puppy to him and it works. 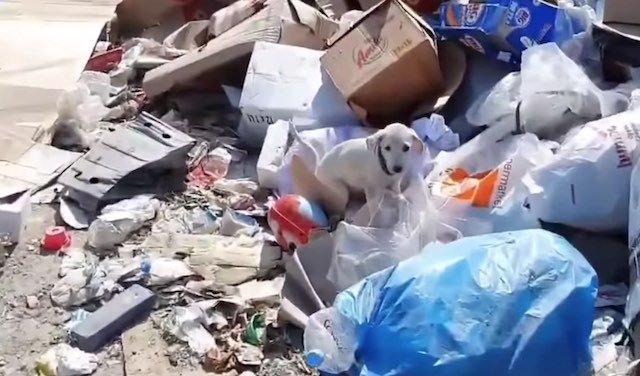 As soon as the pup is safely in his car, Takis can’t help but admire the puppy. “Look at this beautiful face,” he says, noting this particular puppy still has a blue collar on. 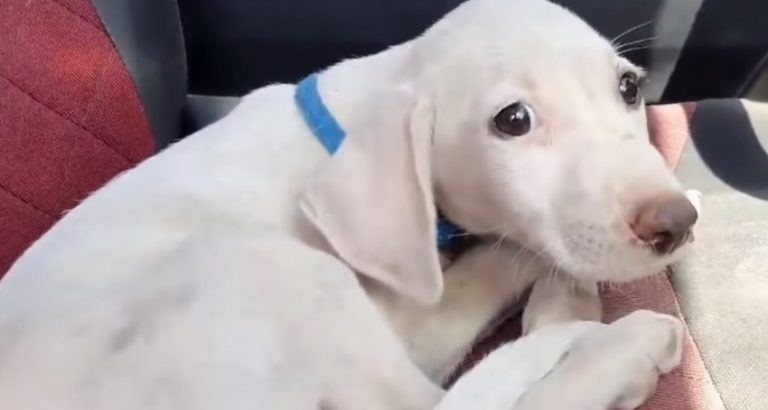 Takis takes Samu back to his shelter, which is nestled on a mountainside amidst an olive grove. At any given time the shelter is home to 300 dogs.

Samu was shy at first, but the puppy soon relaxes around the other animals and begins to play with the other dogs at the shelter. 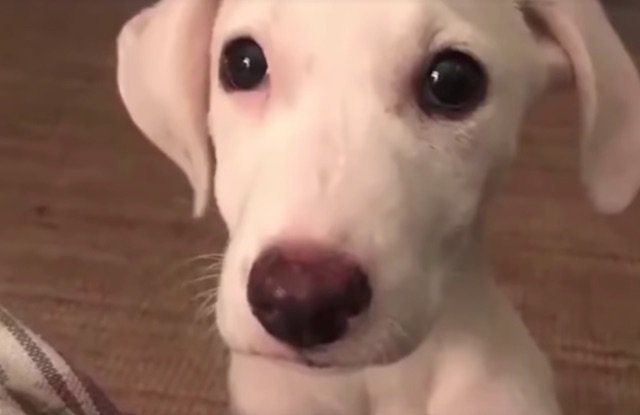 It doesn’t take long for Samu to catch the eye of a foreign visitor, who fosters dogs for Takis in her home in Finland. Samu is soon in Finland and befriends two other dogs rescued from Takis Shelter. He is on his way to having the happiest life!

Watch until the end of the video to see the heartwarming update on Samu!