The idea that someone could willfully hurt an animal is almost too much for us to bear and when we first heard about the story of a puppy who was hurled from a moving vehicle in South Carolina, we could not even begin to fathom the level of cruelty that would cause someone to behave in such an atrociously thoughtless manner.

Fortunately, the puppy was subsequently found in the road and rescued by a group of helpful animal control officers. From there, they got into contact with a North Carolina animal rescue organization known as Boxer Butts and Other Mutts. 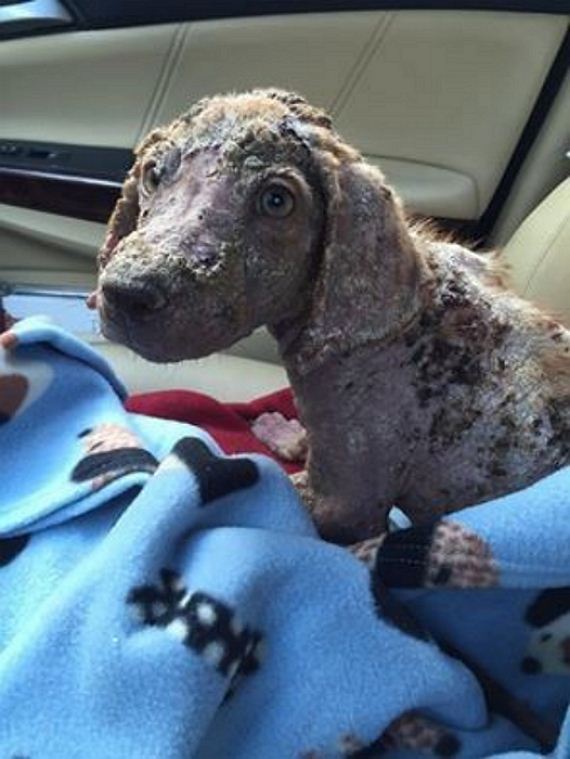 The founder of Boxer Butts and Other Mutts, Heidi Schermerhorn-Wagner, only needed to take one look at the pooch’s photograph before she decided to help the poor creature. While she knew that the animal had a long journey ahead of her, Heidi was committed to providing the pup with the assistance that she so desperately needed. 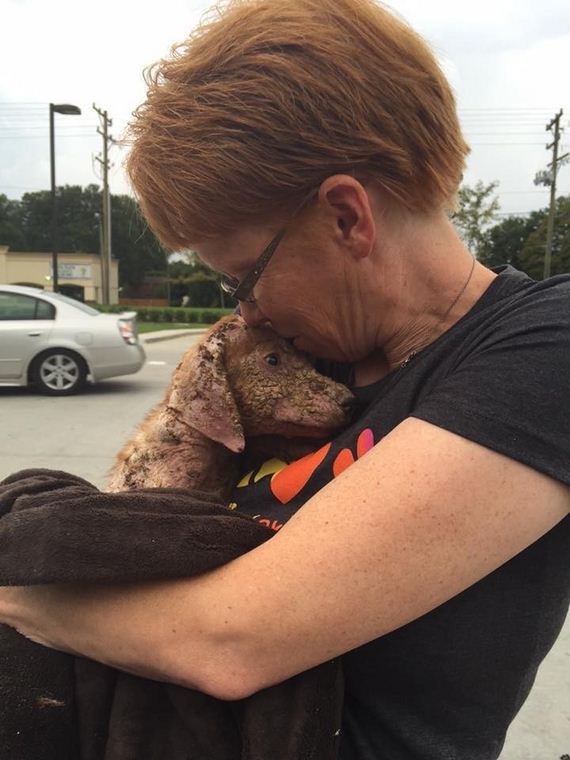 The dog was renamed Callie and Callie was stricken with a severe skin infection when she was first found. Not only was her skin infected, but she was also covered in mange. The vet who was responsible for treating her condition said that it was the single worst case of mange that they had ever seen. 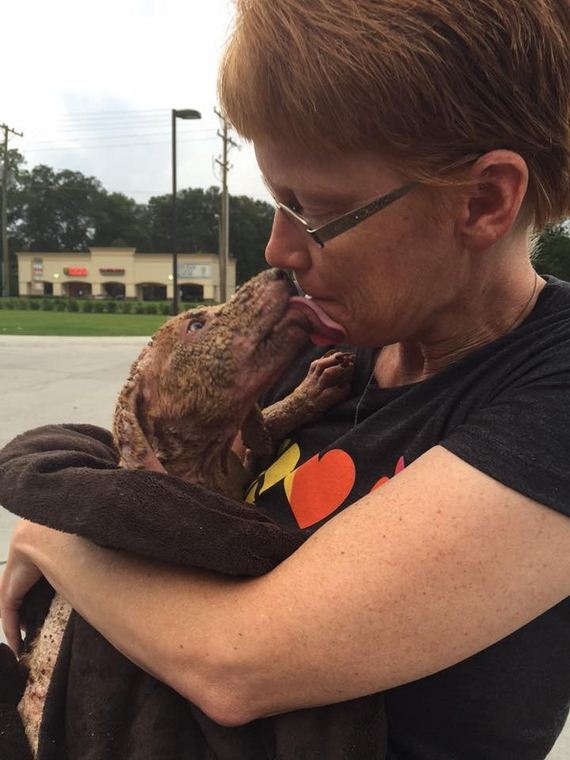 Callie was dangerously thin and her spirit was almost completely broken as a result of the trauma that she had endured. She had developed a very understandable fear of people because of the ordeal and she had become so wary, she would shake and cower whenever anyone attempted to pick her up. 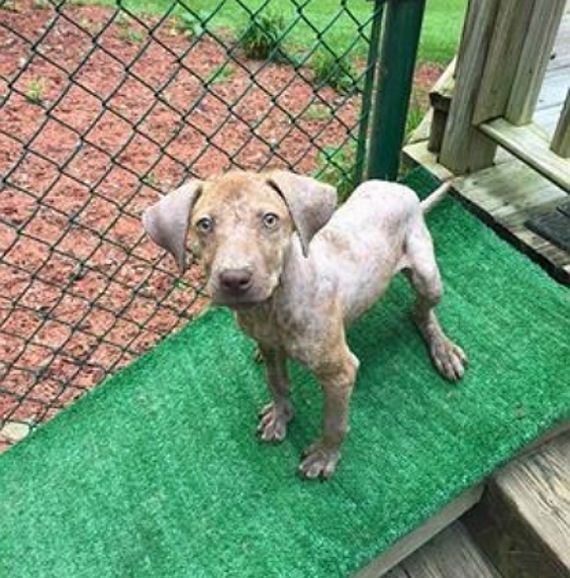 Once time began to pass and her wounds started to heal, Callie’s demeanor finally took a turn for the better. She’s slowly started to trust people again and she now knows how to be happy. Her pain has subsided, allowing her to walk much more easily and her love for running and playing with toys is boundless.

While her hair has begun to grow back, she’ll need a few more months of care before she is ready to be adopted. In the meantime, she has gone from an uncertain existence and teetering on the brink of death to being showered with love by her rescuers at Boxer Butts and Other Mutts.

Do you think that you may be interested in Callie once she is fully recovered? If so, follow the Boxer Butts and Other Mutts Facebook page for additional information.