I know I’ve said that I’m much more of a cat person than a dog person, but there is one thing that I absolutely love and admire about dogs, and that is their unwavering loyalty.

A dog will be loyal to their person – even if they don’t deserve it. And the little black and white pooch in the video below is living proof of this.

When most of us get dogs as pets, we get them with the intention of having them forever. Unfortunately, many dog owners don’t hold up their end of the bargain. 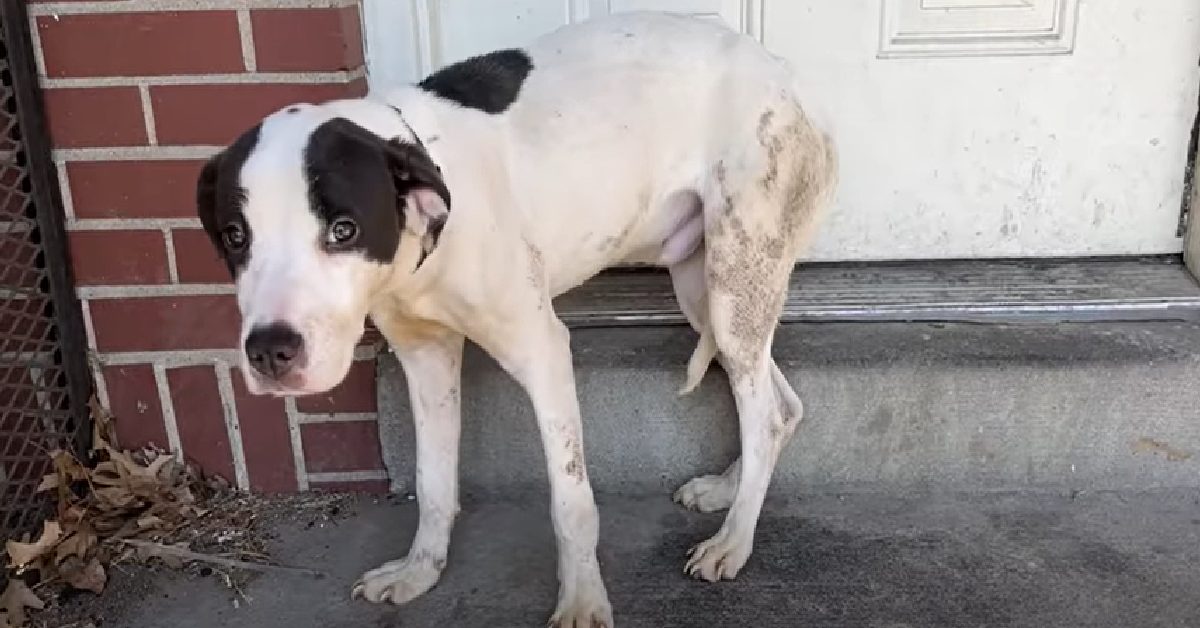 Some dog owners just get bored or overwhelmed and decide that they’re better off without the responsibility. Sadly for this little pooch, their owner had gotten fed up and decided they didn’t want to bother with him anymore.

Rather than taking the pup to the proper authorities and responsibly surrendering the dog, the owner simply put the dog outside. 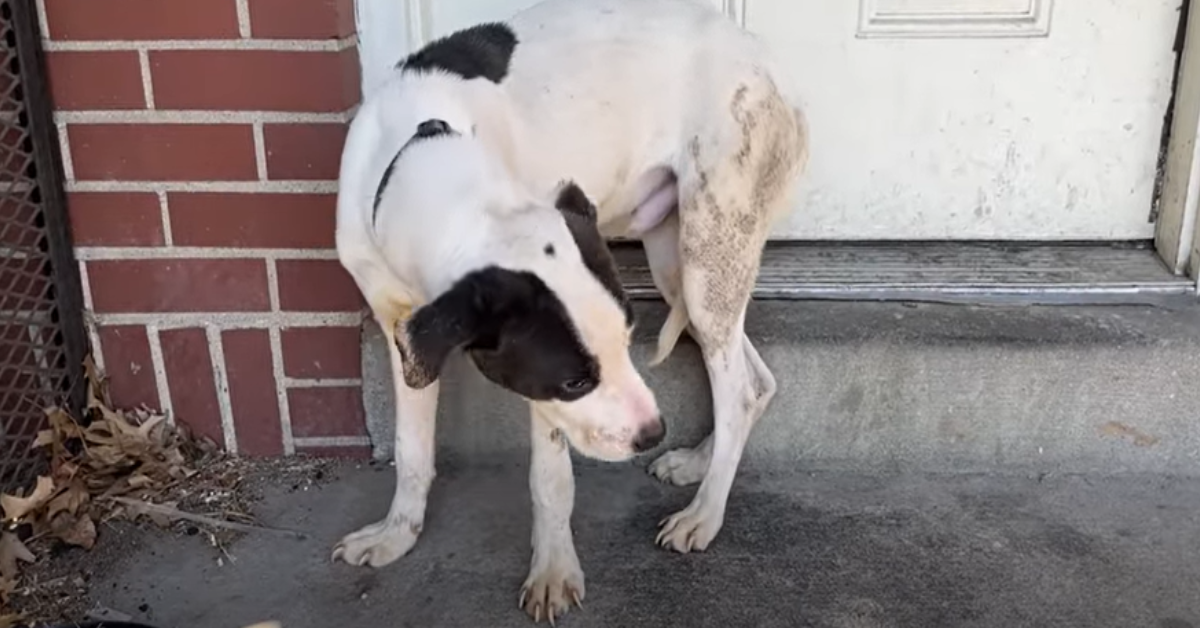 It seems that they figured, out of sight out of mind, and were probably hoping the dog would simply wander off on his own and get lost. Someone else’s problem, right? Well, the owner definitely underestimated their dog’s unwavering loyalty.

Despite suddenly finding himself outside, this sad little pooch refused to leave. He was scared and shy, unsure of why he was suddenly turned out of the only home he’d ever known. 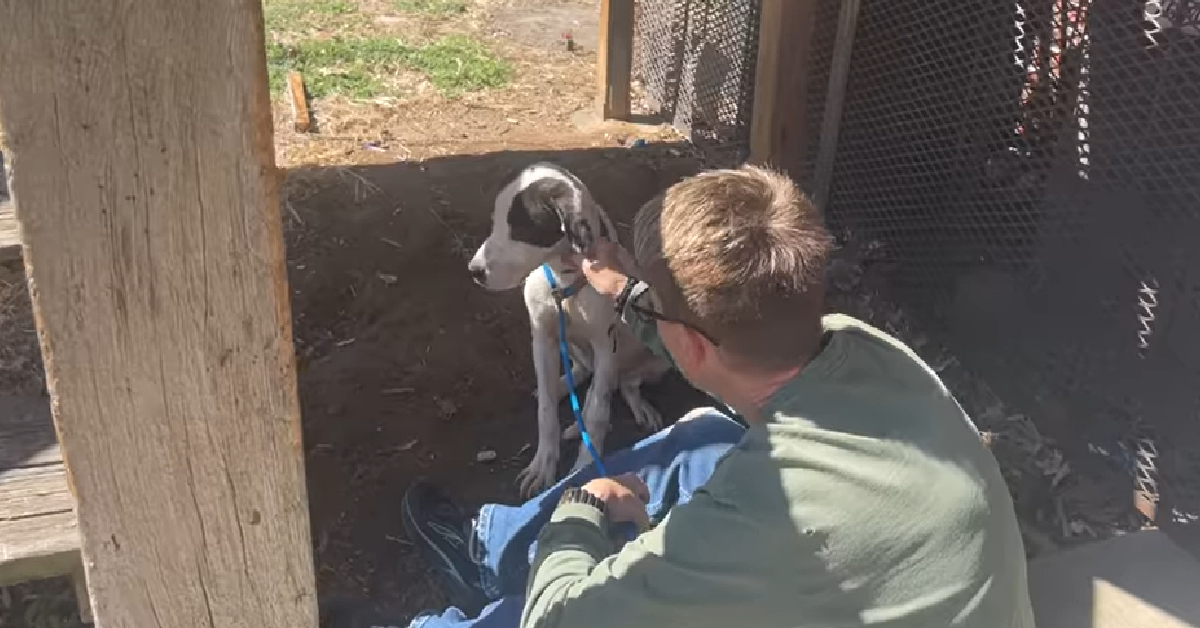 But sadly, his owner was not going to change their mind and bring him back home. So, the poor dog stayed outside in one spot, in his own filth, waiting for rescue.

The neighbors started noticing the sad and neglected dog, so it wasn’t long before news of the dog in need reached Stray Rescue of St. Louis.

The rescue showed up to the scene to do what they could to help. They were heartbroken to find the nervous animal was very untrusting and unwilling to leave with them. 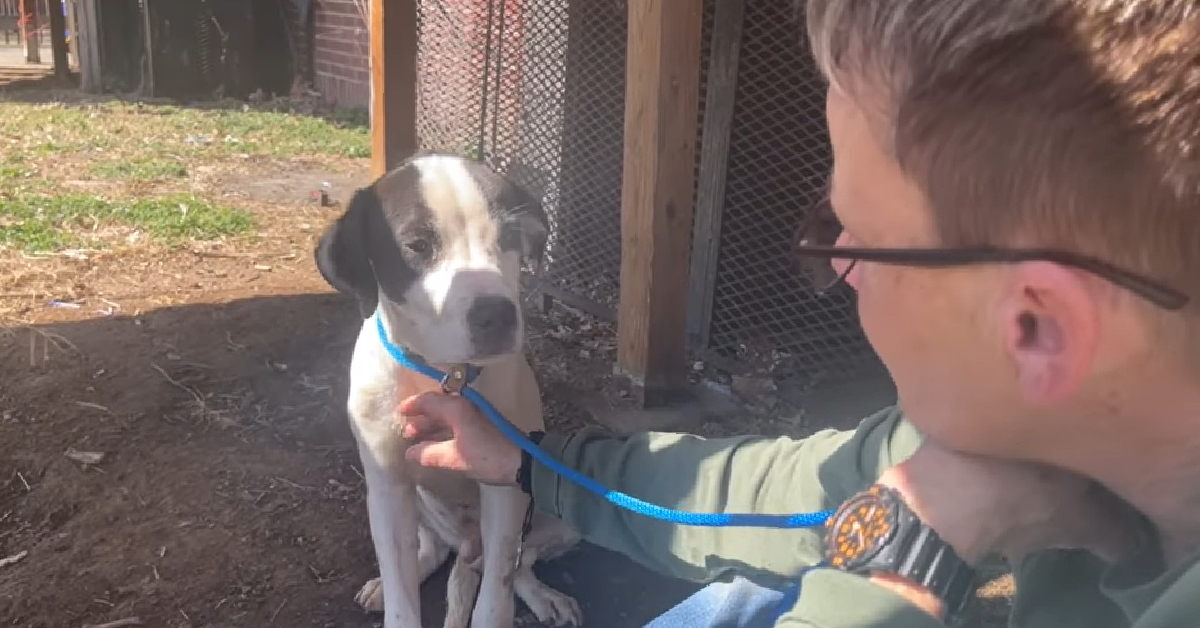 It took one of their rescuers, Donna, a while to get the dog to come around. She sat with him for some time, gaining his trust and showing him love and kindness – perhaps the first he’s ever had in his whole life!

Eventually, Donna got the dog to a good place where she was able to harness him and carry him off to start a better life. 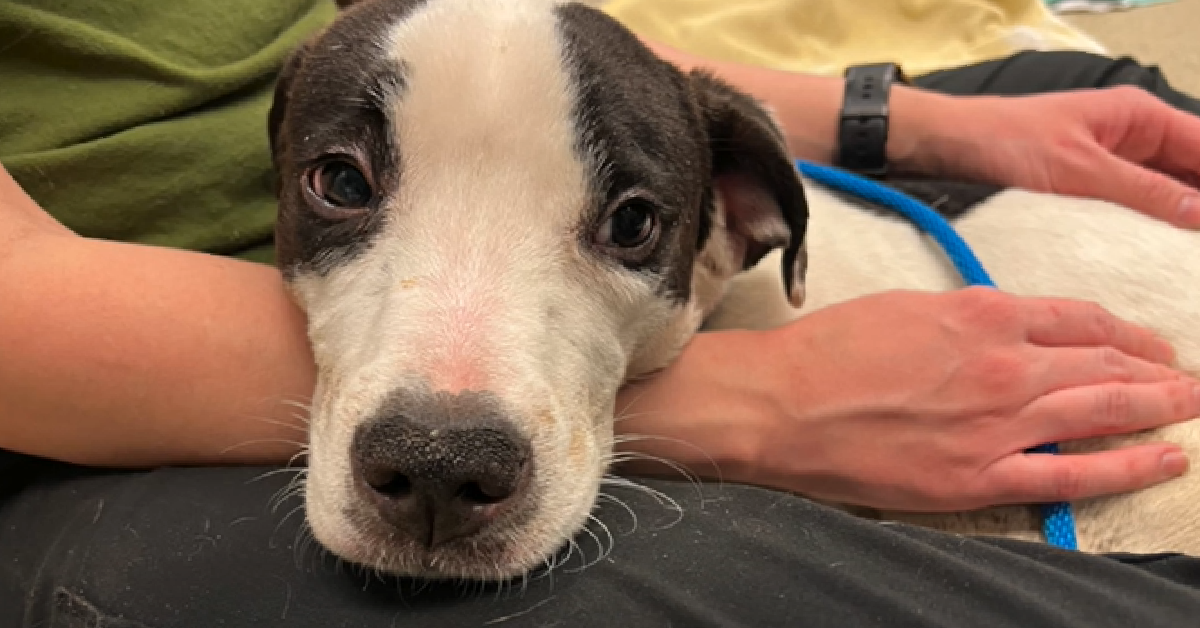 Fortunately for this pooch, with good people in his corner, there is nowhere to go but up! “He’s safe now in our family. Let the healing begin,” the rescue wrote about him on their YouTube video.

Watch the video down below: