We know a mother’s instinct is something in nature that is unexplainable and has no competition for fierceness of love. We see it all the time, a mom who knows before it happens that her kid will stumble and fall. 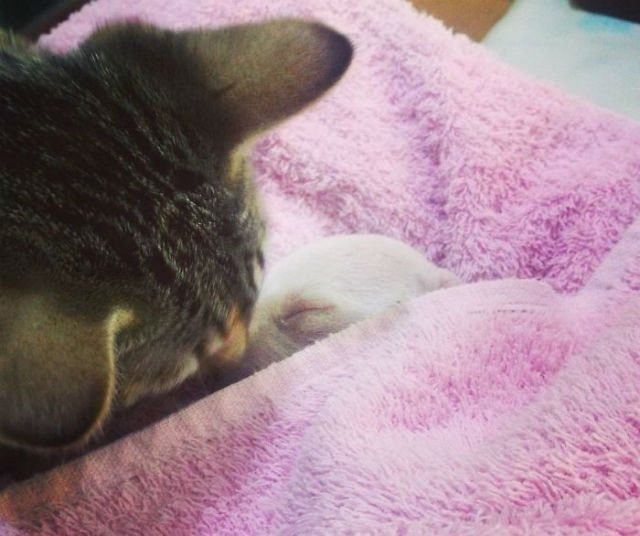 She watches out for us and protects us from the world and the elements. She is our guardian and the one who brought us into this world. So we trust her to do right by us and take care of us.

Sometimes though even a mother can have her faults. Can have issues and problems and it has nothing to do with us. In one case a mother dog gave birth to 4 little puppies. 4 puppies who were in her care and needed her to survive.

For unknown reasons this mother decided she couldn’t care for them and decided to eat them instead. This is how Nicolas lost 3 of his siblings before he was even a few days old. And he himself did not escape untouched.

Continue onto the next page for the outcome of little Nicolas being born to the wrong mother. SEE the photos of this little survivor!

When he was found his mother had begun to eat his paw, but Nicolas was rescued in the nick of time! There could be multiple reasons a mother might eat her pups though it is said to be a rare occurrence. One thought is she may not have recognized the puppies as her own. 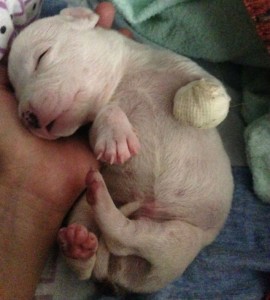 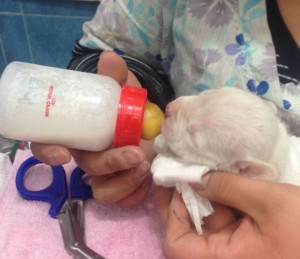 This story does have a happy ending as little Nicolas was adopted into a family with 1 human, 5 other dog mates, and 2 cats which have decided to take him in as their own. His prognosis was dark and he needs constant care and bandage changes. But his new mother cats keep him warm, clean and dry. 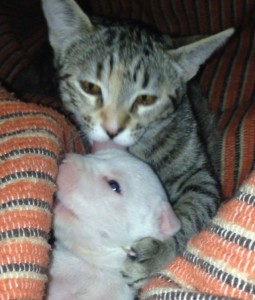 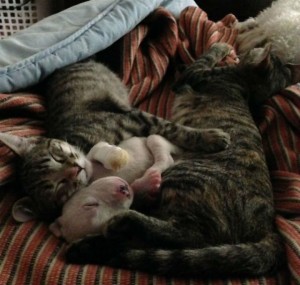 Moving in at just one week old they have taken him in and are caring for him as their own. Goes to show blood isn’t what makes a family, love makes a real family.