Most rescue dogs whose lives are saved when they are sprung from the shelter have a lot to be grateful for, and four-year-old Pit Bull, McKenzie, is one of them. McKenzie’s owner describes the pooch as happy-go-lucky, energetic, and a lover of affection. The title of “hero” can now be added to that list of amazing qualities.

Sadie Peterson says the dog was out for her nightly walk in the Lake Waukomis area of Missouri with the family’s 13-year-old daughter when a man came out of nowhere and approached the girl. He was mumbling incoherently and lurking around the wooded area in the backyard. 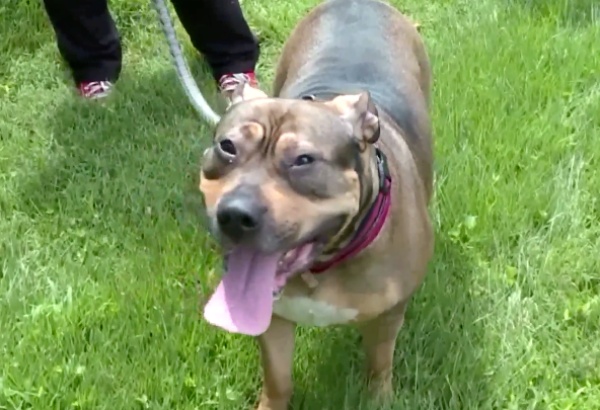 “I heard a growl and a bark come out of McKenzie that I have never heard her do,” Peterson said. “She obviously sensed her person was in danger because she is Maggie’s dog.”

Even more amazingly, McKenzie stood guard between the man and the daughter while Peterson helped the girl inside so she could call 911. Although she admits the rescue Pit Bull was never trained to be a guard dog, on that night she followed her instincts and it paid off. 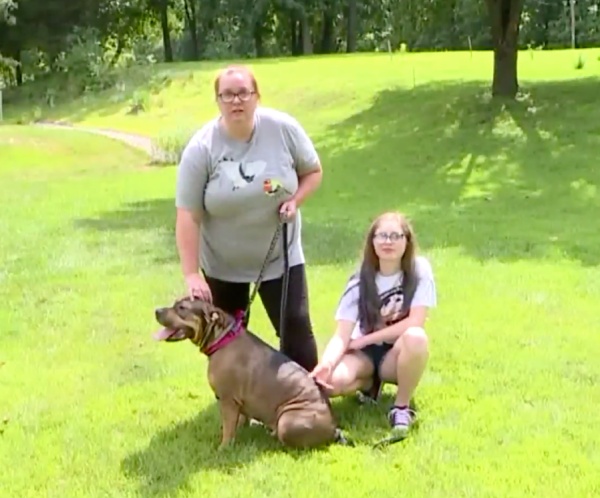 Thankfully, the suspect was found a few blocks away, arrested, but not charged in connection to this incident. It is believed the man was under the influence of drugs.

Peterson told media that McKenzie got extra scritches behind the ear and some extra time on the couch with them. Way to go, sweet pooch! 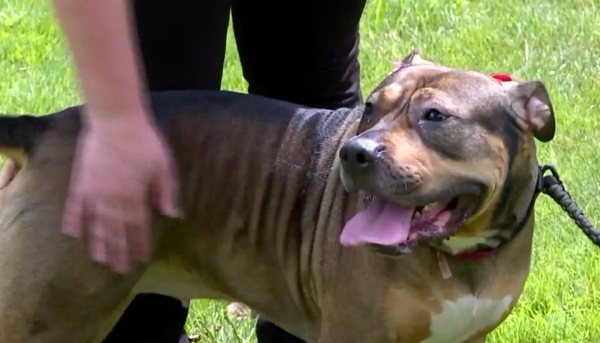