When you think of a day at the pool images of barbecuing with the family, sunscreen, and splashing around in the water usually come to mind. But a day at the pool at this household is quite different. And quite adorable!

While you should never pick up a raccoon out of the wild and bring it home as a pet, Tito’s case is a lot different. He was rescued and raised alongside Penny the chocolate Labrador since he was just a baby, and they’ve become inseparable and somewhat dependant on each other. You’ll know what I mean when you see a typical day at the pool with them. 🙂

Tito walks up to the side of the pool and sticks his front paws in the water when he’s greeted by Penny. Penny then follows Tito around the edge of the pool as mom films the entire thing for us to witness. 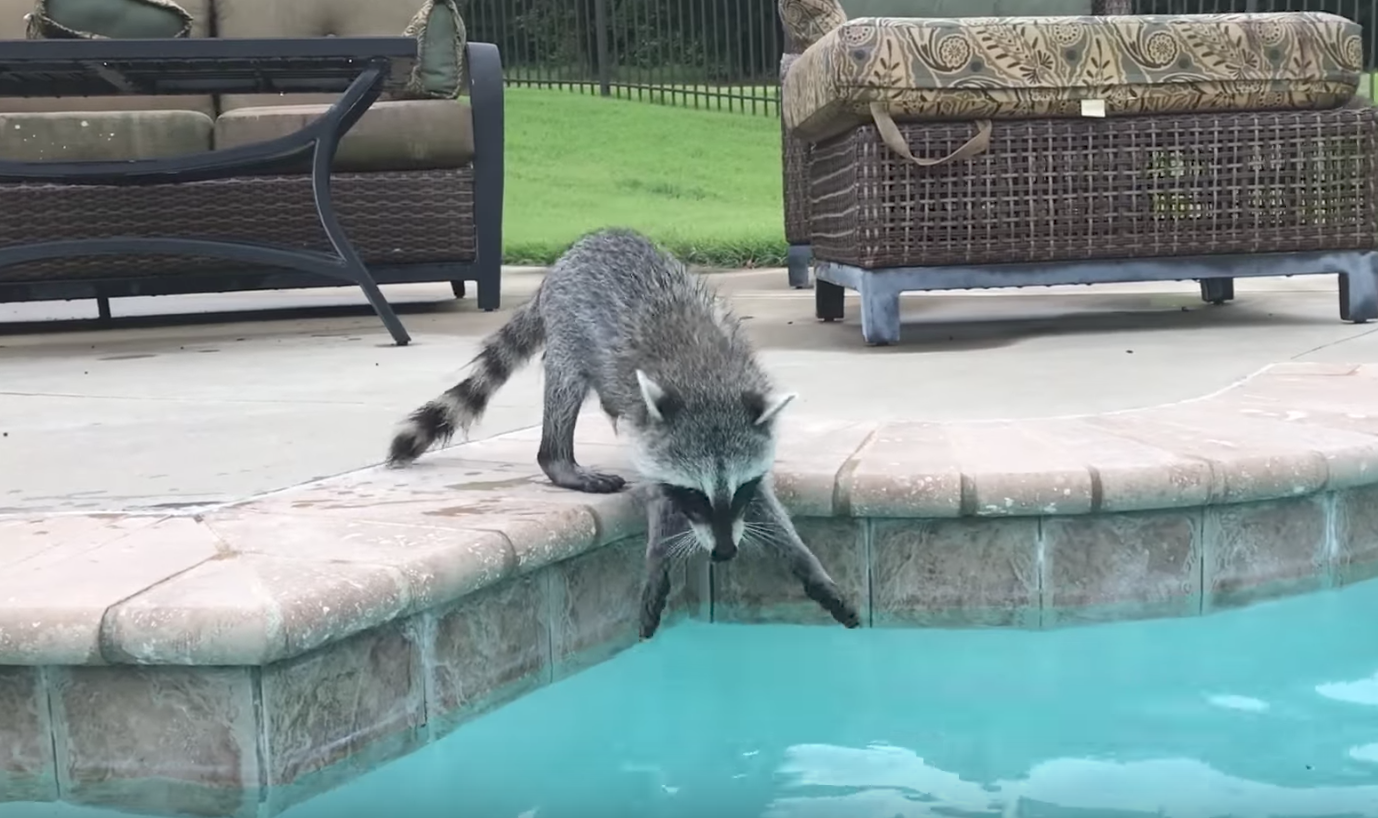 Then for the best moment. The raccoon decides to make a splash and jump in, and without any hesitation, Penny dives in right behind him! They swim side by side for a moment before Tito hops on Penny’s back for an adorable ride around the pool.

The dog decides that’s enough for one day and gets out of the pool. But Tito floats on an inflatable and swims around a bit more by himself. The video ends with amazing underwater footage of the raccoon’s little paws paddling around before he gets out and dries off. 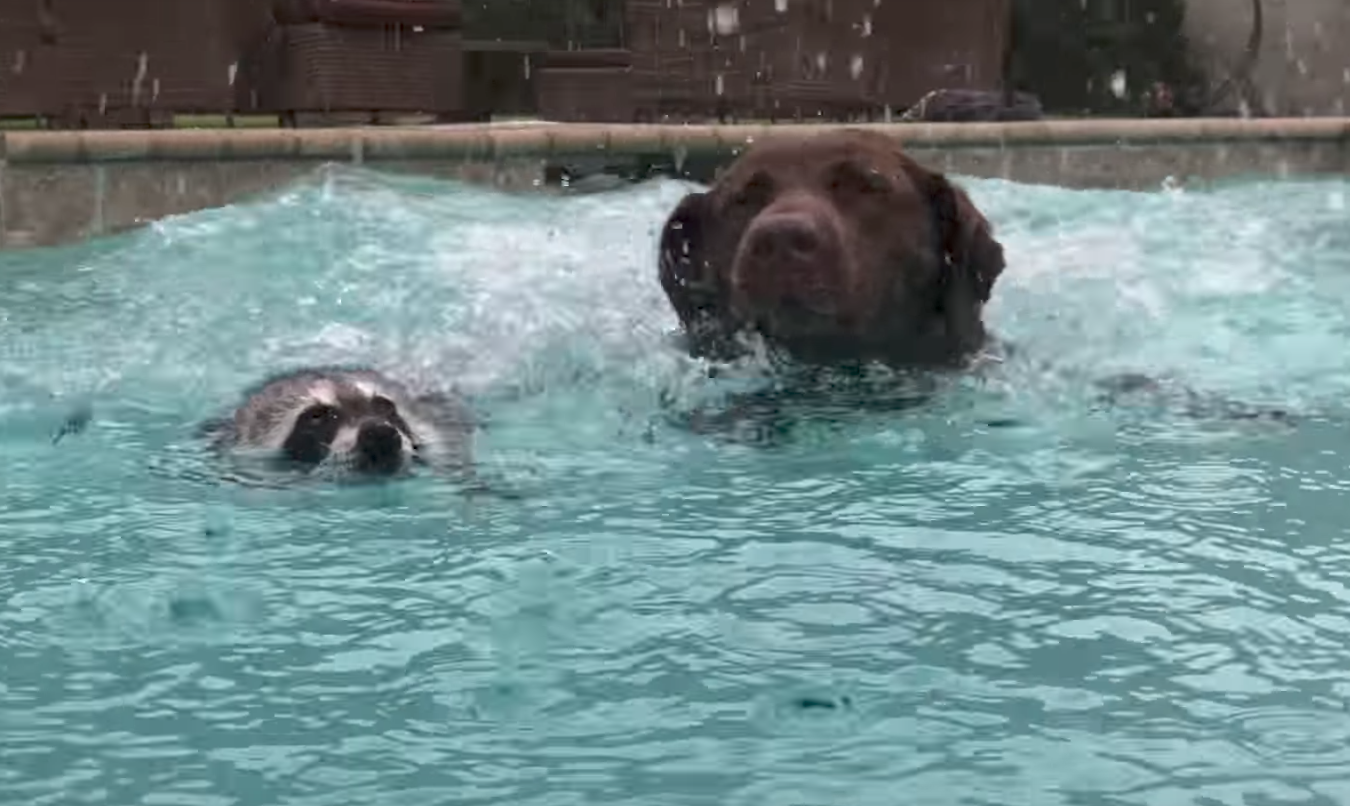 They’re like a pair straight out of a fairy tale! 🙂