Seal pups are already super cute, but there is one little guy that is melting hearts because of his unique and striking appearance. This little seal pup is a very rare ginger-colored seal. Biologists have already stated that he may need to be transported to a facility if his colony doesn’t accept him into the fold. In fact, they believe that his rare appearance could mean he’s being shunned by the rest of the colony.

The golden seal was born on the island of Tyuleny in Russia’s Okhotsk sea about a month ago. There is a seal colony that lives there. And during a trip to the island, marine biologist Vladimir Burkanov first took notice of the little pup – we’d imagine it’s hard for him to blend in. The little pup is pretty easy to spot in a crowd because he’s partially albino. This means that the pup has golden fur along with blue eyes and pink-colored flippers.

Here he is with the rest of the seal colony below:

According to UNILAD, scientists have revealed that the chance of a partial albino birth like this golden seal pup is pretty rare and occurs about once in every 100,000 births. While we see the seal pup as a cute little golden nugget, his colony sees him as more of an “ugly duckling” because of his difference.

This has happened before a few years ago when another ginger seal known as Nafanya was born and then later rejected because of her color. Biologists are now worried that the same could happen to the little seal pup. 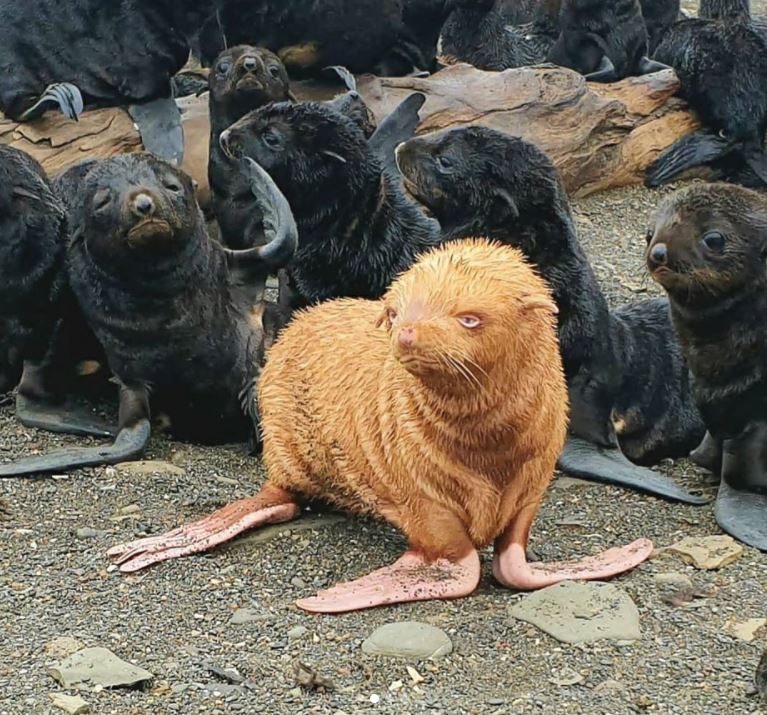 According to the Siberian Times, Burkanov has noted that while the little fur seal hasn’t been completely shunned, there are signs that the colony hasn’t fully accepted it as one of their own.

Burkanov has revealed that the little pup looking like he’s being fed and he’s being active, so there’s no doubt that the mother is giving it plenty of milk. However, he did notice that many of the other seals didn’t seem to be paying attention to it but to a point where it does cause some concern. Still, there has been no observation of the pup being chased or bitten, so that is reassuring.

Another observation that Burkanov has made has led him to believe that the little ginger seal may have bad eyesight. Given his knowledge and experience of fur seals, Burkanov doesn’t have high hopes for the seal pup’s future of reaching old age or reproducing. 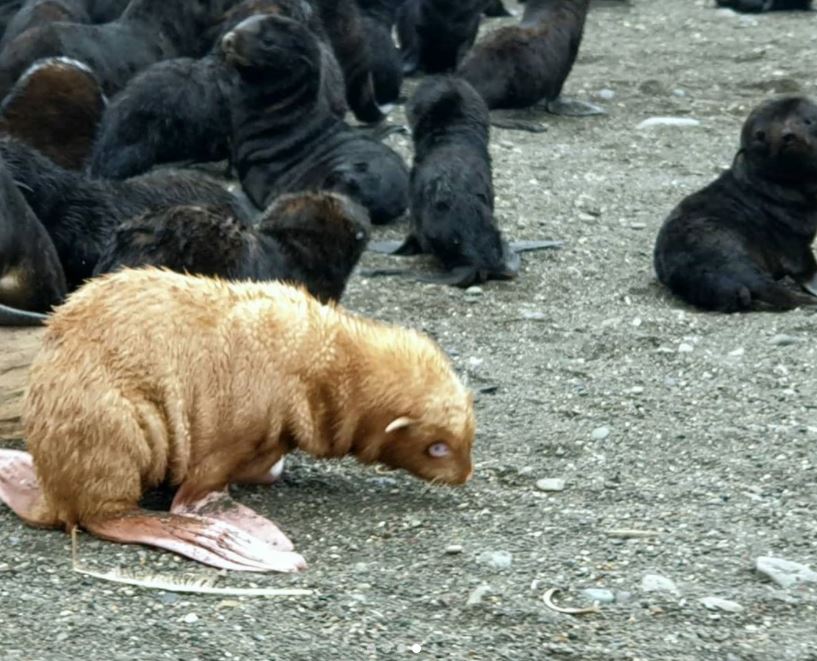 Biologists are now going to be monitoring the little pup to see how he fares. They will step in and rescue him if it turns out that he’s rejected by his colony. Should this occur, the little pup will a Russian dolphinarium like Nafanya. Nafanya was eventually adopted out to Sochi in the southern part of Russia.

But there still is some hope for the little seal pup as Burkanov posted a picture on Instagram that showed another partially-albino seal living at the Severo-Zapadnoe rookery on Bering Island. This particular seal was a fully grown adult.

In the caption, Burkanov shared, “He did not participate in reproduction this season and was seen on the bachelor section of the rookery only. Perhaps, this is the first documented case of the survival of a northern fur seal of an abnormal color to adulthood.”

With that little ray of hope, we can only keep our fingers crossed that this latest little golden seal pup can also grow into a full adult who is accepted into his seal colony. Either way, he’s quite adorable as a little golden pup. What do you think of this seal pup’s color?