With Hurricane Florence bearing down, a reporter for a local ABC station interrupted her Facebook Live broadcast to help rescue a dog caught in the storm’s flood waters. 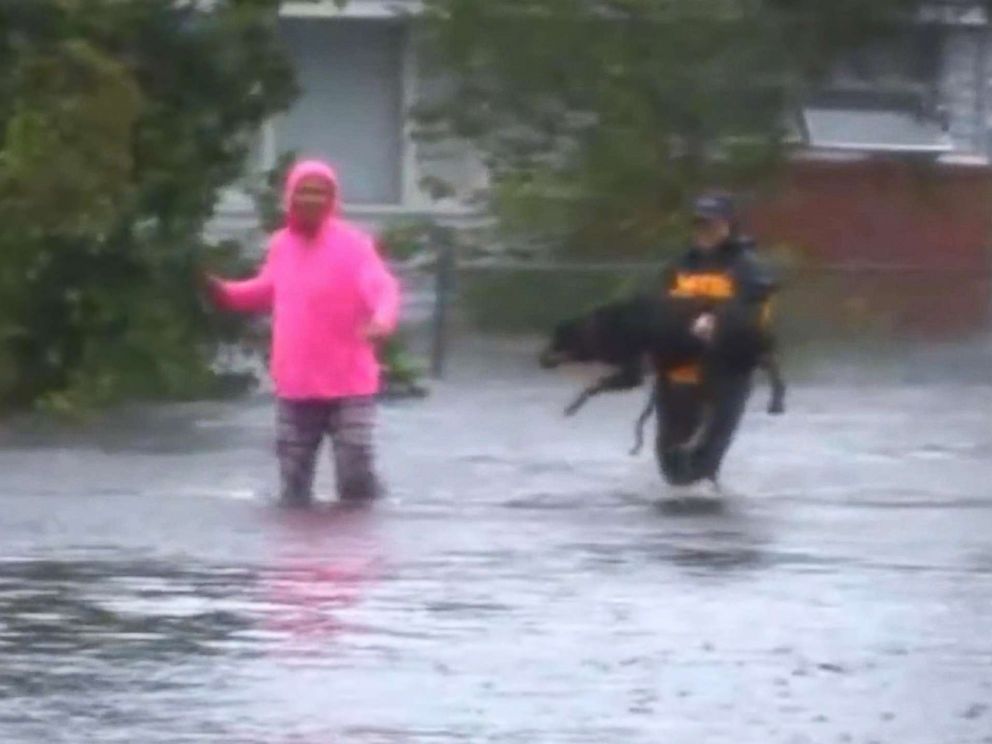 TO THE RESCUE: ABC station reporter interrupts live stream to rescue dog chest deep in the flooded streets of New Bern, North Carolina. After struggling to carry the big dog out at first, they all made it back to safety. https://t.co/Tbsr5qdPl5 pic.twitter.com/Sl87T0Nntd

WTVD’s Julie Wilson was in the middle of streaming live in New Bern, North Carolina, when she saw a woman struggling to save a dog, a Rottweiler, from the deep water. The dog had been injured.

Wilson was amid assessing storm damage when she noticed the woman having difficulty steering the dog through the deep water. Wilson asked the woman if she could pick up the dog.

“Can we pick this one up?” Wilson asked the woman. The reporter gave the woman the camera and carried the dog.

“You are OK, baby girl,” Wilson told the dog.

“Nobody is leaving the dog in this mess,” Wilson said. “That’s what we are doing out here.”

The woman thanked the reporter for her help.

The dog, it turned out, was the woman’s child’s therapy dog.

Hurricane Florence has been downgraded to a tropical storm and has weakened on Saturday since it made landfall on Friday. The storm has been blamed for at least six deaths. Many animal rescue operations and animal lovers have been out en force doing what they can to rescue animals who have been displaced by the storm