Cats are well-known for their ability to land on their feet. Now there’s a dog in Austin, Texas, blessed with an equally miraculous knack for getting out of trouble. “Heads up all you dog lovers,” Austin-Travis County Emergency Medical Services wrote on Facebook. “[This] is a scary story with a happy, feel good ending!”

According to the rescue team, paramedic Robert Luddy was on his lunch break when he was approached by worried hikers. “They told Captain Luddy that a dog had fallen off a cliff nearby and asked if he could help,” the rescue team recalled. “Captain Luddy, of course, sprung into action.” 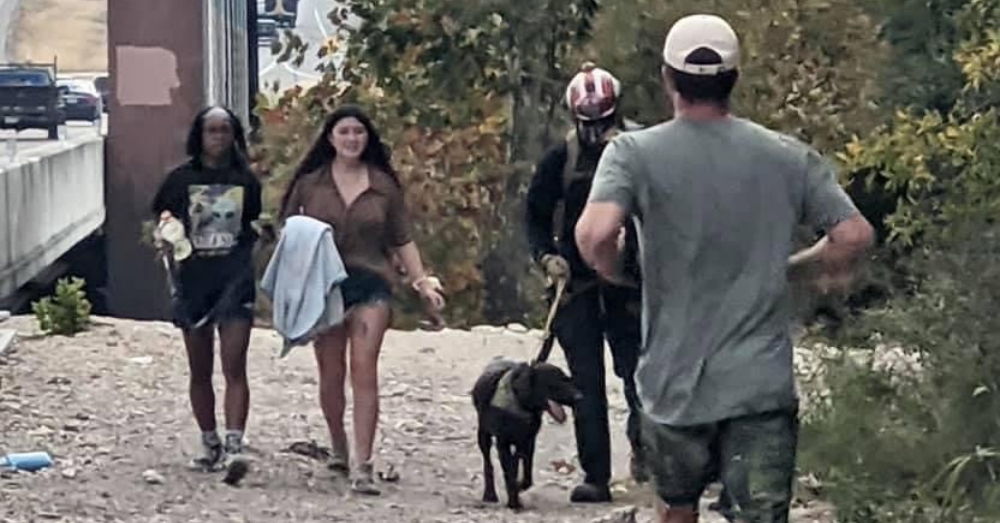 The paramedic grabbed his ropes and medical bag and began running towards the scene, even though the steep cliff face didn’t leave him overly optimistic about the dog’s chances of survival. “I got to the top of the cliff and found the owner, who had been calling to his dog franticly with no response,” the paramedic recalled.

Even so, Luddy dutifully rigged an anchor to a nearby tree and began rappelling down the cliff face, where he likely expected to find a grisly scene waiting for him below. 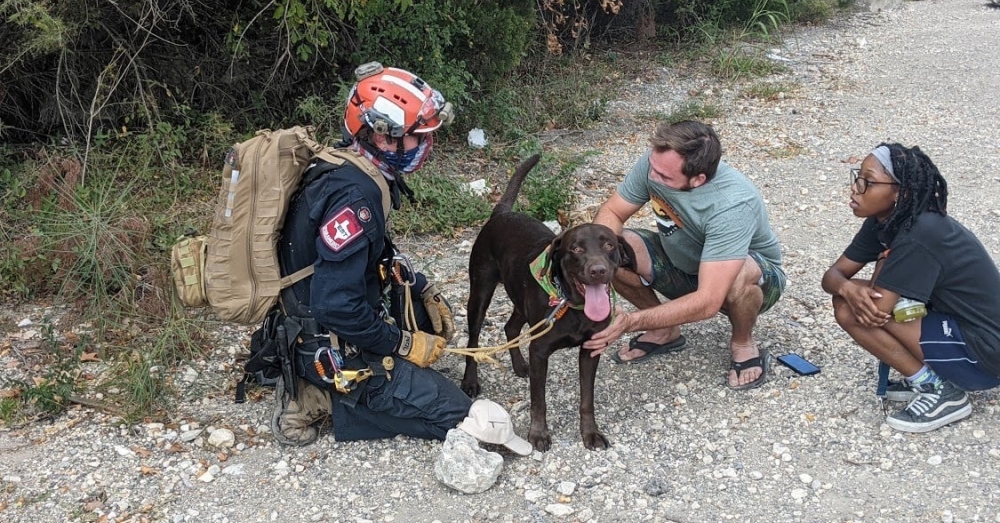 But when the paramedic reached the ground, he was pleasantly surprised to find the dog, Stout, “miraculously, mostly unharmed.” So Luddy simply refashioned his climbing ropes into a leash to walk Stout back to his relieved and grateful owner.

“He must have fallen about 70 feet, and hit a few branches and bushes on the way down,” Captain Luddy wrote on Facebook. “I was ecstatic to find him in such good condition.” We’re pretty sure his owner was, too!