Charlize is a 4-year-old pit bull mix who plays well with dogs and people. But the dog’s boundless energy was too much for some, hence the lively pup’s lengthy residence in a Delaware shelter.

“Can anyone guess how long I’ve been waiting? Well, I’ve been at Delaware SPCA since July 7th, 2018! Seems crazy, right?” rescuers wrote on Facebook as Charlize became the shelter’s longest resident. “The kennel can be stressful from time to time especially being here so long,” the rescued dog ‘confided.’ “I’m ready to cuddle up on the couch in my forever home.” 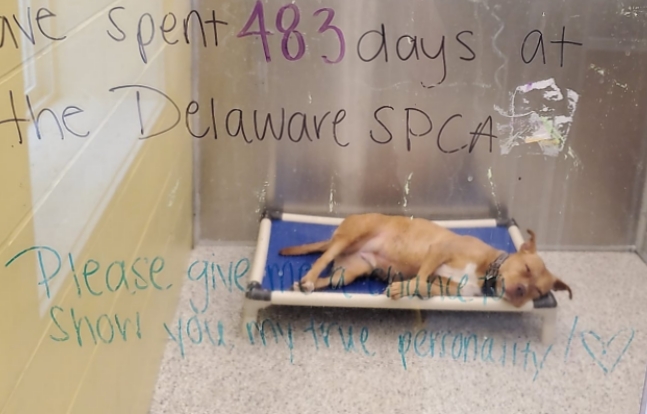 But the heart-wrenching post still failed to get Charlize adopted, which seemed especially unfair because the dog had already spent 5 months in a different shelter before transferring to Delaware SPCA! As the months ticked by, it started to look like poor Charlize might never meet anyone who wanted to take her home.

But on Charlize’s 866th day in the Delaware shelter, this patient dog finally got her big break. After years of being overlooked, Charlize was adopted by a U.S. veteran, Matthew, who had recently returned from deployment 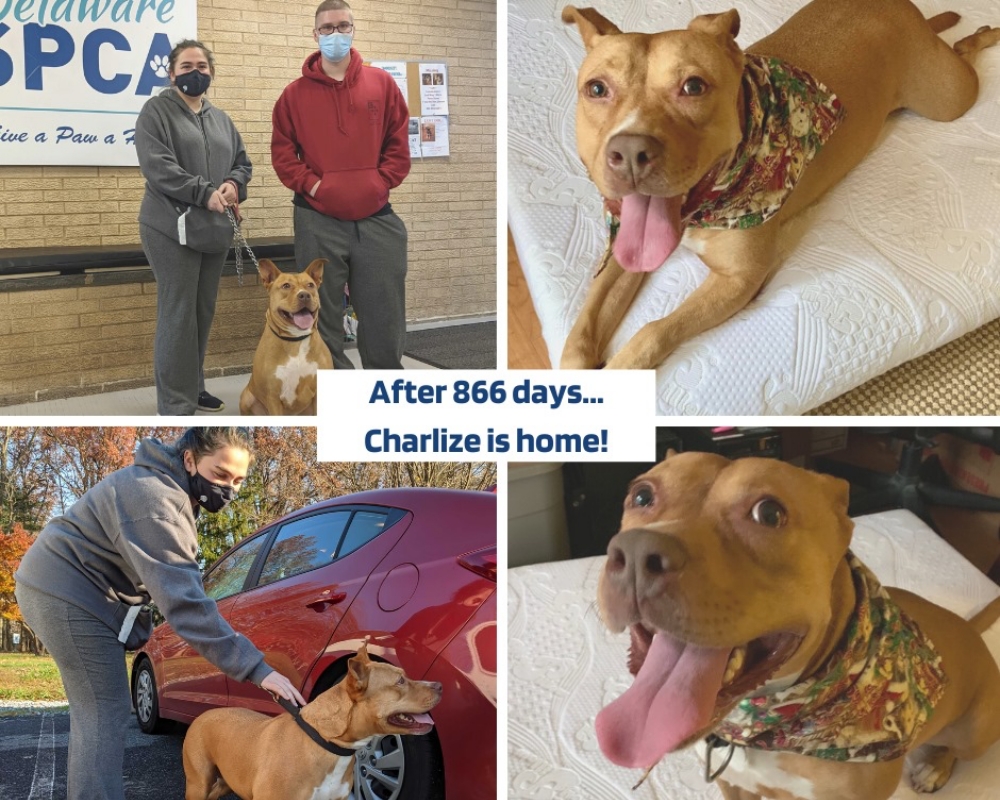 According to Fox 32, Matthew and his girlfriend Anna had just purchased a house, and they wanted a shelter pup to help make it feel like a home. When the couple met Charlize – who was cute, friendly, and shared their great enthusiasm for outdoor activities – they knew they’d found their missing family member.