Several months ago, Brian Myers adopted a 6-year-old German shepherd named Sadie from the Ramapo-Bergen Animal Refuge in Oakland, New Jersey. Sadie was a sweet dog, but like many shelter dogs, she came with her baggage. The shelter staff noted that she seemed to display a lot of anxiety and trust issues towards men, but surprisingly, she seemed to take a liking to Myers.

Myers was determined to get through to her and help her overcome all her issues. And that is how their friendship began. Eventually, Sadie would be able to repay Myers for all his love and kindness by helping to save his life.

Several months after her adoption, the 59-year-old Myers suffered a stroke at home. With only Sadie by his side, Myers struggled to stay awake. But Sadie wasn’t about to let anything bad befall her person. She made sure to keep him awake by licking his face, and she even helped to pull him towards his phone. 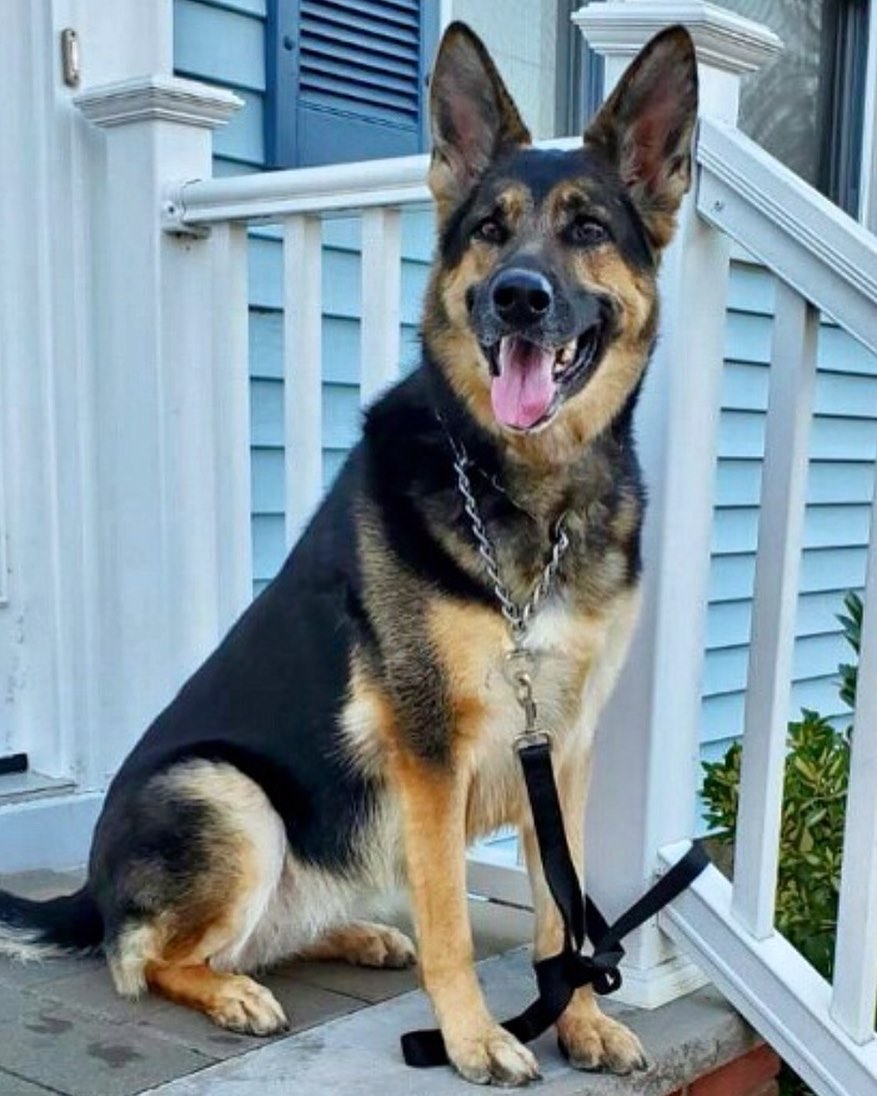 As the American Stroke Association has previously warned, timing is everything during a stroke since the faster you get help the greater chance you have of minimizing long-term effects or even death. So, Sadie’s quick actions very easily have saved his life.

Eventually, help got to Myers and he was taken into the hospital. During his stay, Sadie went to his brother’s house to await Myer’s recovery. Understandably, Myers was impatient to get out of the hospital and go home to Sadie. Of course, she couldn’t wait to see him either. In fact, their reunion was filmed, and it’s a real tear-jerker as you can clearly see the bond that exists between these two. 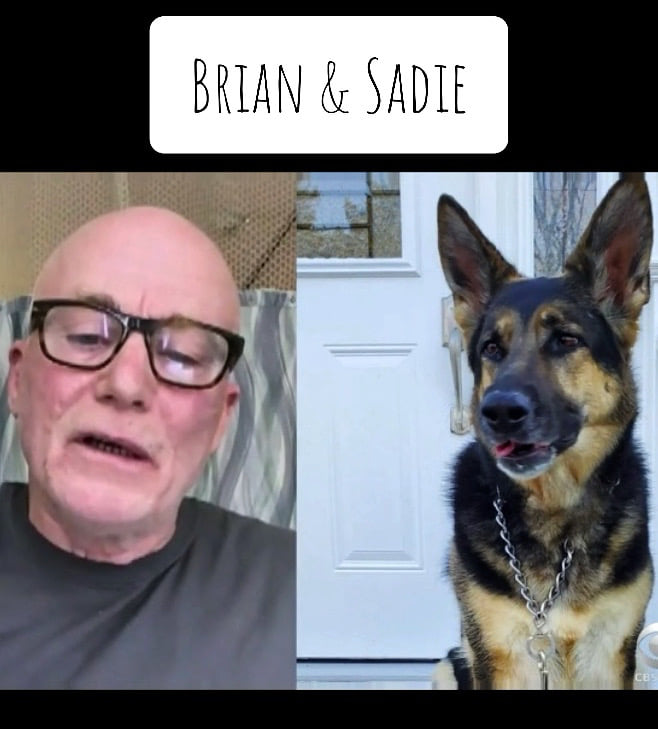 In the clip, Myers is seeing coming out of the Kessler Institute for Rehabilitation in his wheelchair. As soon as she sees him, Sadie is beside herself with joy – there is no containing her emotions. She goes straight for Myers and begins to lick his face. She even manages to lick his mask off his face! Myers was overcome with happiness at seeing his beloved pup again, and said during their reunion, “I can’t wait to be home with her.”

He also added, “I intend to spend the rest of my life giving her the best life I can.” It was a very sweet story of two friends that managed to capture local attention. The shelter where Myer adopted her from, the Ramapo-Bergen Animal Refuge, stepped in and created the Sadie’s Future Fundraiser website for people to make a donation if they wish, since Myers has since had to go on disability as a result of the stroke.

In addition, ABC7NY has reported that PETA will be awarding Sadie a Heroic Dog Award.

Vice President for PETA, Colleen O’Brien, said to ABC7NY that “Sadie’s intelligence and tenacity saved Brian’s life. Her heroism reminds us that many loving, dedicated dogs are waiting in shelters for a family to join, and PETA encourages anyone with the ability and resources to care for an animal to adopt one from a local shelter.” 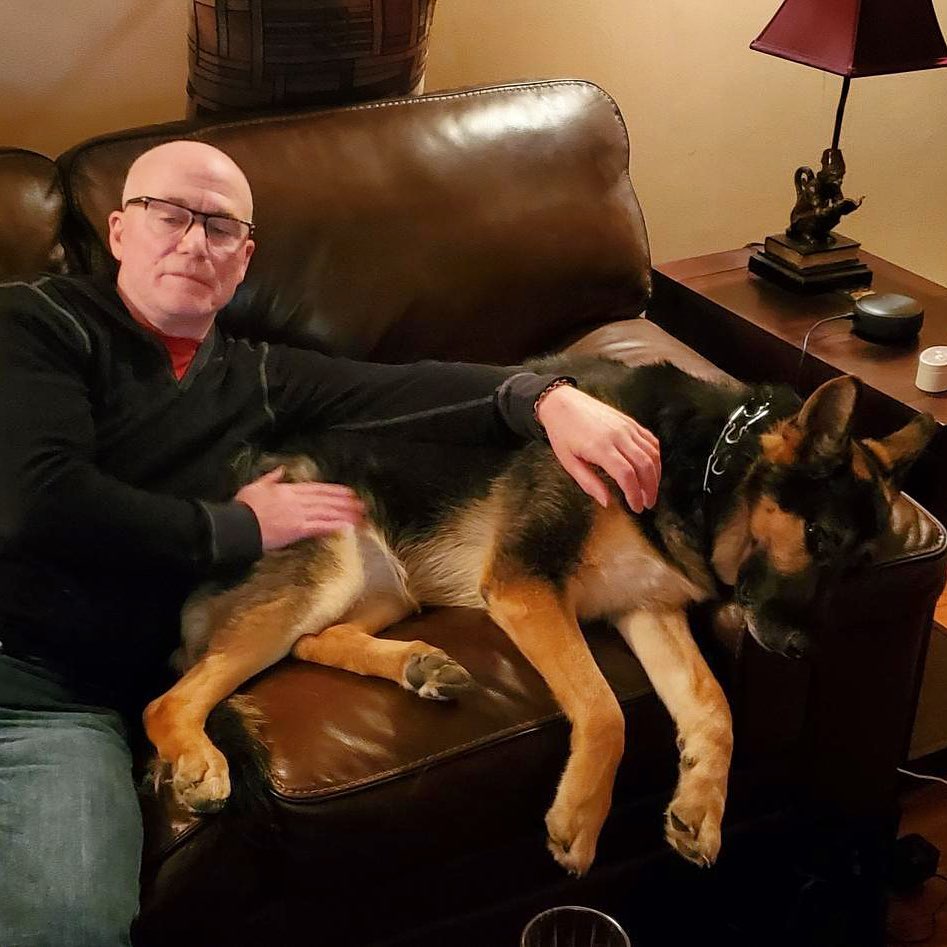 It is amazing the power of love and friendship. Glad these two are reunited.

Shelter dogs should never be disregarded as there are many potential canine heroes and heroines waiting for adoption in shelters across the country. What do you think of Sadie’s story? Let us know!