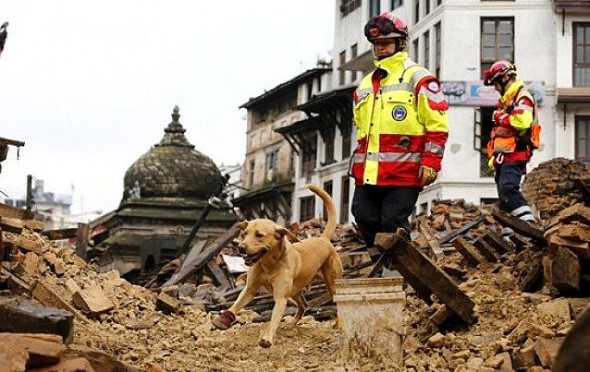 Dogs who have had their lives saved are getting the chance to pay it forward – they’re now search-and-rescue dogs who are working hard to find people buried in the rubble left by the catastrophic earthquake in Nepal.

The death toll from the April 25th 7.8-magnitude earthquake in Nepal is at over 6,000 and still climbing.  Thousands are unaccounted for, and thousands more are injured.  Entire villages have been decimated, with nearly every home and clinic destroyed.  Relief efforts are slow to arrive in badly damaged rural areas, so even after a week, many villages have yet to see assistance. 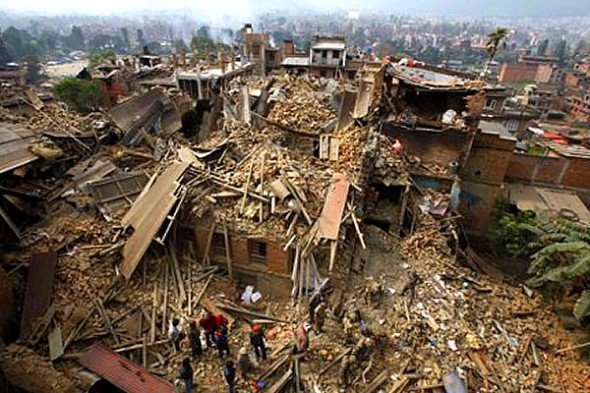 Search teams have rushed in from around the world to help find survivors. One of them is National Search Dog Foundation, a nonprofit group that takes in shelter dogs and turns them into search-and-rescue dogs.

The SDF dogs have been involved in searches for survivors of the Joplin, Missouri tornado, the tsunami/earthquakes in Japan, the earthquake in Haiti, hurricane Katrina, and the World Trade Center collapse. 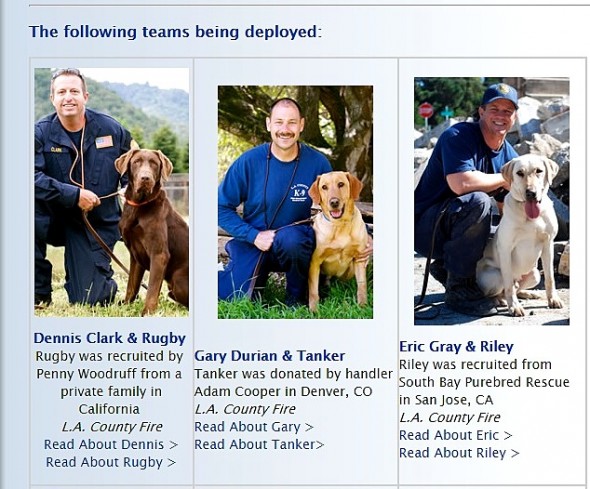 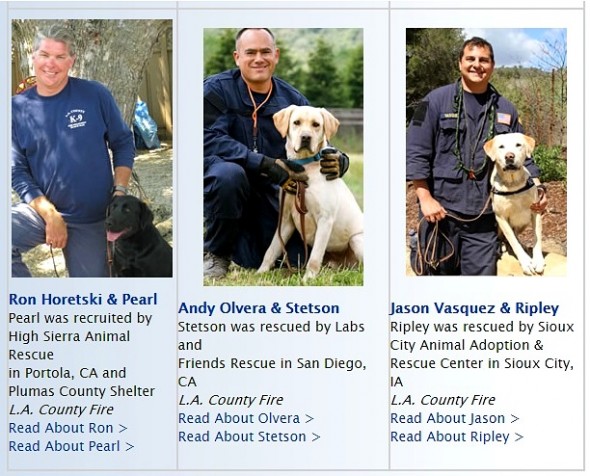 SDF teams were quickly deployed to Nepal.  There are many casualties, and the dogs can become very morose when they do not find living people.  A boon to everyone’s spirits came five days after the earthquake when a teenage boy was discovered.  He had survived on ghee (a kind of clarified butter) and water wrung from his clothes.

After a week, the chances of finding survivors is very slim, but these dogs and their handlers are making their very best effort. 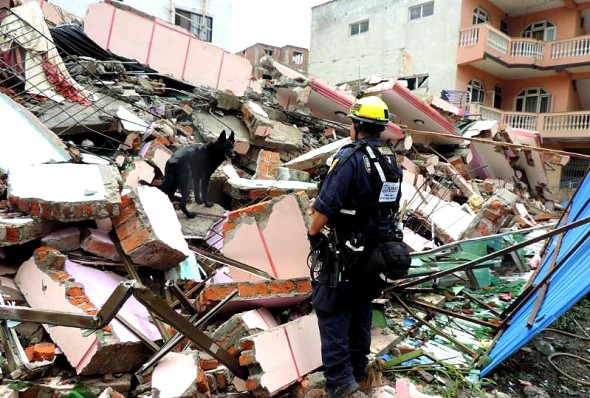