When Minnesota police officer Markese Benjamin found a bullmastiff abandoned in a dumpster, the Minnesota officer knew that the dog needed immediate help. The 4-year-old pup was covered in sores and was so emaciated that his ribs were clearly showing. This large breed generally weighs about 120 pounds when fully grown, but this unfortunate specimen, at just 37 pounds, looked more like a pile of bones.

“He was barely able to walk,” Benjamin told the Twin Cities Pioneer Press, recalling how he placed the dog in his squad car and raced to the animal hospital. There Mufasa, as the dog came to be known, was hooked up to an IV drip and a feeding tube, underwent 3 blood transfusions, and spent weeks fighting for his life in intensive care. 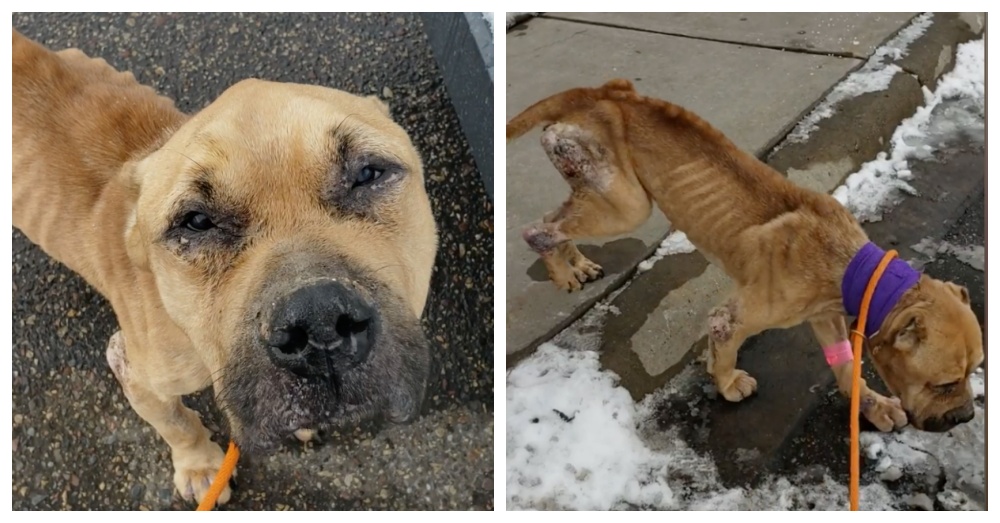 Vets concluded the dog had probably spent much of his life trapped in an undersized kennel, which would explain his open sores — which appeared to be ammonia burns caused from lying in his own urine and feces — and his frantic reaction whenever somebody tried to steer him towards a crate. Doctors also surgically removed socks and other objects from the starving dog’s stomach, which the pup must have eaten in a desperate effort to quell his tummy pains.

“This dog was dumped like a piece of trash, by dumpsters in conditions you don’t even hear about in rescue (which says a lot),” wrote Liz Gigler, director of Rescued Pets Are Wonderful, which helped nurse Mufasa back to health. Gigler also created a Facebook page, Team Mufasa, detailing this grueling 9-month journey, which was further complicated when Mufasa suddenly developed a life-threatening autoimmune infection. 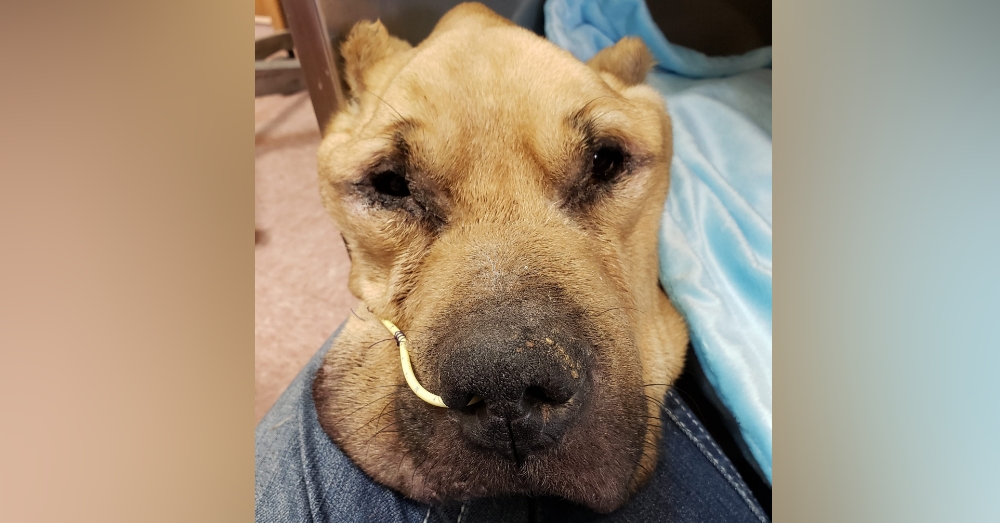 “I stayed up many nights telling him he didn’t have to fight if he didn’t want to… but that if he woke up everyday, I would fight with everything I had for him,” wrote Gigler, who personally fostered the dog while he fought for his life. “And he did… every single day… for 9 months,” she wrote. 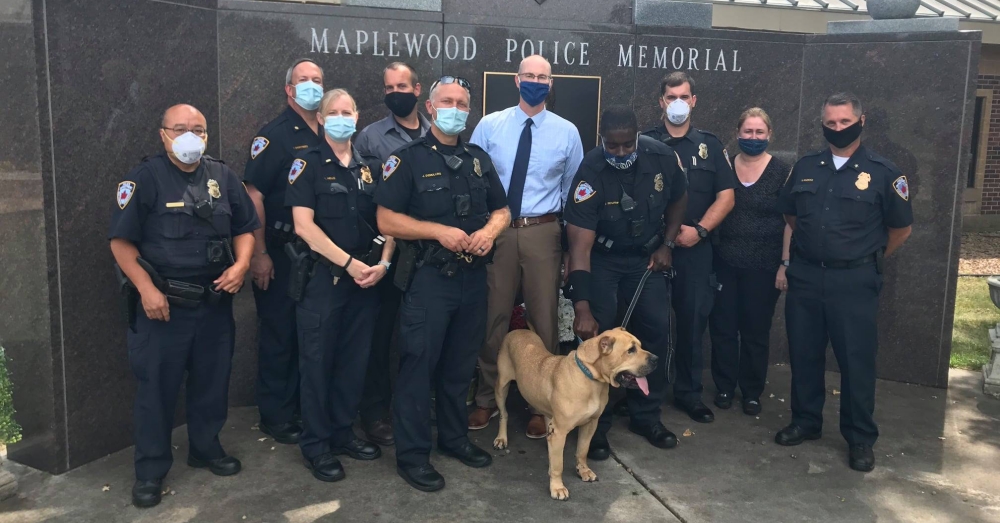 But even after everything he’d been through, Mufasa never forgot Officer Benjamin. It would be another 18 months before the dog dropped by the police station, but the grateful rescue promptly delivered a slobbery ‘thank you’ kiss to the man who saved his life.

“I wanted to thank him for saving him,” said Mufasa’s new owner, Sue Felt. “If he hadn’t gotten to him when he did, there wouldn’t be a Mu story.”

Mufasa has only lived with Felt for a couple of months, but his adoptive family is already impressed by the dog’s friendly and adaptable nature. “From the minute I met him, he has been probably the happiest, easygoing dog I’ve ever seen,” she said. “He takes to anyone the second he meets them. For what he has gone through, you would think that he would hate people and be nervous. But he loves every dog he meets and all people. We’re amazed at how he transformed.”