This formerly-abused dog, named Peanut, knows all too well what it’s like to suffer alone — and just how important it is to be rescued.

But now it’s her who’s being hailed a hero for saving a life. 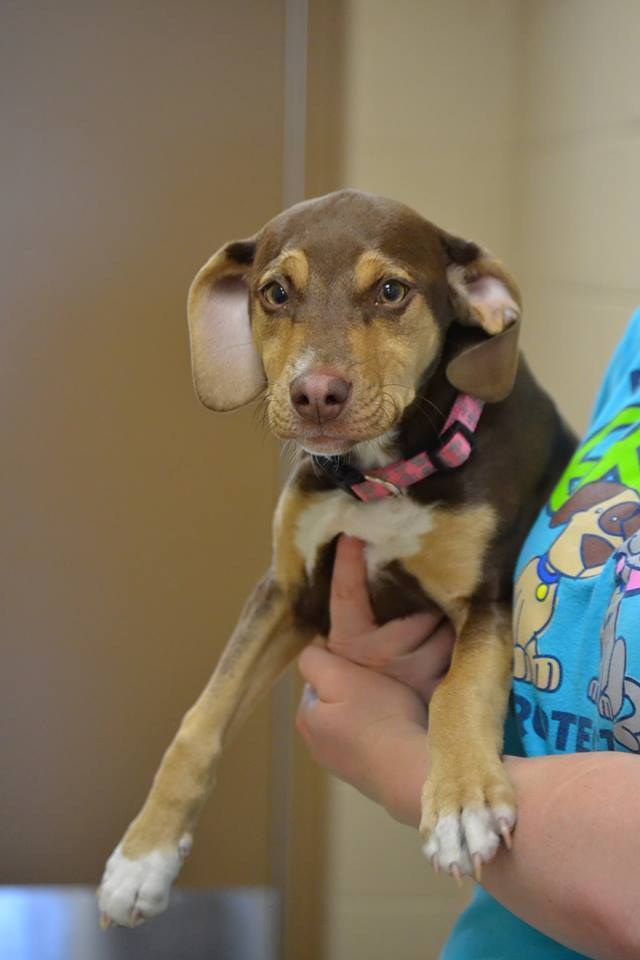 Peanut was rescued as a puppy last year by the Delta Animal Shelter, in Michigan, after she’d been found with multiple broken bones caused by her previous family. Upon being nursed back to health, she was adopted by a loving family. Little could anyone have guessed, however, that an incredible event would result from Peanut’s second chance.

This week, the animal shelter shared a letter from Peanut’s new mom, detailing the pup’s recent act of heroism:

I think she still has some ‘sixth sense’ about her past life that she has carried with her. Today, Peanut was responsible for saving the life of a 3 year old little girl. About 11am this morning, Peanut started going crazy at our house. She was running up and down the stairs, barking and yelping. She then went and got my husband, who was in the garage working on some projects, and alerted him that she wanted to go outside. He said he could hear her running around upstairs but didn’t understand why. He let her outside where she went barreling into the field behind our house at full speed. My husband followed her and to his surprise, he found a naked, shivering, 3 year old girl curled up in a ball.

Peanut’s dad lifted the girl from the ditch she was in and wrapped her in his sweatshirt to shield her from the freezing temperature. He then carried her inside and called 911.

Fortunately, she was uninjured, but as Peanut’s mom wrote, “the little girl could only say one thing — ‘doggie.'” 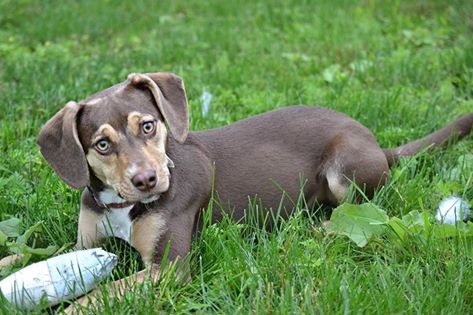 It soon became clear that Peanut had done more than save the child from just the elements.

After she was taken to the hospital, deputies from the Delta County Sheriff’s Office were able to track down her parents at a home nearby. The sheriff’s office found “unsafe and unsanitary living conditions at the residence,” so the rescued girl, and another child found in the home, were placed under the care of Child Protective Services.

The investigation is ongoing, so it’s unclear how the 3-year-old girl ended up all alone outdoors — but there’s no question that Peanut was able to save her because she herself had been saved.

“She is a part of our family now and thanks to wonderful people like you at the shelter, she is alive,” the dog’s mom wrote. “Without her, not only would she have been gone from this world, but the life of this little girl might have been taken as well.”