As soon as rescuers found this dog, they knew he had a dark past. Covered in wounds and bite marks, he was obviously used as a bait dog for dogfighting. Liam was so sad and timid, he would have to learn to trust people all over again. Thankfully, he was rescued by some amazing people. 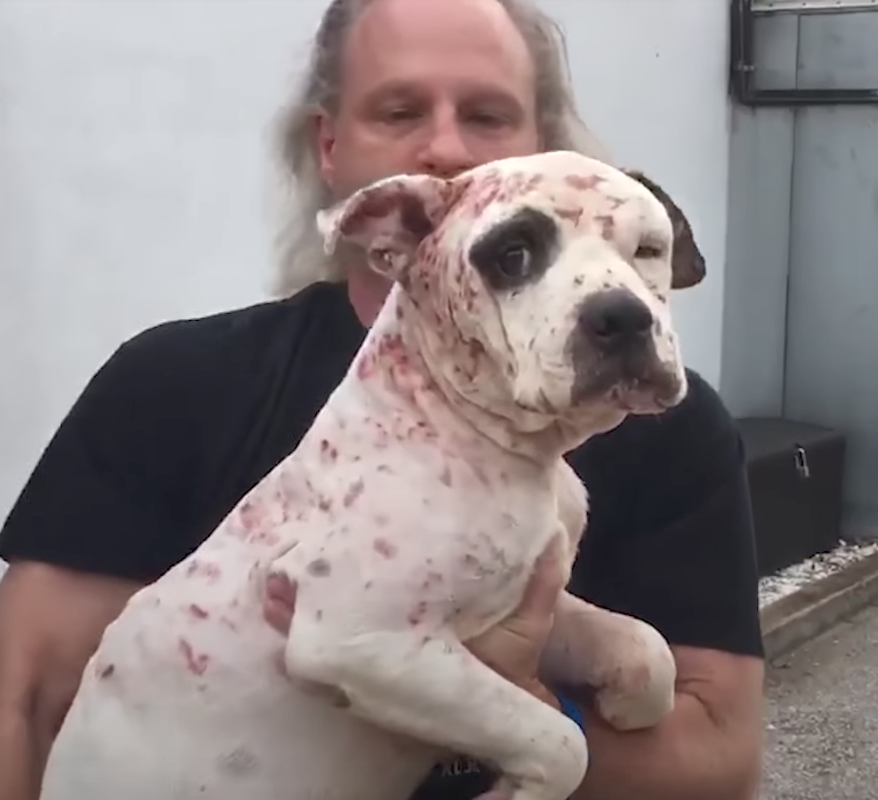 At the Streetdog Foundation facilities, the beautiful boy quickly made friends with a stuffed animal. It helped him cope with his past and get through a month of rehab. It was then that he started to feel a lot better. 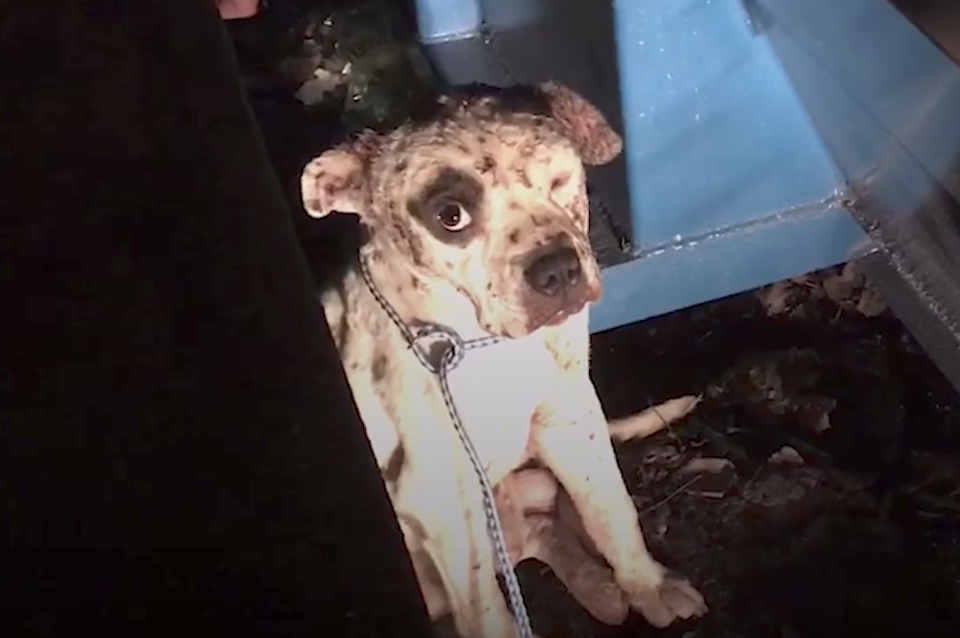 Liam learned to do lots of new things such as playing outside, taking long walks, and meeting new friends. He’d been through so much, it was nice to see the dog starting to come out of his shell. 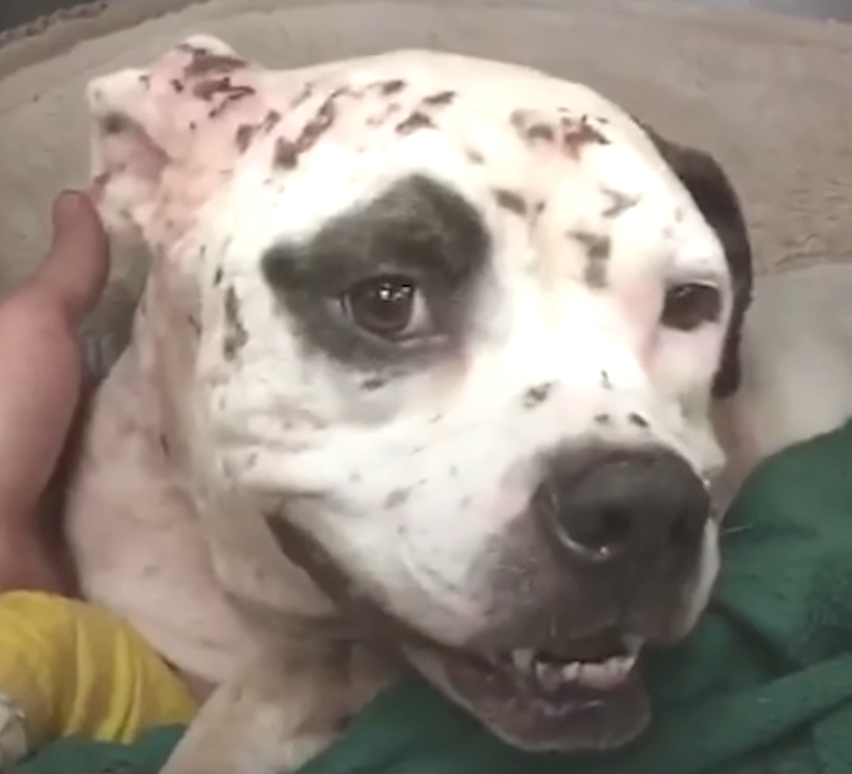 It was all a result of the healing process. But the most revealing moment was when he gave that first smile. Rescuers could just feel that Liam finally felt at peace in this new chapter of his life. Watch the video below for Liam’s full story and to see how much better he looks now. 🙂