A rescued goose has become the best friend of a German Shepherd Dog with a troubled past. Geraldine the goose arrived at Puriton Horse and Animal Rescue a few months ago and surprised the refuge’s manager when the pair developed an unlikely friendship. 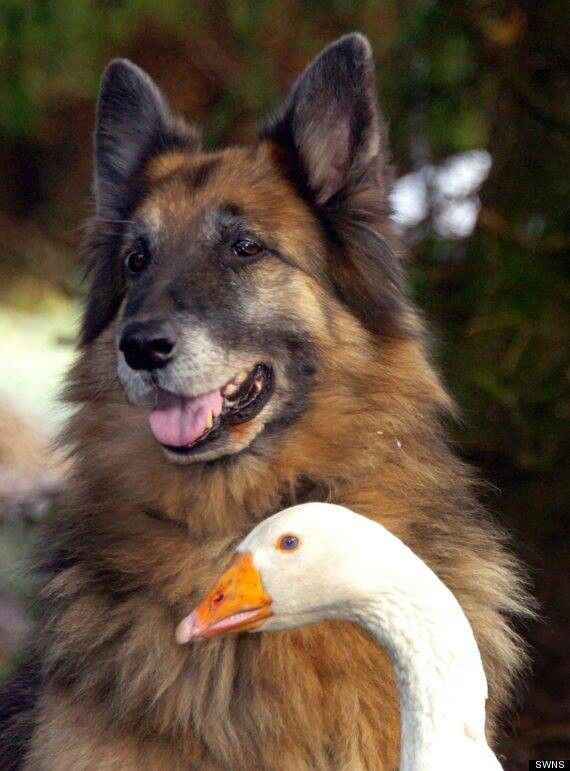 “At first we thought he [Rex] was chasing her [Geraldine] and they were fighting about who was boss, but she stood up for herself and that was that, they just fell for each other,” Sheila Brislin, who runs the shelter in Somerset, England, said of the dog and goose’s first encounter. 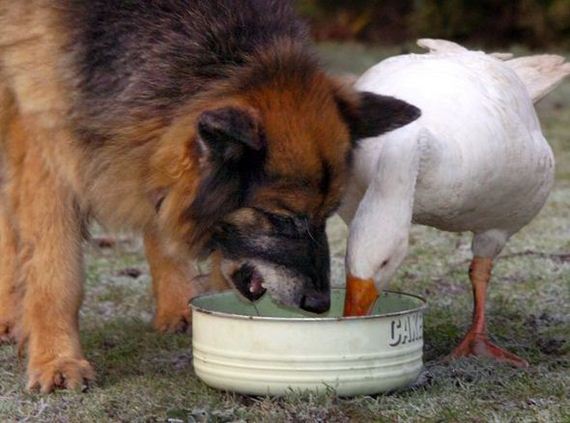 11-year-old Rex arrived at Puriton Horse and Animal Rescue eight years ago after he was rescued from a junkyard where he was tethered on a chain. He had bitten the workers at his previous shelter and required two people to feed him safely. At the time, he was considered too dangerous and was scheduled to be put down, but instead he was saved and sent to Puriton. 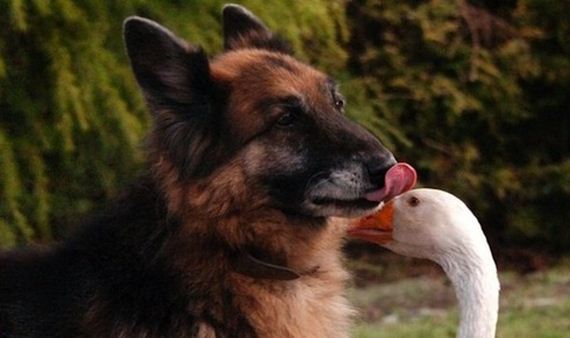 Soon after Geraldine arrived, Rex calmed down dramatically reports the Mirror UK. Now the friends spend all day with one another. Rex often affectionately give Geraldine licks and kisses and Geraldine snuggles next to him.

Sheila says that she’s been rescuing animals for 16 years and has never seen anything like their unusual friendship. “They snuggle down together and Rex puts his leg over her to protect her. In the morning they have breakfast together. It’s really sweet to see them.” 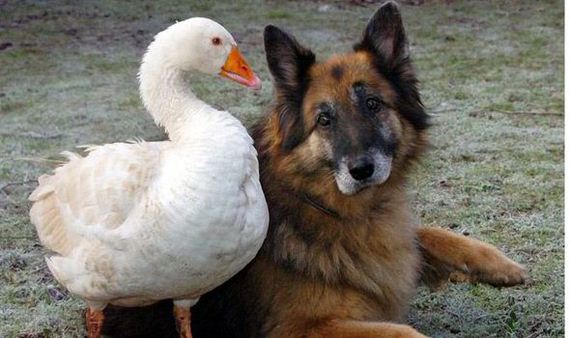 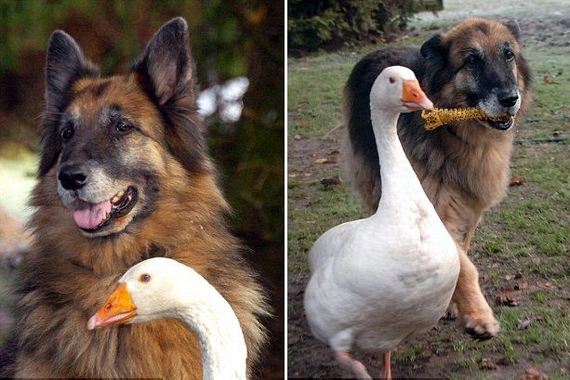 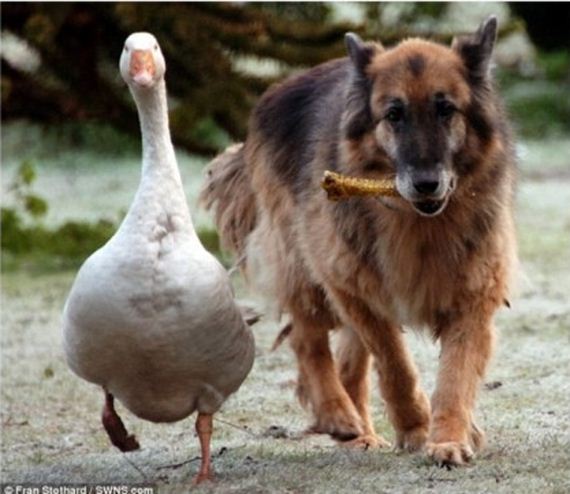 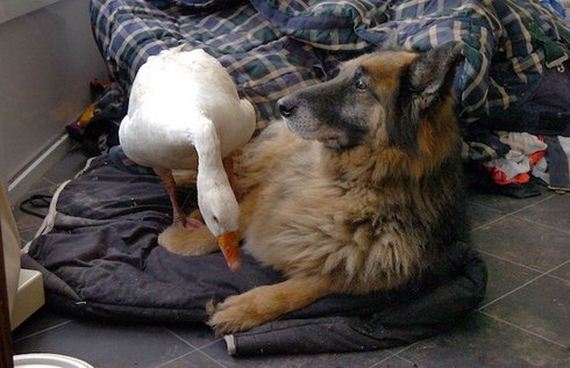