Galgos and Podencos are some of the most sought-after and prized breeds of hounds, cherished for their extraordinary hunting skills and their unwavering loyalty.
Unfortunately, many of their owners view them only as tools and are quick to dispose of these poor animals after the hunting season is complete. Underperforming dogs are beaten, abandoned, and even tortured to death. It’s also a common belief that these dogs are better hunters when they’re hungry, which motivates many owners to starve their dogs to near death.
But there is another option: Galgos and Podencos also make wonderful pets and can easily adapt into any willing household. A loving and caring home is all that they need.
This motivated photographer Mathias de Lattre to show the dignified lives that these dogs can have with the help of a supportive family. 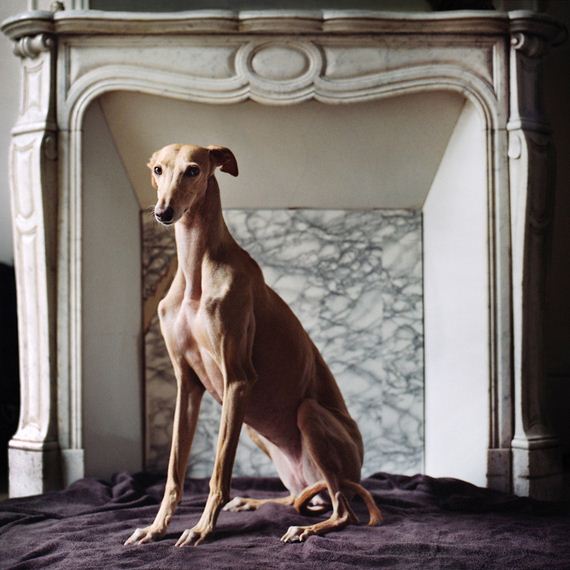 “About three years ago, my gallerist, Alain Bisotti, sensitized me to the martyrdom of greyhounds in south Europe, where these dogs are tortured for their lack of performance during the hunting season.” 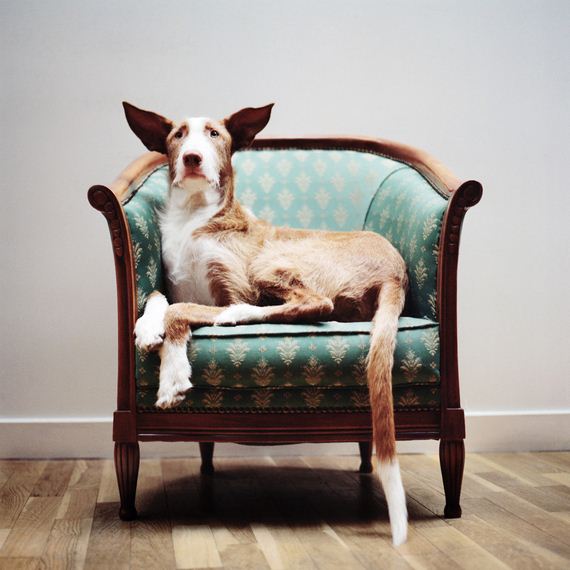 “Affected by this cause, I decided to photograph these animals rescued from an actual hell.” 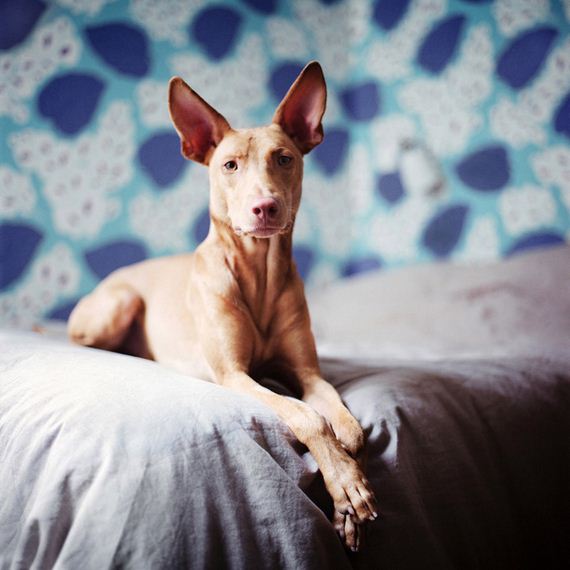 So Mathias met with a number of French organizations aimed at rescuing and adopting greyhounds, who put the photographer in contact with families who have opened their homes to these poor animals. 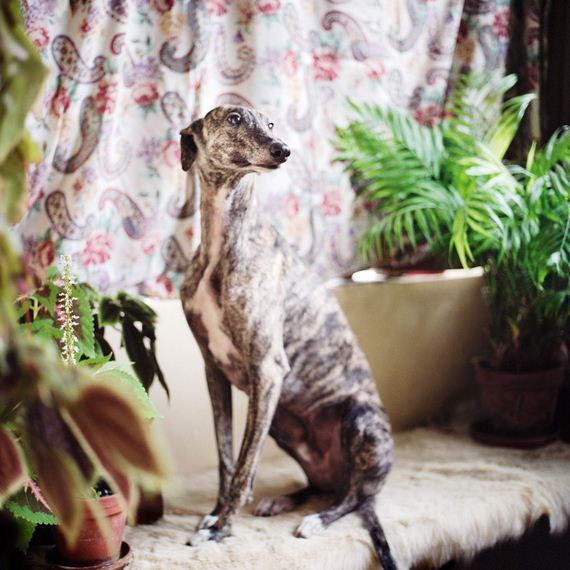 The dogs that Mathias met were all at one point at the brink of death, but now had a second chance at a good life. 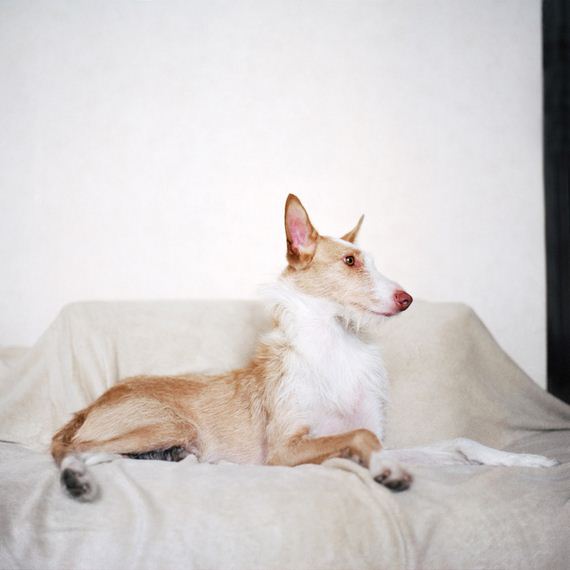 Mathias wished to represent their newfound dignity through portraiture, photographing them in a way that he would a human being. 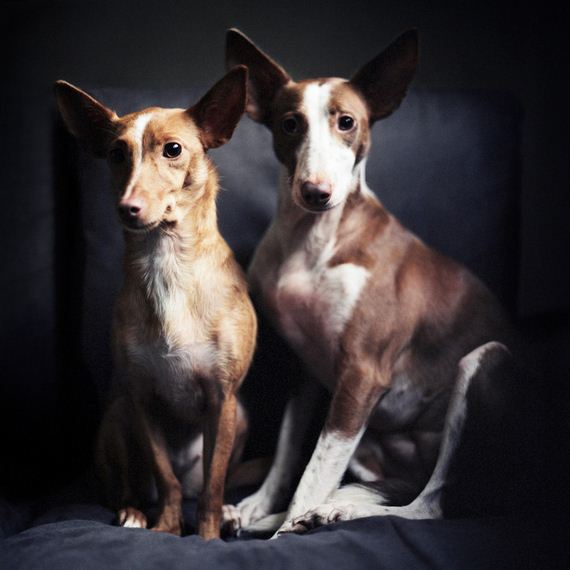 Mathias writes:
“I started to photograph the dogs in a delicate and sensitive manner, posed with human-like attributes.” 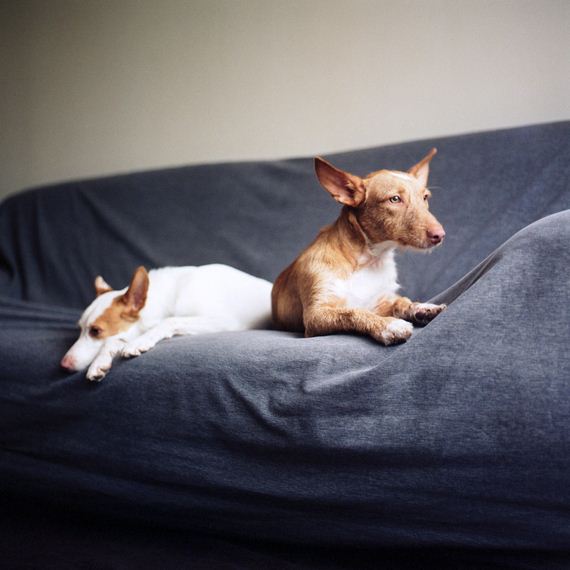 “Although, photographing animals was so different from shooting people — it was so pleasant.” 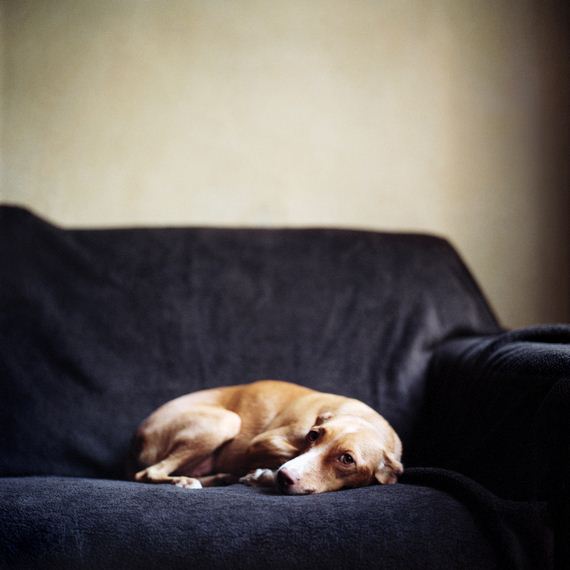 “Unlike human beings, they are not at all intimidated by the camera.” 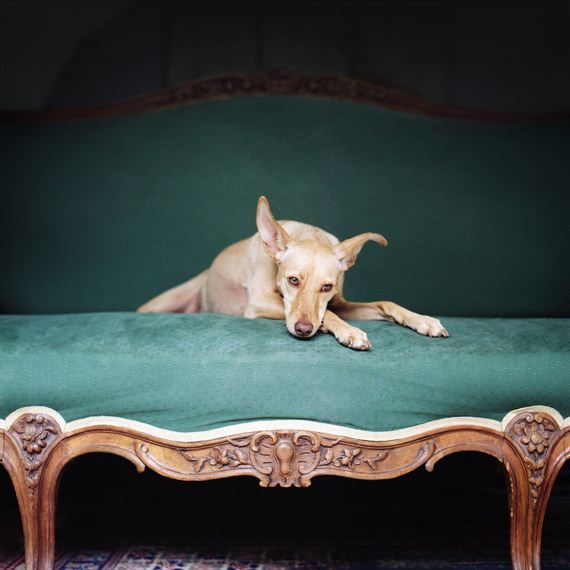 “At first they we’re more fearful of me, so I had to be especially gentle and patient — to get them used to my smell, my voice.” 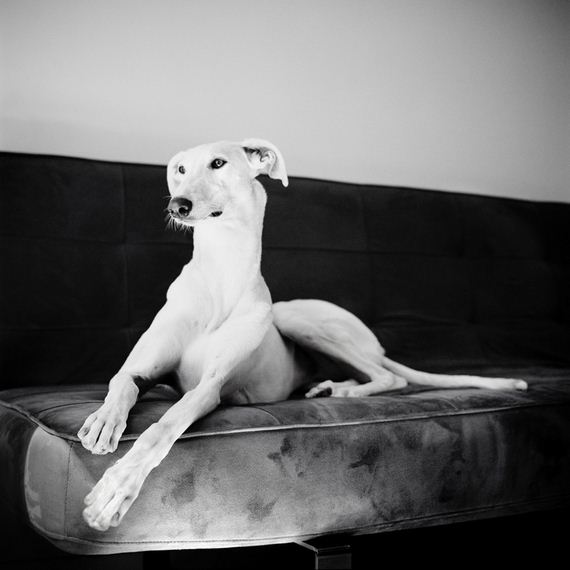 “Then came the framing, allowing them to hold still — then shoot. They show no artifices, they are pure.” 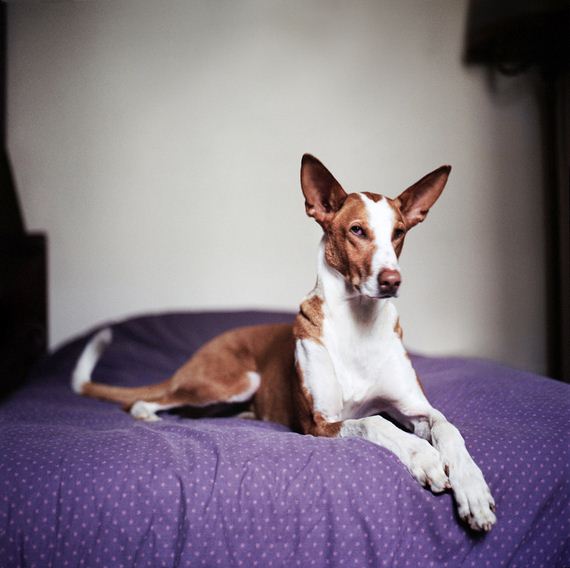 “This authenticity is so hard to find nowadays.” 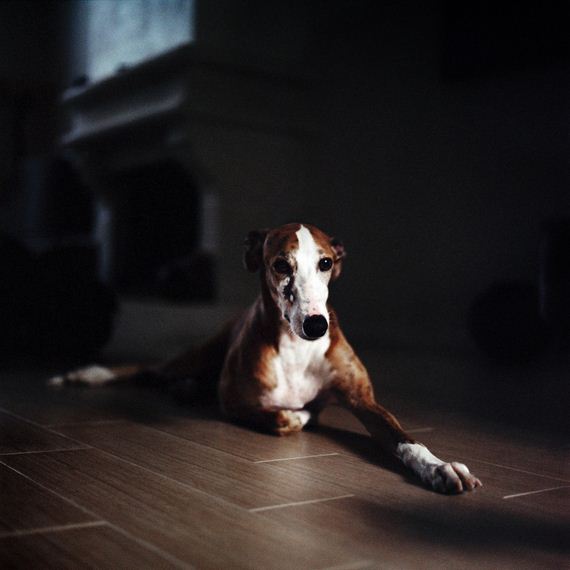 The pictures that Mathias De Lattre made were then compiled into a book titled Salvados, of which 50% of the proceeds will benefit organizations aimed at saving these magnificent animals 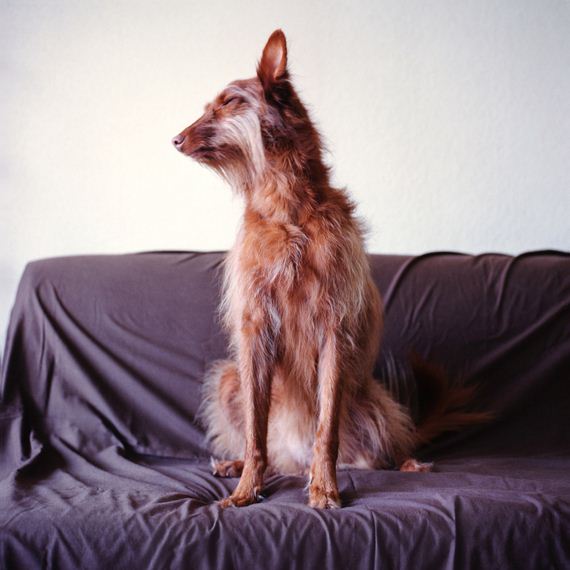