Beautiful Abigeal was discovered at a Miami construction site in September 2016. She had given birth to 10 puppies beneath a metal storage unit and was struggling to keep them alive. Although she was barely able to produce milk, this devoted mama refused to abandon her pups to save herself. Now that all 10 of her babies have been adopted into loving homes, Abi is hoping to find her own happy ending. 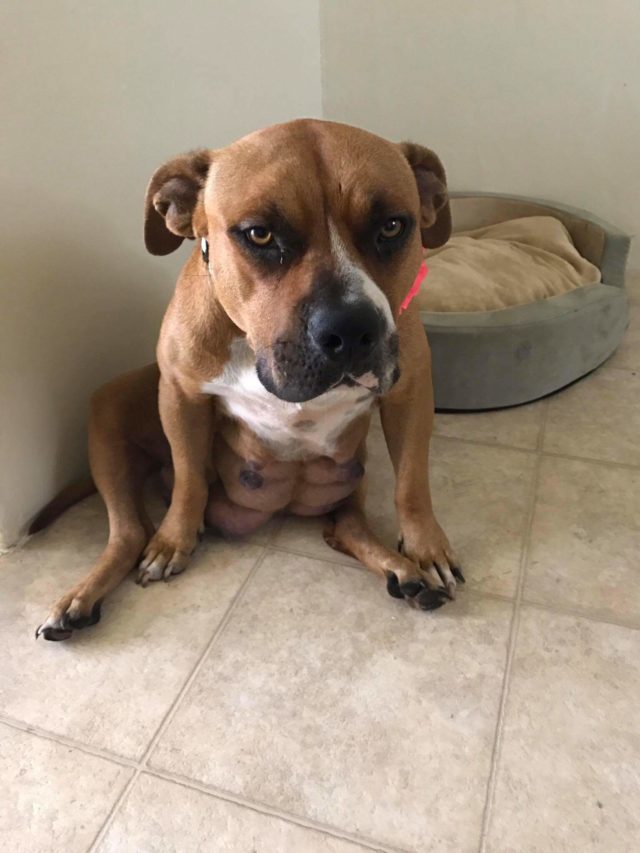 No Paw Left Behind Rescue has been saving the lives of dogs and cats in South Florida for over 10 years. When they got the call about Abi’s little family, they immediately stepped up to rescue all 11 dogs. 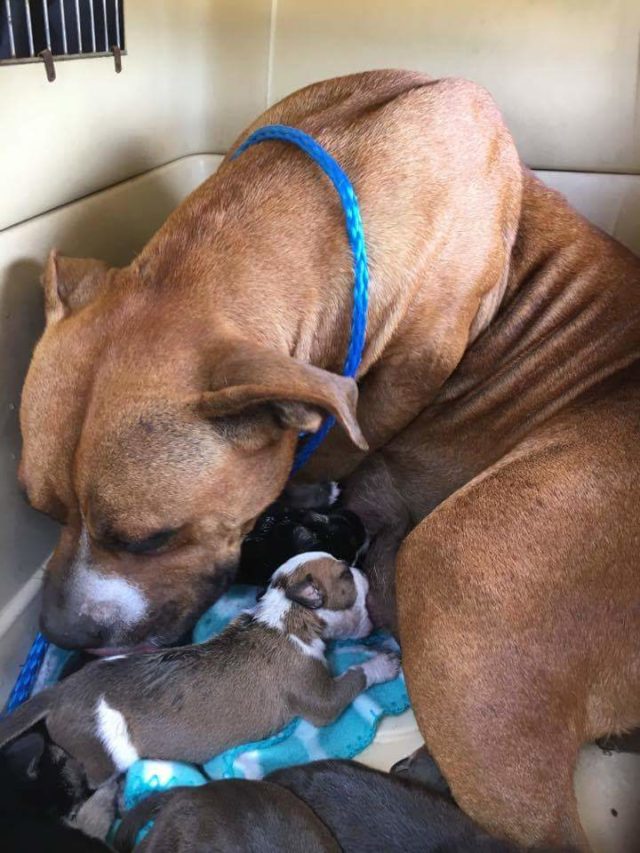 Mama and pups were extremely dehydrated, and poor Abi was only producing milk in two of her mammary glands. If not for the immediate intervention of No Paw Left Behind, the days-old puppies could not have survived. 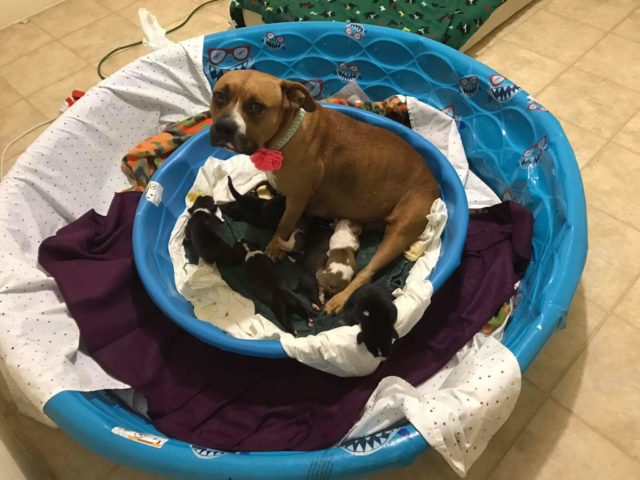 Abi was protective and elusive at first, but as her rescuers earned her trust, her sweet, gentle nature began to emerge. Alexandra Kalymeras, Abi’s wonderful foster mom, took on the massive task of caring for mama and all the babies in her own home. 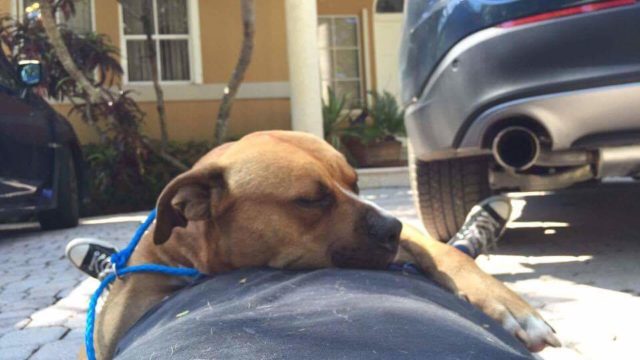 Abi always maintained the patience of a saint as her 10 little balls-of-mischief crawled all over her, nibbled her ears, and got up to the usual puppy shenanigans. Kalymeras was struck by her remarkable devotion, telling iHeartDogs:

“She raised all 10 of those pups until each was adopted. She never snapped at anyone or any of her puppies. She was tireless in caring for them. One of the best mommies I’ve ever fostered.”

As the holidays approached it came time to start finding homes for Abi and her adorable puppies. By New Year’s there were only two pups left, and by March it was just Abi. One by one, she watched as the babies she had fought so hard to protect and nurture went on to their new lives. But still, no one has come for Abi. 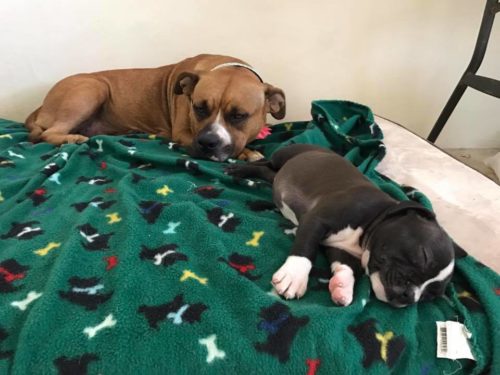 Thanks to Kalymeras and her friends at No Paw Left Behind, Abi is fully socialized and ready to become an adoring companion to some lucky family. Being the infinitely patient Mom of the Year that she is, Abi loves kids and other dogs, but would do best in a home without cats.

“She is the sweetest girl especially now that she’s come into her own,” Kalymeras says. “Her personality really shines through. She is a loveable goofball.” 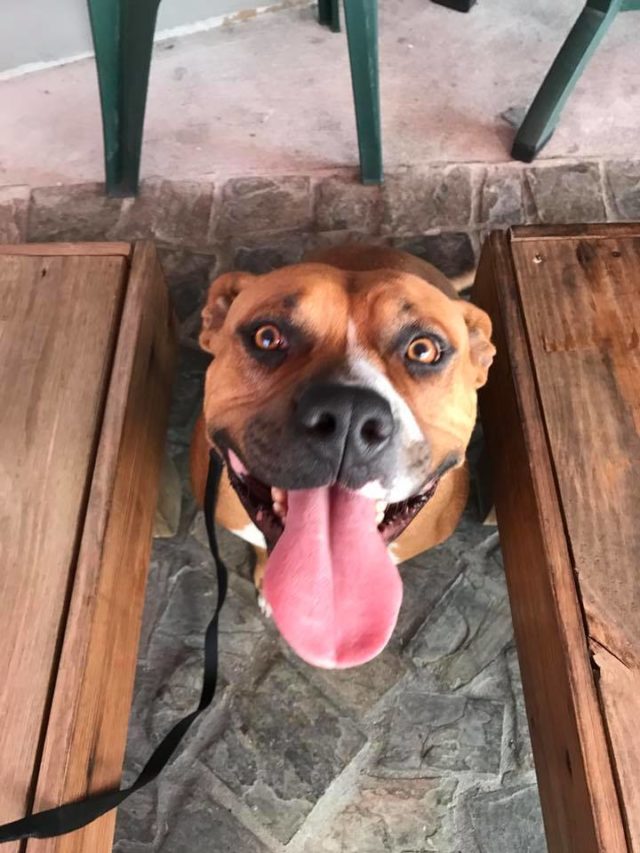 Abi is young and healthy at 3 – 5 years old and about 60 pounds. She has been spayed, fully vaccinated, microchipped and dewormed. As the No Paw Left Behind Facebook page reads, “This chunky mama deserves a home as awesome as she is!” 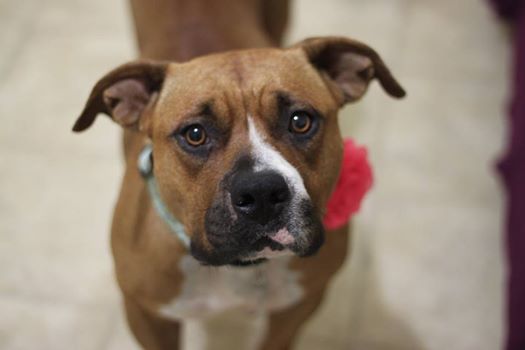 Do you live in South Florida and think Miss Abi could be your new best friend? Email nopawleftbehind@gmail.com or click here to fill out an adoption application!