The puppy who spent the last 10 days in a narrow but deep well in the Beykoz Dereseki neighborhood of Turkey has been rescued reports the Istanbul Buyuksehir Belediyesi. Fire crews had been working non stop trying to save the  puppy who fell into an old 292-feet-deep old well, but the depth of the well and narrow width made the endeavor almost impossible.. 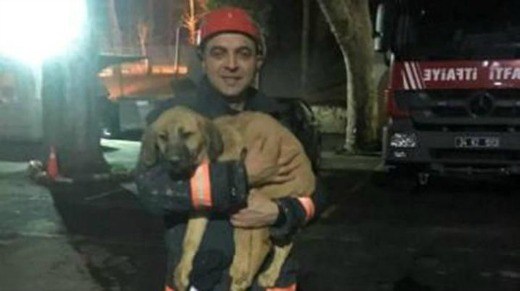 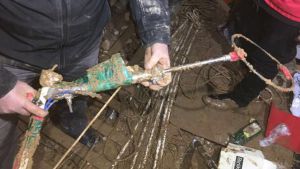 The Beykoz Fire Department had erected a tent and enclosure to protect emergency personnel from the snow and the blasting winds as they feverishly worked to save the pooch dubbed Kuyu. An underwater camera monitored his movements on the bottom of the deep well. Personnel had been lowering food and water. Even a heating system was installed to keep him warm. 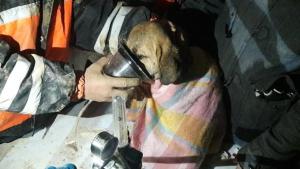 What really helped and made the rescue of the dog possible were the students from Bahçeehir Science and Technology High School who developed a robotic arm. The instrument was lowered into the hole and was able to safely grab the pup and raise him up to the surface. Loud cheers emanated from the crowd as Kuyu was brought up. After having been transported to a local veterinarian hospital for a complete examination, there was even more good news. It seems the Beykoz Fire Department has officially adopted Kuyu!

Many thanks to the rescuers who worked tirelessly to save this puppy and a special bow of gratitude to the students who developed the instrument to enable the pooch’s safe rescue.