Indeed monsters walk among us. Star’s story, or rather the end of his story, deserves to be told. His life counted, even while his rescuer held his paw as the dog fought valiantly for his life. Tragically, his condition was terminal. 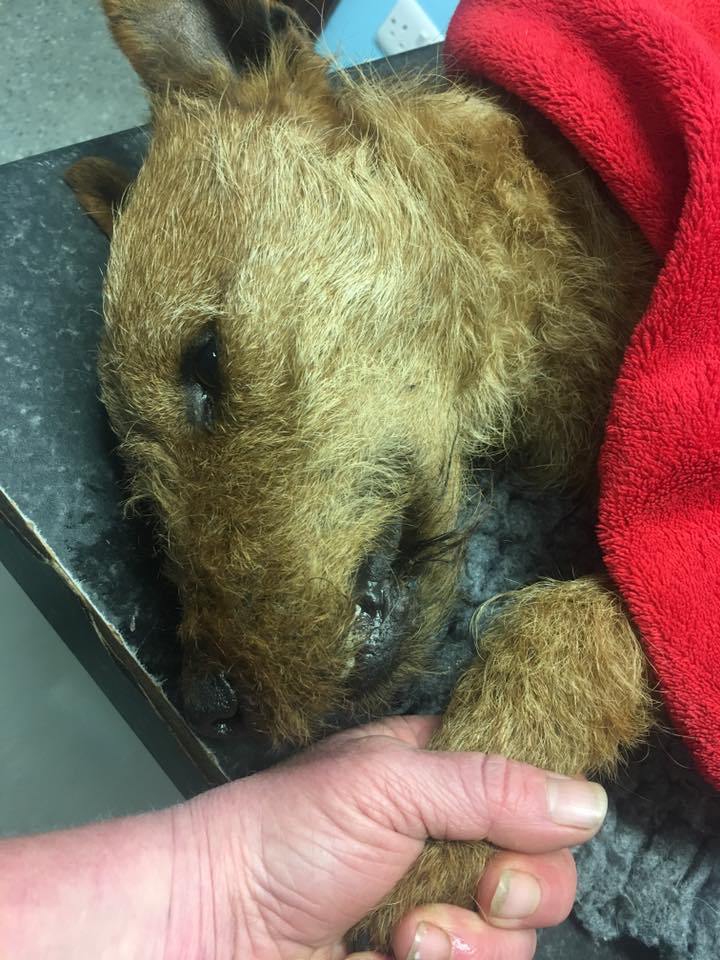 On Friday afternoon, Star was rescued; he had been dumped and when found by walkers had been in the end stages of “full blown parvo.” Animal Heaven Animal Rescue in Castleisland, Ireland was called to help.

“He was dumped knowing he was dying. I’m in rescue all my life and sadly this is not new to me or any other rescuers. What a horrible thing to do to him. He must have been suffering for days somewhere. He could have been saved if rushed to a vet on day one,” his rescuer posted on the organization’s Facebook page.

Sadly, Star didn’t mean much to his former owner. There were scars on his mouth and jaw. His starved body was covered in fleas, his teeth were chipped, and he didn’t even wear a collar nor did he have a required microchip.

“For the last hour I held your dog with all my heart. I would have rang you if he was chipped, but we know why you did not want to hear my voice or chip him.” 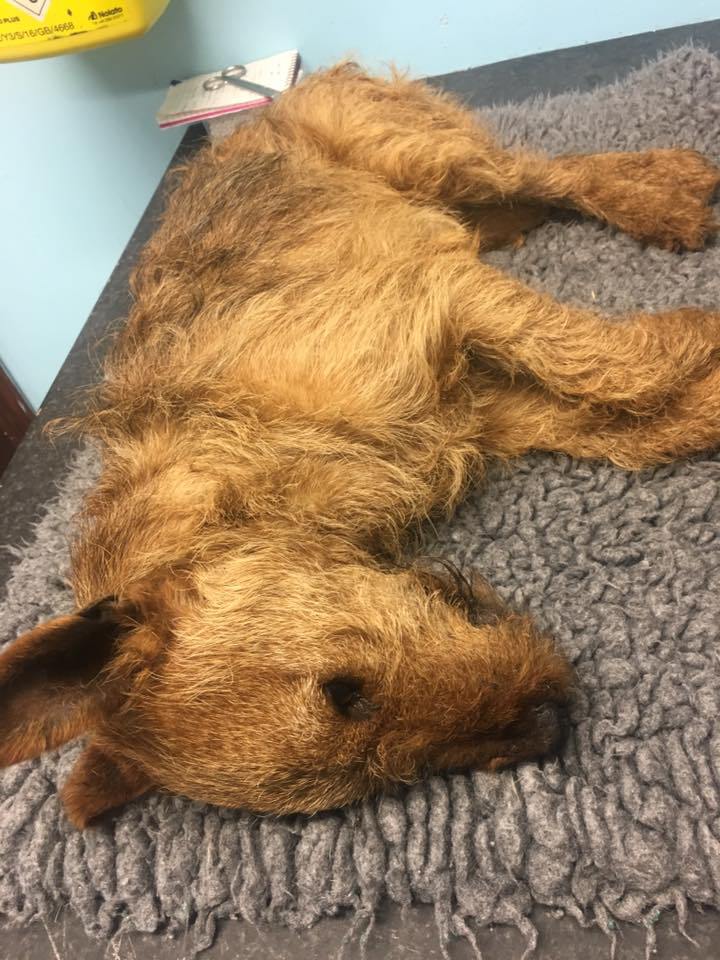 When found, Star was cold and afraid. He cried; maybe for his owner who deserted him, because we all know how loyal dogs are.  His rescuer hugged him and softly whispered for him not to be afraid.

“Very soon he would meet my dogs from the Bridge. I would hold him til they came. A beautiful land full of love and hope. Warm days with the sun on his back,” Star’s rescuer described. “Never be hungry or cold again.”

In his ear, Star’s rescuer promised the dying dog he would make new friends and meet humans who gave their lives to save dogs just like him.

“Then my boy. You’ll know. The rescuers are real.”

Star took his last breath; his beautiful face was kissed one last time as he made his journey to the Bridge. His rescuer knows that monsters walk among us, and he hopes Star’s owner sees his dog’s photos and perhaps feels guilty and never does such a heinous crime against a dog again.

Go gently into the night Star. You were loved, and your life was important.

Did you know that if you want to get updates from a Facebook page, you need to do more than “like” it? To get recent postings in your Facebook feed, you must also hover your mouse over the word “following” and then click “see first” from the drop-down menu. You may want to check back with your favorite pages on occasion because Facebook often changes your settings, no longer having your having your favorites among those to “see first.