Russia’s invasion is still ongoing, and relentless missile strikes remain a threat for Ukraine. Civilians are restless, buildings and private homes have been bombed, and educational institutions have been damaged by missile strikes.

#Zelensky June 28th
1/ "Only totally insane terrorists, who should have no place on earth, can strike missiles at civilian objects. And these are not off-target missile strikes at kindergartens, schools, shopping malls, apartment buildings, pic.twitter.com/tphBYwq4O5

People have been fleeing the deadly war since it started, but not everyone is lucky. Some are left hiding below ground, and some refugees are stuck at the borders, while others choose to stay in their homes amidst the chaos of war.

It’s not only people that are victims of this war, though. A lot of animals are left in the streets of Ukraine, by choice or not. We have covered a lot of rescue stories happening in Ukraine, such as these brave people who risk their lives to help however they could: The U.S. Veterinarians who are helping strays along the Ukraine border, The young American man who wanted to help and care for four-legged victims of war, and the strongest woman in the world who chose to stay behind to care for injured and abandoned animals in Ukraine. 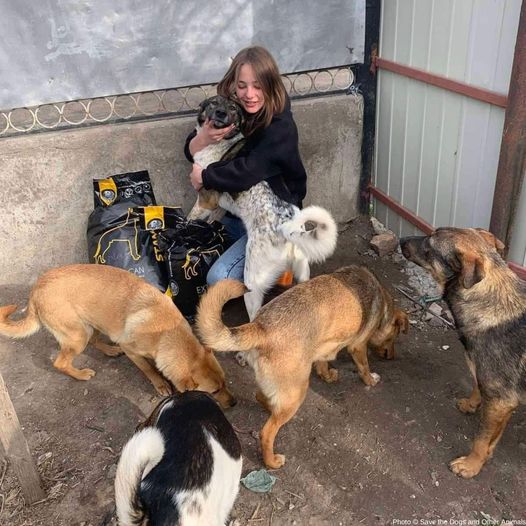 In the last week of June, another deadly missile strike hit an apartment building in the city of Mykolaiv.

In a video posted by The Independent, Ukrainian rescue workers are dangling on a crane to rescue a dog that was stuck in the bombed building.

One of the firefighters, although not seen in the video, was able to get in the apartment unit and then created a hole through the already destroyed wall to make a passage for the dog to be able to get to the basket outside the window.

From the video, there wasn’t much of a struggle to get the dog to hop in the basket. The rescuer outside was able to pull the dog into the basket with him while the other rescuer that was inside the apartment held on to the lower part of the basket to make sure that it was flat against the wall.

Once the rescuers were able to secure the dog in the basket between them, the crane was lowered to the ground. According to The Independent, the dog was reported to have been able to reunite with his owner soon after being rescued.

Watch the rescue below.