Animal Aid came across a dog strangely stumbling down the road and knew something was really wrong. When they got close enough, they could see that the stray had a horrible wound on his head. Really, it’s a wonder the boy was even still alive. The video is graphic in spots and hard to watch, but just know that in the end he’s as good as new. 🙂 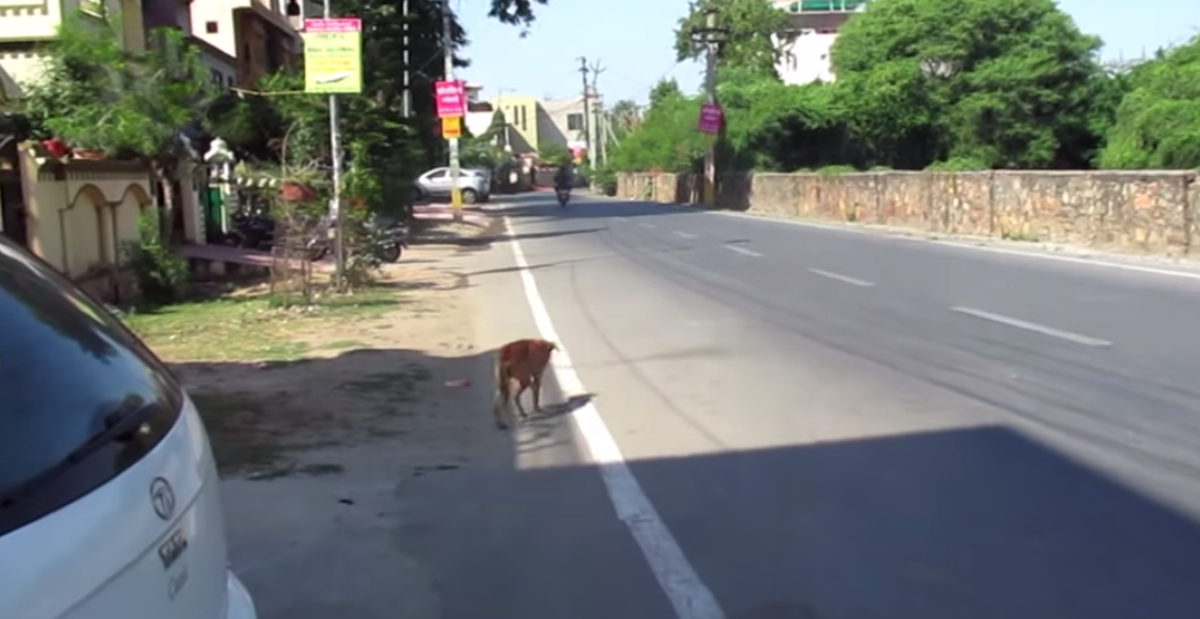 Rescuers took him back to the animal hospital to start saving his life. Hundreds of maggots infested the wound and were slowly killing the dog, so they poured some powder in the wound that would kill the maggots within three hours. Then it was time to clean and bandage the wound. The poor dog was so exhausted. 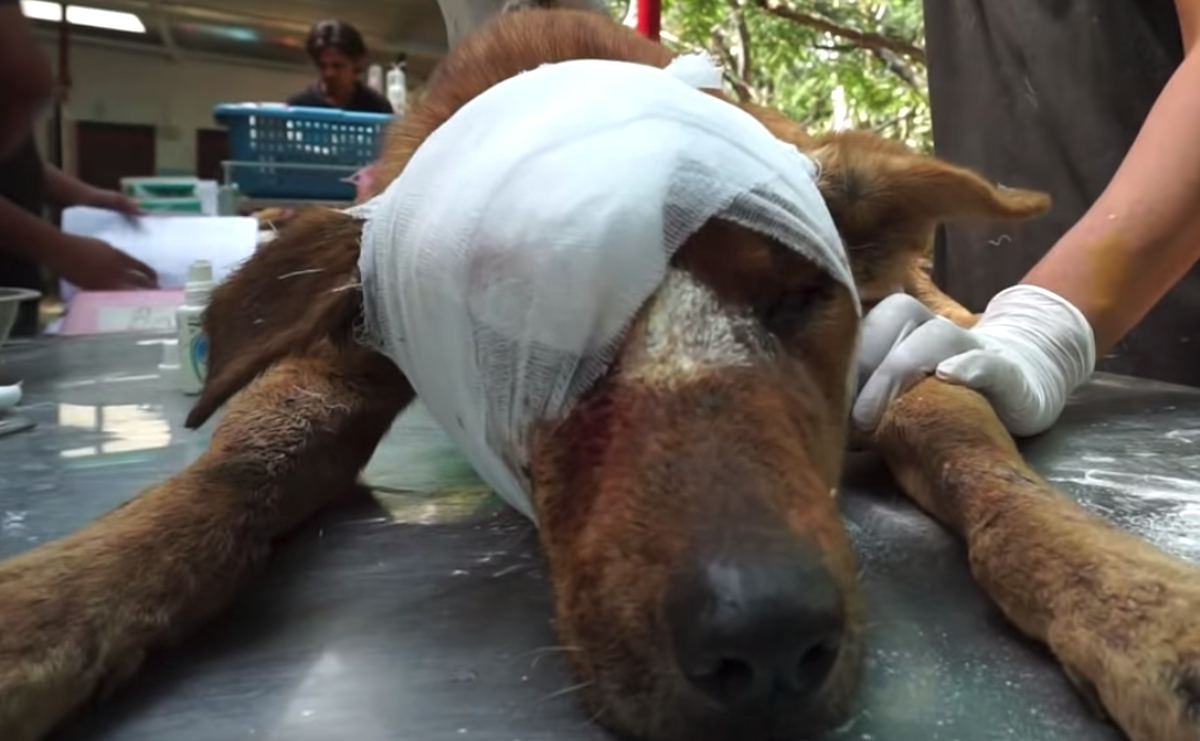 After coming to, the dog was so hungry. This poor boy was so close to death on the streets, but Animal Aid was able to rescue and help him because of your donations. Just wait until you see Moshe all healed up today, you simply won’t believe it!