Curled up in the woods, this poor dog had no hope. When someone saw her and showed her love, everything changed!

When we see an animal in distress, we normally feel a pang of pity in our hearts. It saddens us to watch them in such pain. If you are moved when you witness an animal in need of rescue, this story can make you cry!

One woman discovered a t.e.r.r.i.b.l.e scene while wandering in the woods.

A tiny pit bull curled up at the base of a tree, scarcely moving. She was a skeleton in every sense of the word. It appeared that canvas had been stretched over a thin frame of a dog. Her bones were all protruding at odd angles.

Stacey, the woman, brought the dog out of the woods to seek assistance. 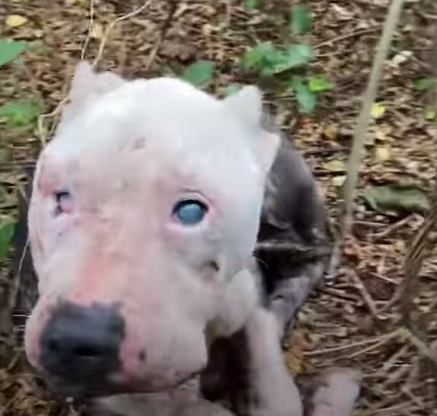 They finally got her safe and secure by using some food to lure her to the car. The dog was plainly perplexed; having never had a human treat her with love, she didn’t know how to react.

They gave her a name after she had eaten. 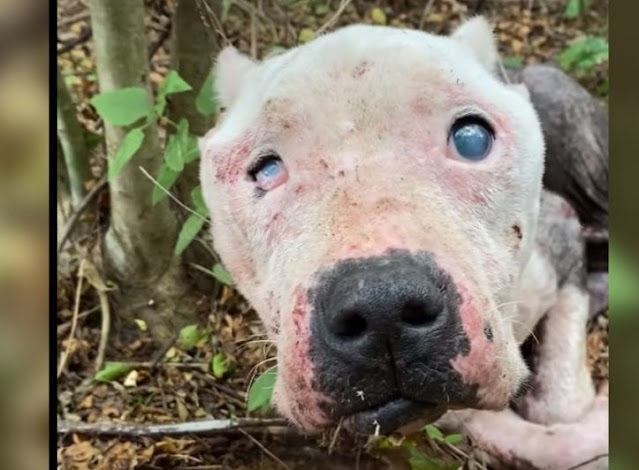 They named her Halo and took her to the vet shortly after. She required medication straight soon because she had an infection all over her body. She was also practically blind as a result of injuries and infection.

Things got a little scary a few times during the recovery.

Little Halo, on the other hand, triumphed thanks to her newfound love! There were some frightening moments, but the strong pup eventually overcame them and moved on. When it came to her eyes, though, the vet wasn’t sure if she’d ever be able to see normally again. 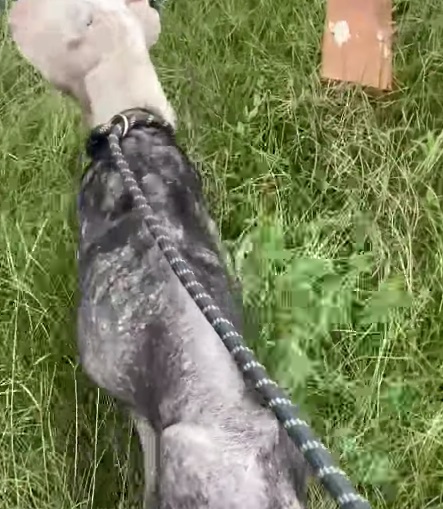 They didn’t even know if she was completely blind.

After a few tests, it was determined that Halo was blind. All of this meant that her owners would have a very personal relationship with her! She was extremely intelligent and quickly learned how to navigate.

She was the happiest she’d ever been in her life. 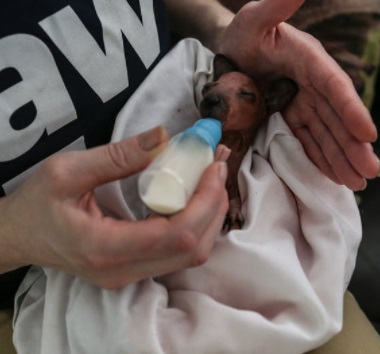 Halo spent up until January healing after Stacey brought her in in September. It was then time to find her a forever home. They drove her up to a Connecticut rescue, and everyone fell in love with her.

She was probably around 7-8 years old, and they knew she would fit well with practically any family.

What is one of her favorite things? Getting some McDonald’s ice cream! She adores goodies and is extremely nice with everyone she comes into contact with. When she gets a treat, she likes to stash it under the couch for later! With a personality like hers, it wouldn’t be long before she was adopted.

Halo is now in her golden years, from living out her final days in the woods to discovering what it means to be loved. 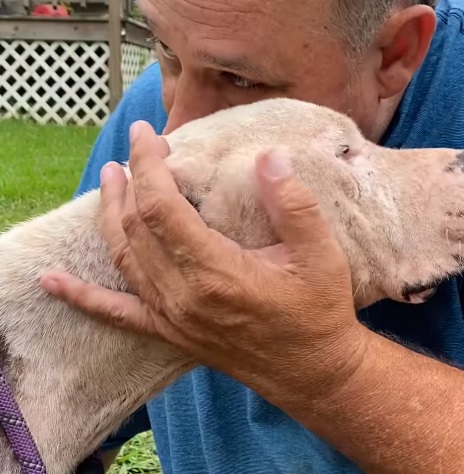 You never know what kind of animal you might come upon that needs your assistance! One guy made all the difference for Halo. With a little medical attention and a lot of love, she recovered and became a healthy dog with a heart that was far too huge for all she had been through. Isn’t it true that dogs are amazing?

Take a look at the video below: