With winter in full swing, there’s little better than being cozied up inside with a warm fire. Snowstorms have hit cities across the country, but sadly, not everyone has the luxury of staying warm or even staying inside.

The same is true not only for people but for pets too. Thousands of dogs live on the streets, either as a result of being born there or being abandoned. It’s a hard life but when winter storms hit, it’s even more difficult. 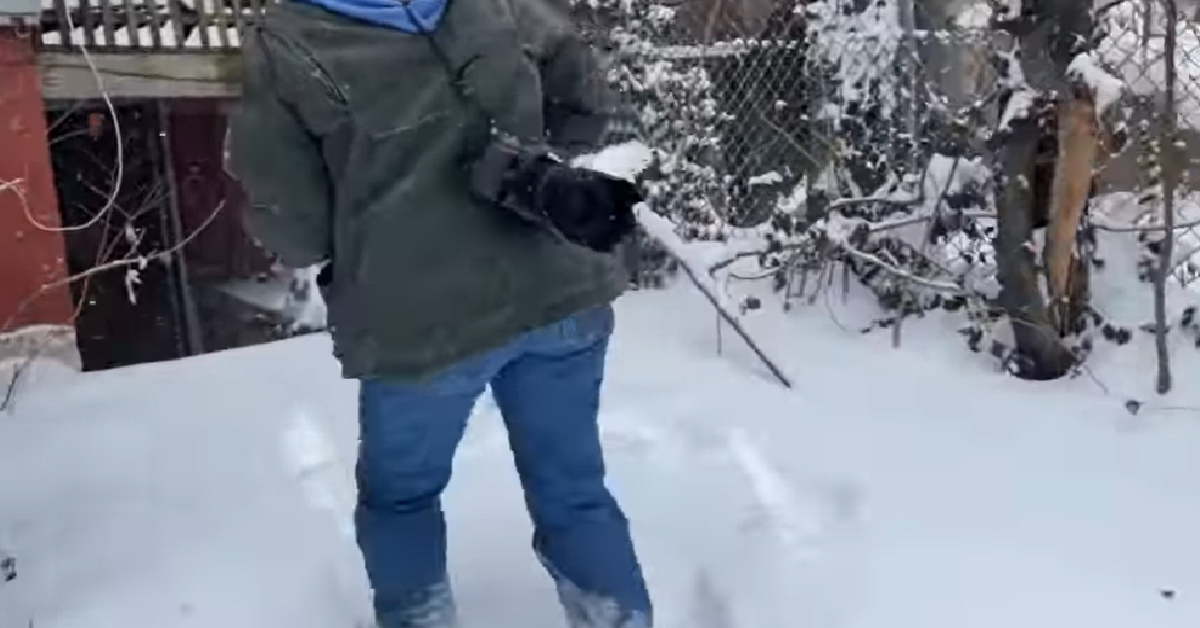 Everyone deserves to have shelter and when rescuers with Stray Rescue of St. Louis learned of a pitbull wandering the streets on her own, they knew they needed to step in and help.

The rescuers shared about Bejing the pittie on YouTube and explaiend that they were tracking her for a while but she kept escaping before they could get to her. Finally, they were excited to announce that they found her! They wrote:

“WE FOUND HER!! We’ve been tracking this female pittie for about a week but couldn’t find her before the snow storm came. We knew she was staying in a row of abandoned houses, but we couldn’t figure out which one – she just kept disappearing. We saw her overnight on our trail cam and tried again. We knew she was all alone and so cold.” 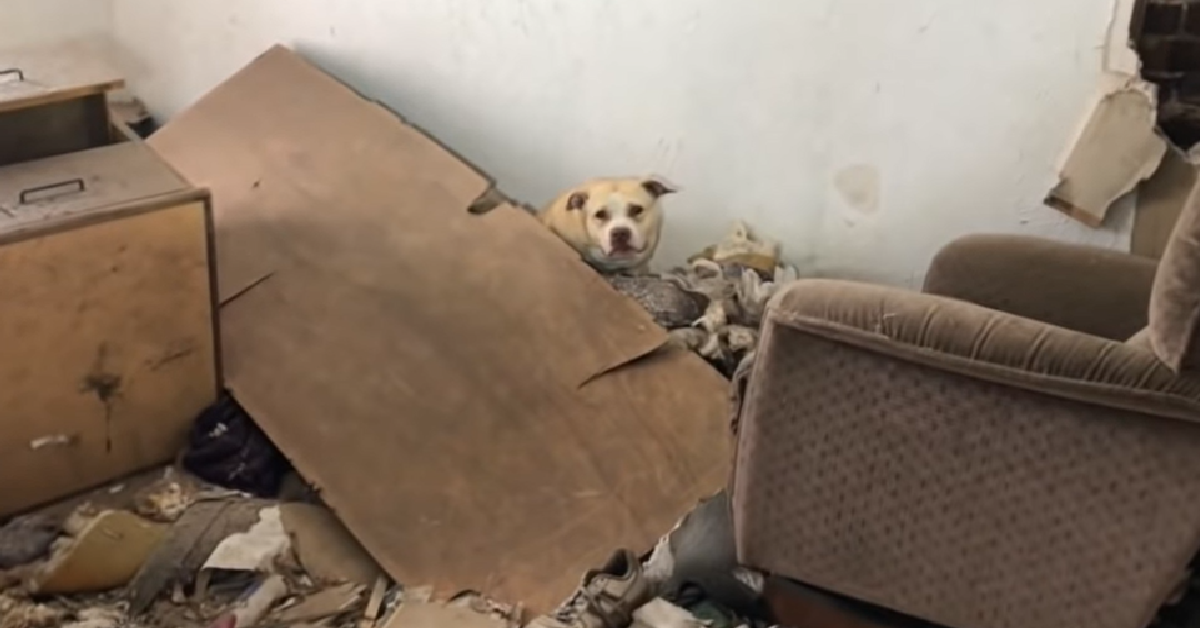 A snowstorm would usually be a disaster in a rescue mission, but in Bejing’s case, it’s just what the rescue needed to find her.

They explained that they were finally able to find her by following her footprints in the snow!

Rescuers followed her to an abandoned house that they’d already searched. They didn’t think she’d be in that particular house because the basement was flooded and there was a “huge gaping hole” that she would’ve had to jump over to get inside. 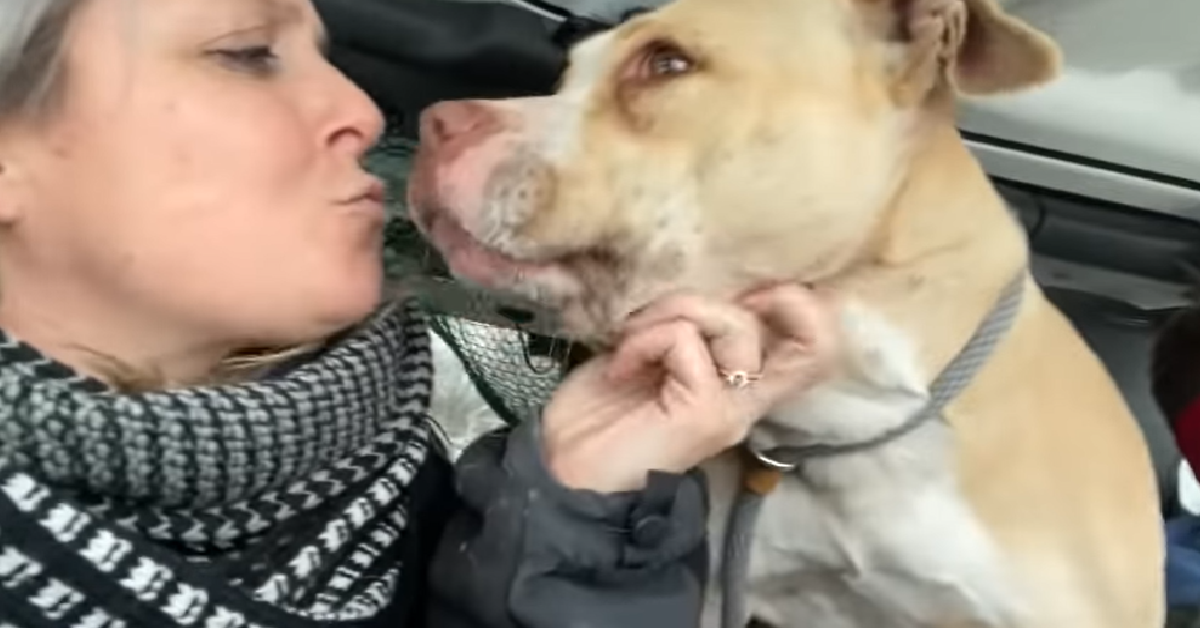 The poor pooch was so cold and desperate that she made the leap and found a spot on the top level of the home to cuddle up and hide from the snow.

Rescuers were surprised when they found her and even more surprised when she let them leash her up and walked right out of the house with them. They said on YouTube, “As soon as she thawed out in the warm rescue jeep, she was nothing but kisses!!”

You can see more about Bejing’s story in the video below: