He didn’t have a name. They don’t know how he got there. But they knew he needed someone to care for him. When Stray Rescue of St. Louis entered a derelict home recently, they went upstairs and spotted a Pit Bull, alone and resting on a mattress. Seasoned rescuer, Donna, was first to approach the dog.

“Over the broken glass and through the open window, we made our way up the stairs and passed a stained-glass window. He was lying in a patch of sun on the corner of the mattress, just staring out the window. I wondered what he was thinking about.” 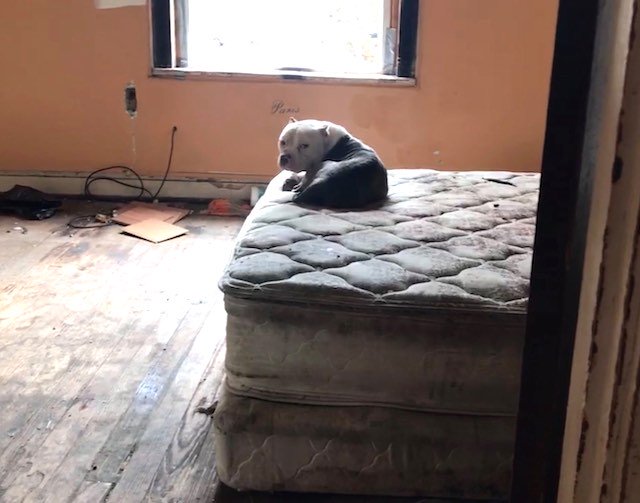 “‘Whatchu doing? You wanna go bye-bye? Let’s get you out of here,’ Donna said to him.”

They managed to coax him to their vehicle.

“It only took him a second or two to be certain we were the good guys, and he eased off the bed and came over. Somehow, he trusted her and down the stairs and through the door he led us.”

It was obvious the dog was in pain and in urgent need of not only medical attention but love.

“We knew his condition was bad and probably had been for a long time. He must have been in shock or had somehow grown used to the pain because he never made a sound as she helped him up into the jeep. As we were buckling up, he tried to crawl over the console to sit in our laps. He smelled like death, but he sweetly nuzzled and licked our cheeks as if to say, ‘thank you.’” 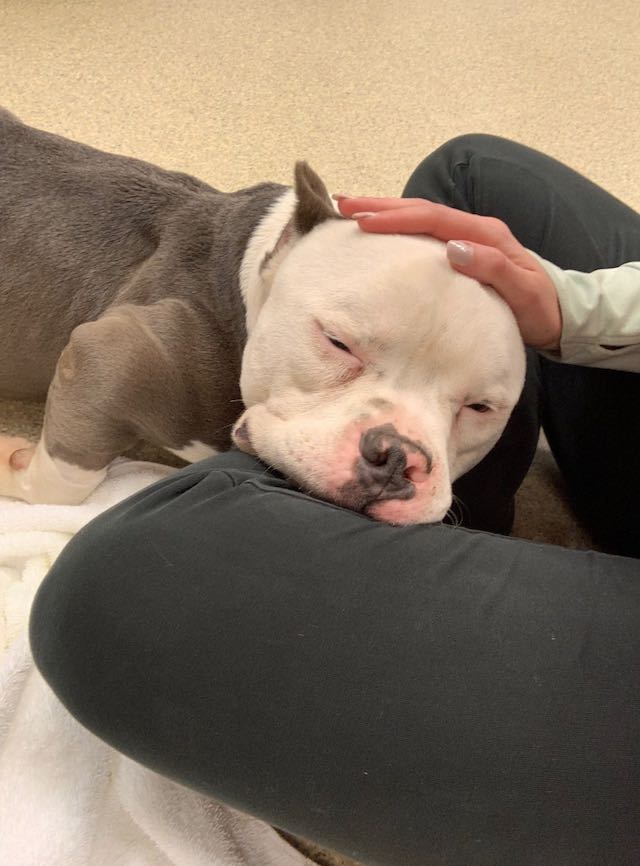 But the news they would receive next made their time together short. It was an emotional moment for his rescuers.

“From that point on he was never alone again, all the way to the end. He visited with specialists, we were ready to do anything possible to save this sweet angel. But his insides had become necrotic and too much damage had been done from the severe prolapsed rectum.”

“Although thankful he didn’t die alone in that abandoned house and got to know so much love in such a short time, our hearts broke. Every animal that comes to us matters.”

It is of comfort to know that this sweet soul received love in his final moments.

And although heartbreak is part of an animal rescuers’ daily life, that doesn’t stop them from going out and finding another dog to give a second chance. But they know they can’t do the work alone, they need volunteers and philanthropists to keep them alive and for them to be able to try to keep animals alive.

Stray Rescue acknowledges this, writing, “You allow us to pull out all the stops, send them to specialists when needed, and receive expensive surgeries. You believe in our mission and agree they deserve to know love. We can never thank you enough.”

To give other stray dogs a second chance, visit Stray Rescue’s website and make a donation.