It’s truly horrifying what some people do to innocent animals. What a group of neighborhood kids did to a defenseless, one-year-old puppy in Philadelphia is hard to believe.

At least the story has a happy ending. 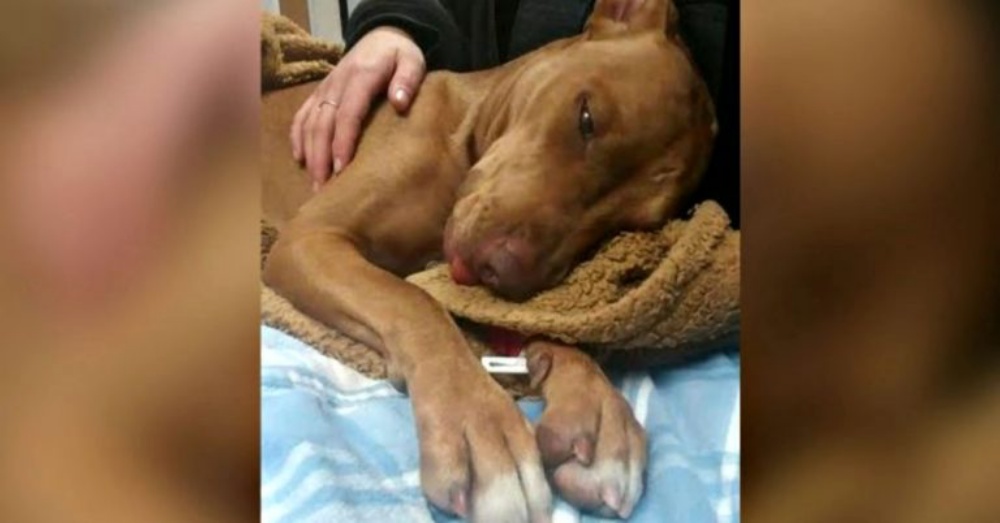 She was still breathing, though — actually, she was panting frantically.

He didn’t know it at the time, but Peanut (as the dog was soon called) had been injected with cocaine. Her tired heart was racing very fast and she was likely terrified and confused.

She was swiftly taken to an animal shelter, Faithful Friends Animal Society. When she arrived, she was in a very sedated state and still minimally responsive. 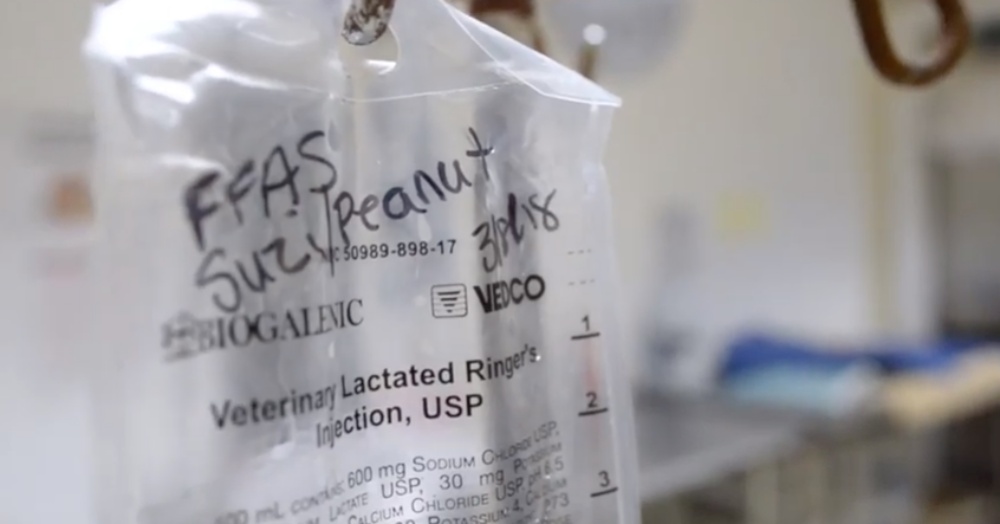 The team started fluids and bloodwork immediately, and comforted the poor girl, giving her the affection that she desperately needed and deserved. They didn’t know what had happened to her, but they knew they had to act fast.

She couldn’t even stand, much less walk, and wouldn’t eat or drink either. She just lay there panting, surrounded by people who were trying their best to save her.

She was transferred to Windcrest, a nearby animal hospital, for additional care and so they could test her for drugs. 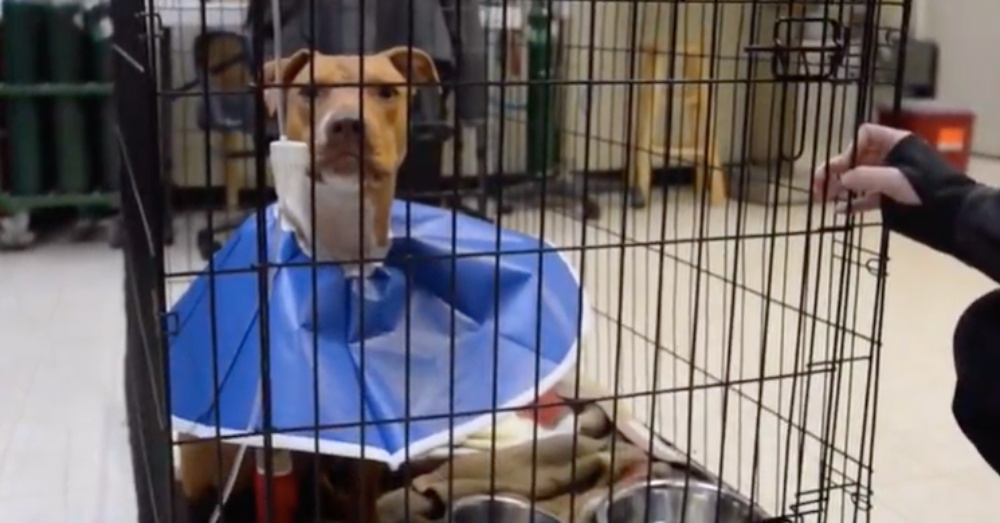 She tested positive for cocaine and THC. They didn’t know how much she had been given or if she would survive.

“Sweet Peanut had a long night under critical care and she fought for her life,” Faithful Friends wrote on a video of Peanut on their Facebook page. “She made it through the night and showed signs of significant improvements the following morning. Her tremors have not gone away completely, but she’s now able to stand, walk, eat, and drink. Her care was transferred [from Windcrest] back to Faithful Friends, where she received constant care, continued to get fluids, and was monitored very closely.”

They eventually found out that Peanut had been found outside a known drug house. After she was picked up, residents in the area told law enforcement that local neighborhood kids had drugged the poor dog. 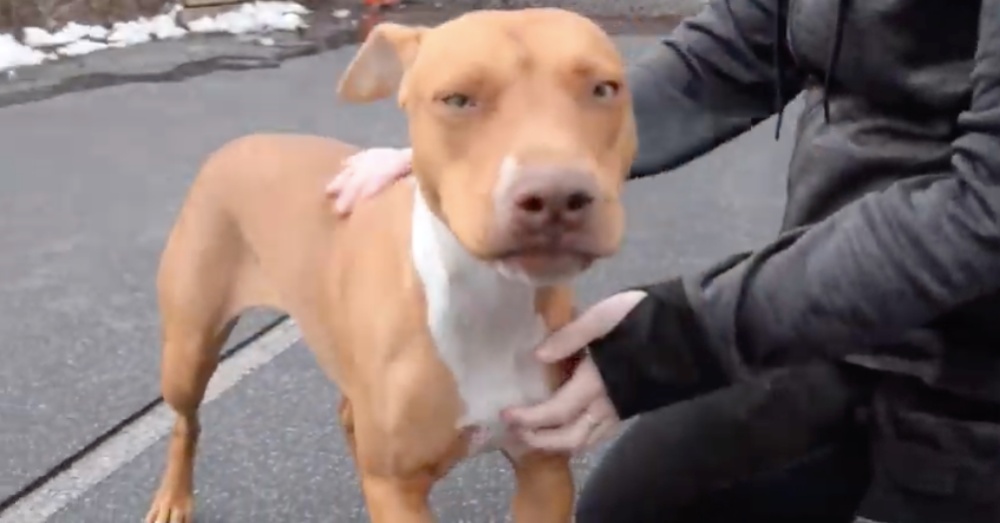 The marketing manager at the rescue center, Kevin Rentz, said, “Our vets had never seen mistreatment dealing with narcotics like this. It was heartbreaking.”

With continuous fluids and around-the-clock care, they were able to flush the drug out of Peanut’s system. After a few days, she was in the clear. Being only a year old worked in her favor, as her body was resilient.

Her spirit was resilient, too. 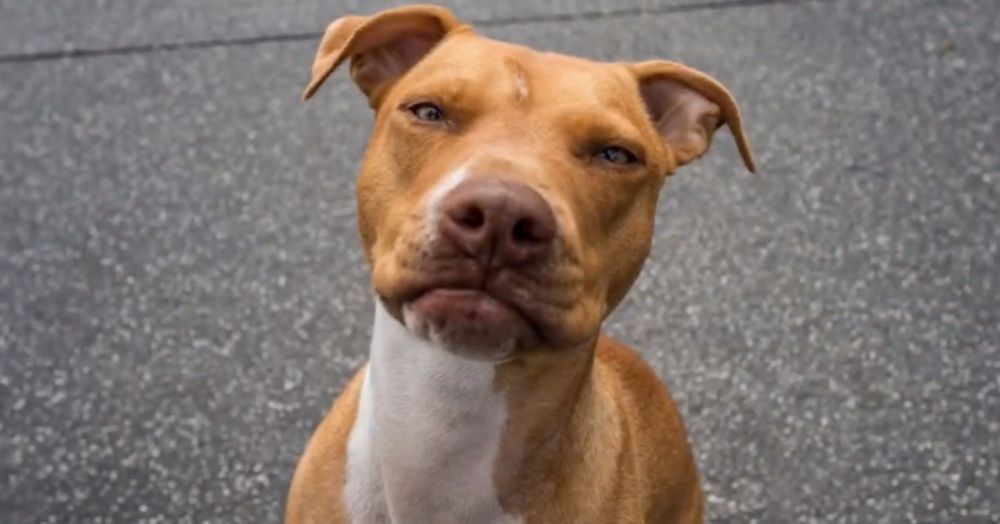 Despite everything she’d been through, Peanut was playful and loving with the staff. She especially loved to play ball.

“She stole the hearts of all the vets and techs here. Once the drugs had started leaving her system, you could see her personality pick up,” Rentz said. 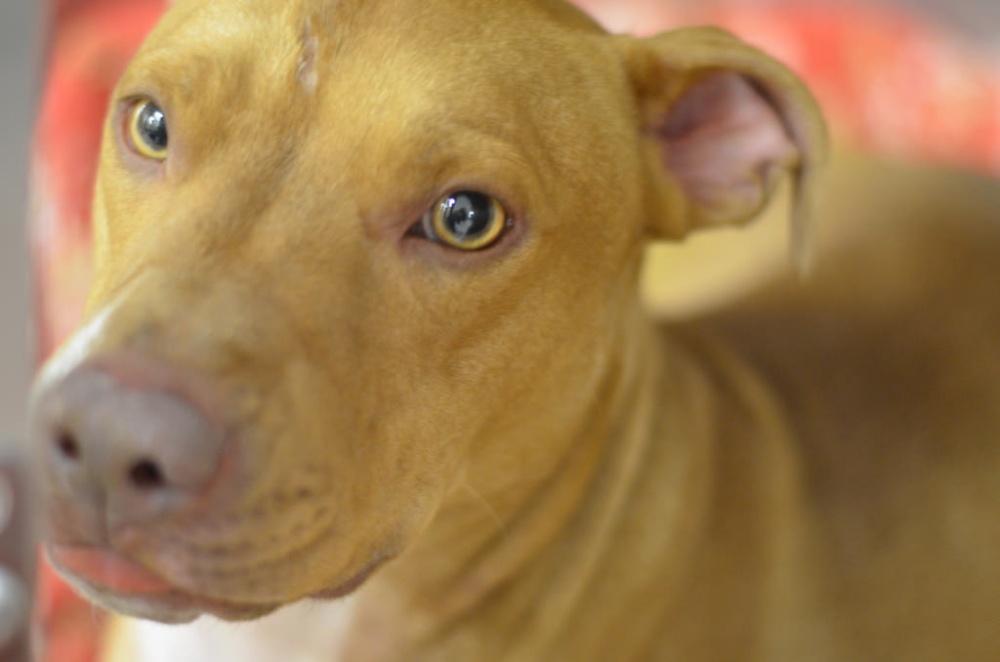 Peanut was renamed Suzi to mark the start of a new and better life. Shortly after her story went viral, she was adopted.

We are so happy that Suzi is in good hands now, and grateful to Faithful Friends Animal Society and ACCT for their swift action in saving her life.