Henry, a senior beagle from West Virginia, may be an elderly dog, but he’s not going to let his advancing years interfere with his favorite hobby: chasing rabbits.

Unfortunately for old Henry, his hunting skills aren’t quite what they used to be. Case in point is an embarrassing incident with a rabbit who outmaneuvered the old dog by fleeing into an abandoned car partially buried underground. But when old Henry followed, the dog promptly got stuck. Not only did Henry have to watch the bunny hop off to freedom, he was now stuck underground where nobody could find him. 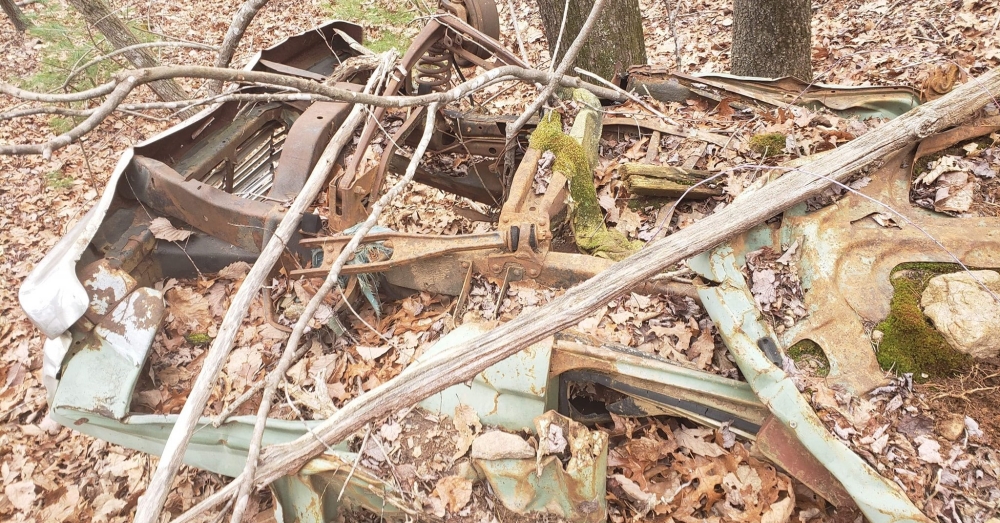 Henry’s predicament really frightened his owners, who started combing the property when the missing beagle never came back from his bathroom break. They could hear him barking, but the dog was nowhere in sight. Was it a ghost? What was going on?

Finally, the family decided to call Franklin County Animal Control and Shelter, which followed the sound of the dog’s barking and quickly started digging. 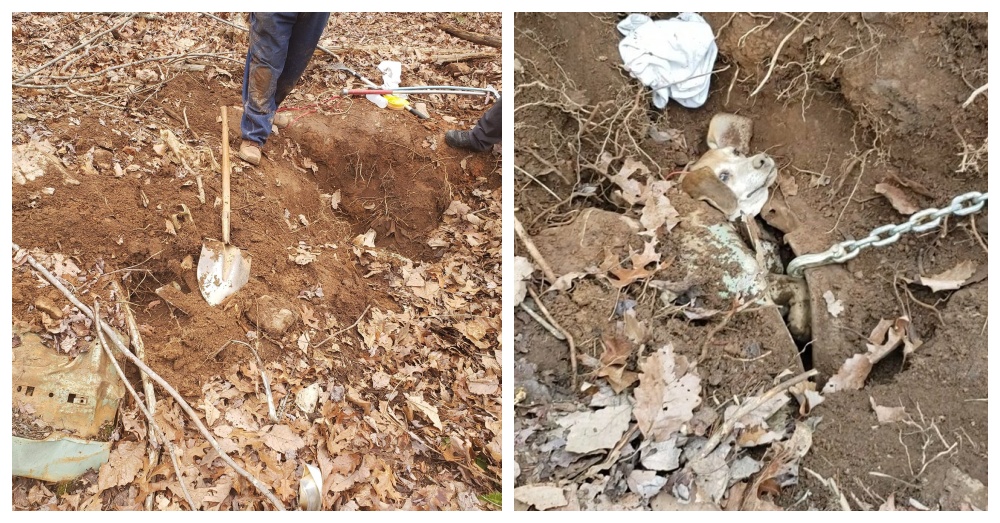 “Happy ending for sweet elderly Henry,” rescuers wrote on Facebook. “He was doing what any curious rabbit chasing beagle does…he managed to chase something in a hole on his property which turned out to be a buried old abandoned vehicle.” 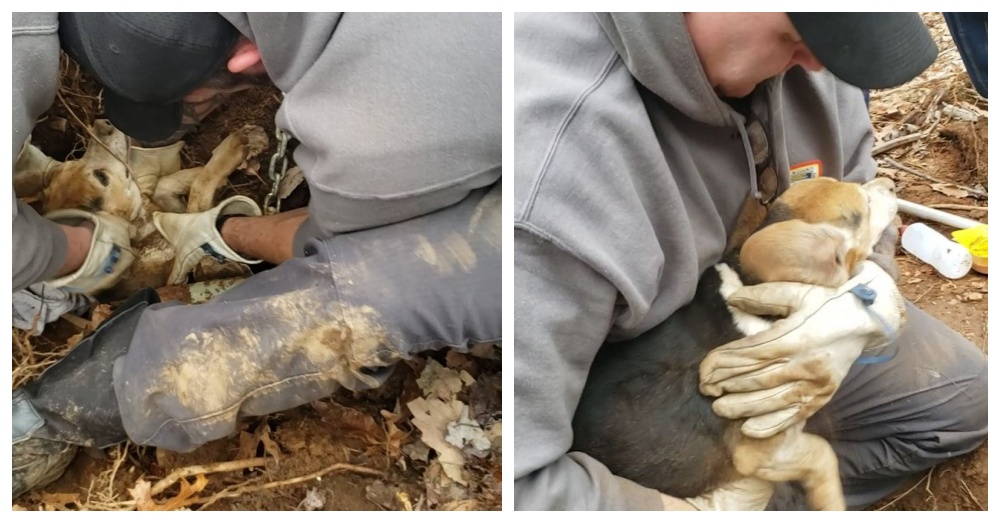 With help from the local fire department, rescuers managed to safely extract the old dog from this unusual pickle. “Happy to say Henry is fine!,” they wrote. “He did not experience any pain during the rescue, just a little cold, thirsty and tired!

After he was pulled from the car – a difficult task achieved with the help of special metal-bending tools — the grateful dog just wanted to cuddle with rescuers. He was also clearly exhausted from this ordeal, so his family quickly prepared the old dog’s favorite spot in front of the fire. 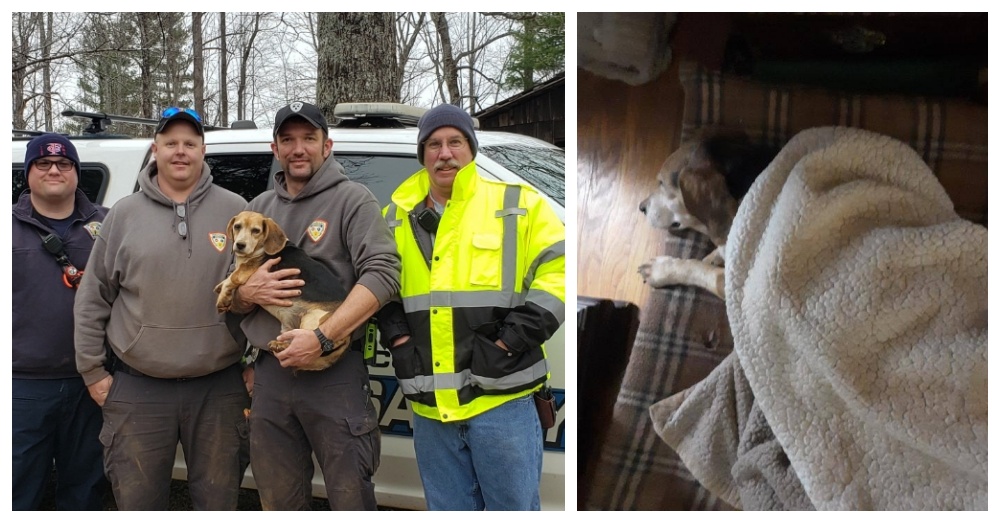 It’s anyone’s guess how this ordeal might affect Henry’s future hunting adventures, but we’re just happy that Henry was rescued and returned to his family. Happy hunting, Henry! Be safe out there!