Everyone deserves a nice place to live – a place that can truly be a warm and safe environment. This goes for animals as well.

Oftentimes, animals will find themselves forced to live in squalid conditions, and that is quite unfair. Like humans, they should also be entitled to a warm, safe, and sanitary place that they can call home.

One stray dog mom and her little puppies are getting a second chance at finding a loving forever home after they were rescued from horrific living conditions. 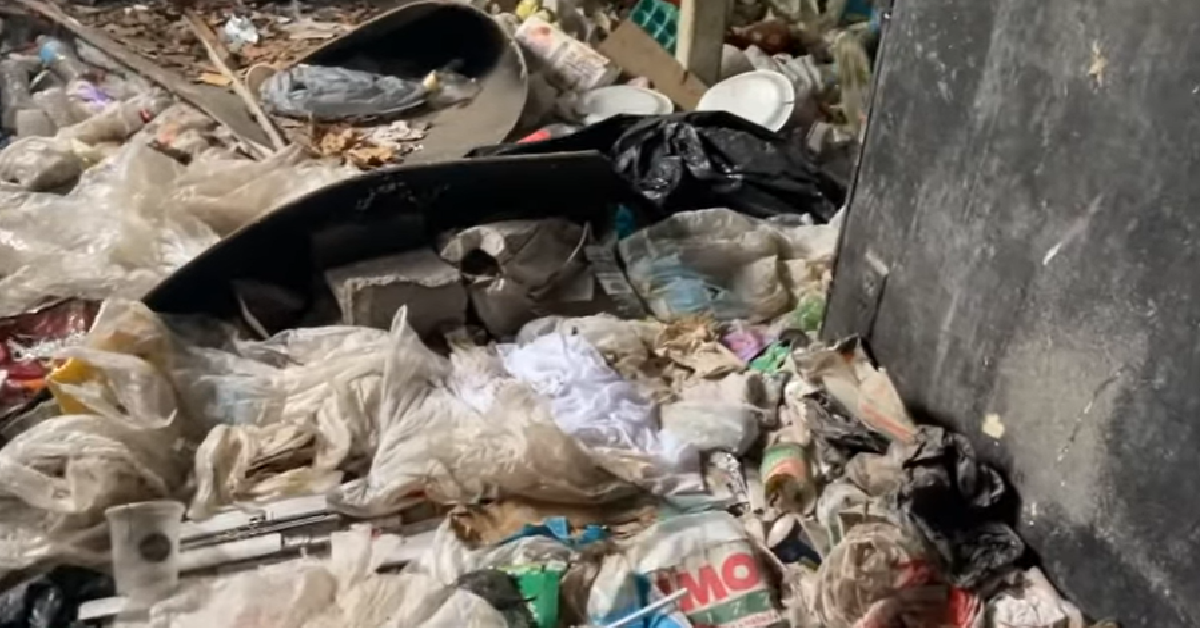 The stray pooch and her pups had been living inside a derelict home, and it was not a good environment for them at all. Fortunately for the little canine family, they were found by the group Stray Rescue of St. Louise.

They did not have an easy time rescuing the dogs. In fact, in order to reach the mama and her babies, the rescuers had to climb over tons of garbage and other waste that had accumulated on the floors of the abandoned home.

It was absolutely filthy, and it was described by the veteran animal rescuers as being “by far one of the most disgusting houses we have EVER been in.” 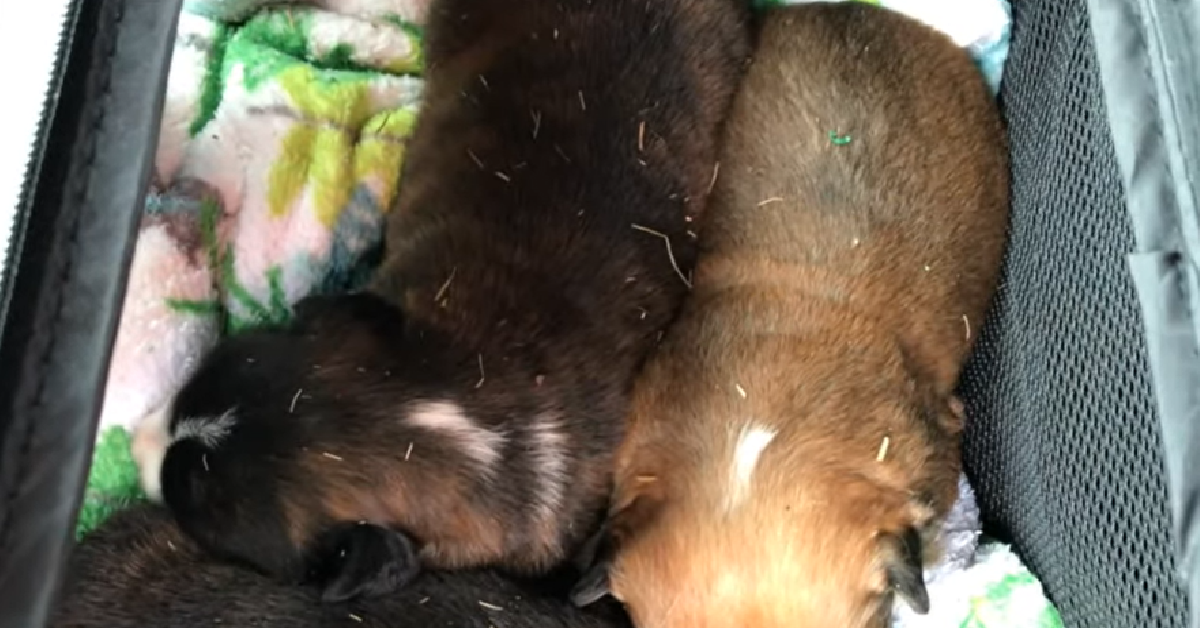 After seeing the footage from the rescue, it is absolutely shocking to think that these poor animals had to live in such vile conditions.

The rescue group, once they had made their way into the location, had a bit of a hard time distinguishing the stray mother dog as her black fur meant she blended in with the darkness in the room. When they tried to get her, she gave them the slip, meaning they had to come back and try again the following day. 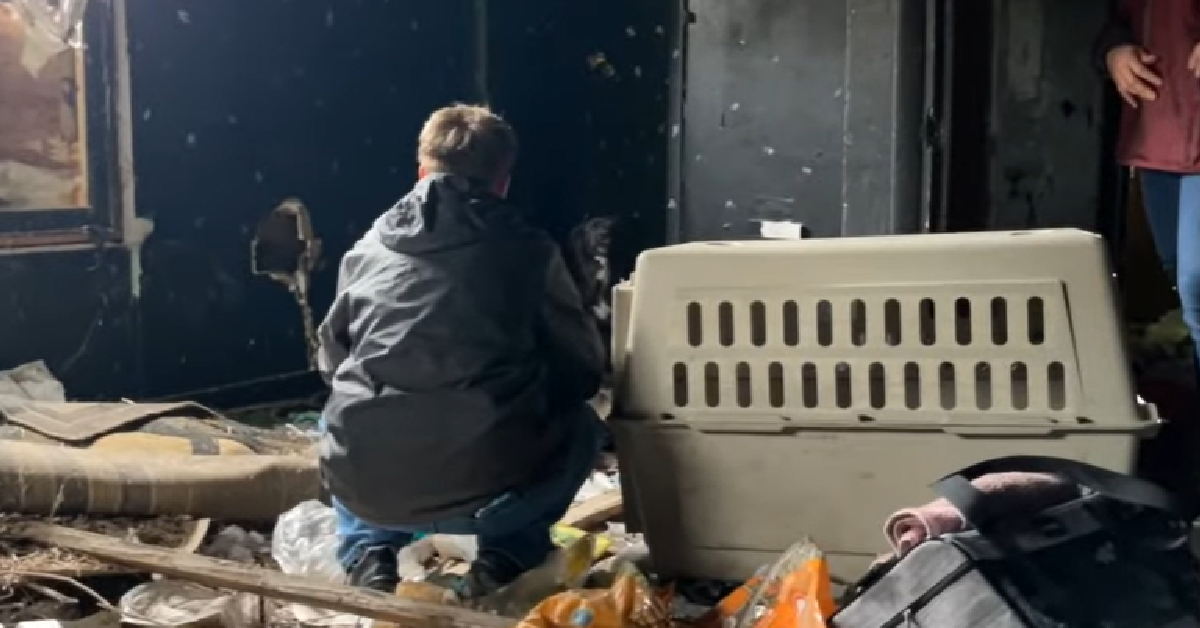 But the lead rescuer, Donna, knew that they had to come up with a plan if they were going to get the dog and puppies to safety. And it worked! They eventually got her and her babies into crates and were able to transport them back.

Unfortunately, two of the puppies had been found deceased. But as the rescue organization shared on their social media, their bodies were brought back as well in order to give them a proper send-off. The group wrote in a post, “We named them, will have them cremated, and will honor them.” 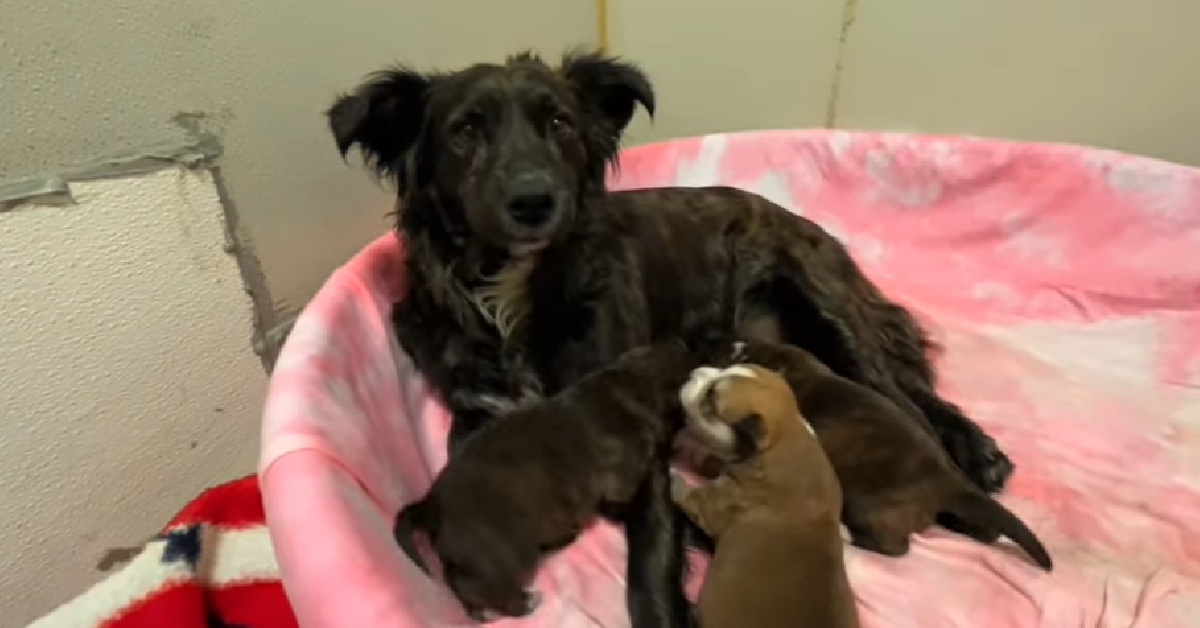 Now that the mother dog and her remaining puppies have been rescued from squalor, they only have bright days ahead of them!