When Hurricane Ida swept through New Orleans, many people and pets were impacted by the category 4 storm. One of those dogs was a pit bull named Bubbles, who was chained up outside by himself to brave the deadly storm, then spent days trapped in the rubble — hungry, thirsty, frightened, and desperate for help. 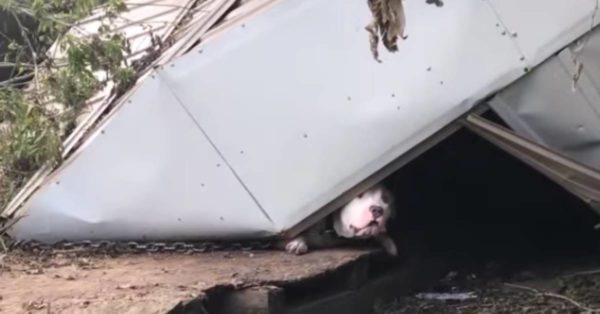 Bubbles’ lucky break finally came when a neighbor noticed a terrified dog stuck under a collapsed shed. That person flagged down a nearby disaster response team, which was working to help people and pets affected by the hurricane. After hearing about Bubbles’ dangerous predicament, rescuers from the Humane Rescue Alliance rushed to the scene. 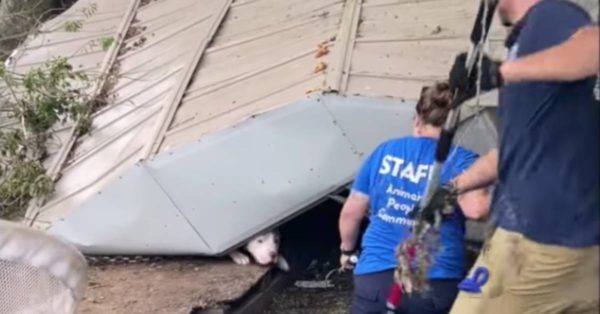 Working in tandem with the Louisiana SPCA, rescuers rushed to free the dog from the rubble. But as rescuers pulled away the debris, they came to another disturbing realization. In addition to finding himself trapped, Bubbles had been chained up outside to weather a storm so big much of New Orleans had been ordered to evacuate. 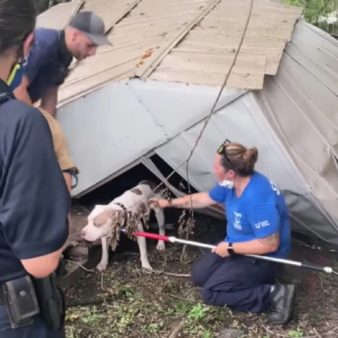 “We suspect the dog had been stuck there – terrified in the sweltering heat with no food or water—since Hurricane Ida hit on Sunday,” rescuers wrote on Facebook. By the time Bubbles was rescued, it was Wednesday. The dog hadn’t had food or water for 4 days. 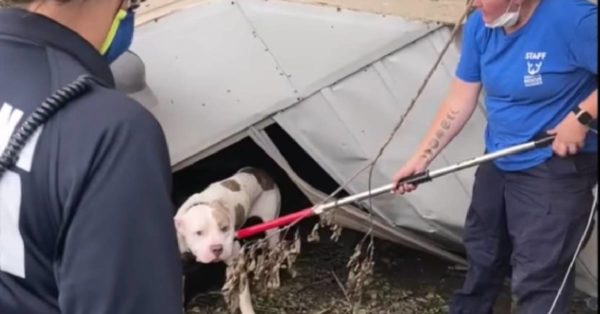 “Our team carefully lifted the shed enough so we could guide the dog out from underneath and free him from the chain,” rescuers explained. Incredibly, this miracle dog had survived this terrifying ordeal unscathed.

But the best part of the story is what happened when Bubbles realized he was finally safe. The fearful pup instantly transformed into a friendly, grateful, and affectionate dog determined to thank rescuers for saving his life.

“Once freed from the shed, Bubbles was super friendly and sweet and became almost immediately affectionate toward his rescuers,” Humane Rescue Alliance wrote. 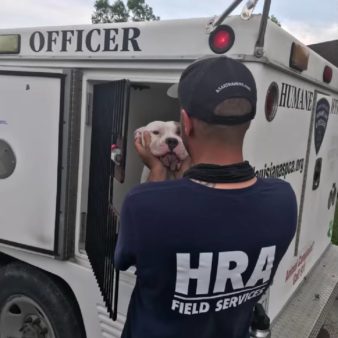 Bubbles was transferred to the Louisiana SPCA for veterinary care, where he’ll stay while shelter workers try tracking down his former owners. Meanwhile, GreaterGood is also racing to save people and pets affected by Hurricane Ida.