Hope For Paws received an urgent call about a pit bull hanging out on some active railroad tracks. He was badly injured and needed immediate help. The sheriff stopped the train to allow them to come in for the rescue. 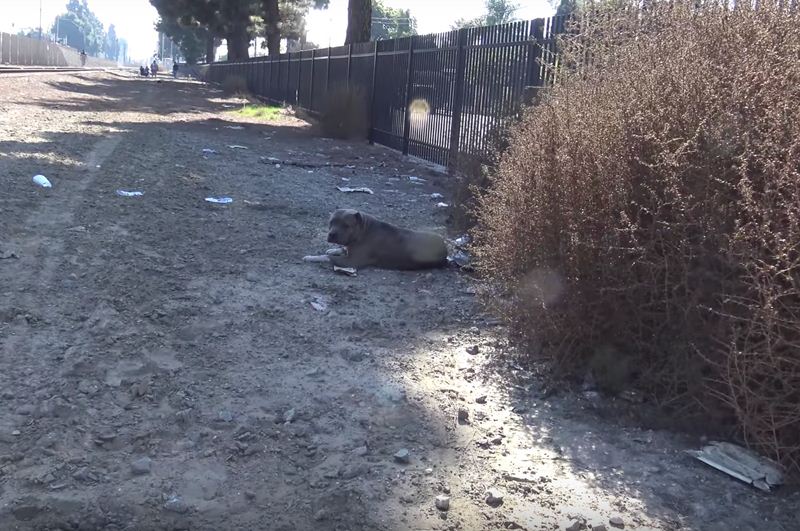 Eldad slowly approached the sleeping pit bull in hopes he would surrender, but Hulk got up and walked away. This is when they noticed the huge gash in the dog’s shoulder. They would have to get him to a hospital as soon as possible. 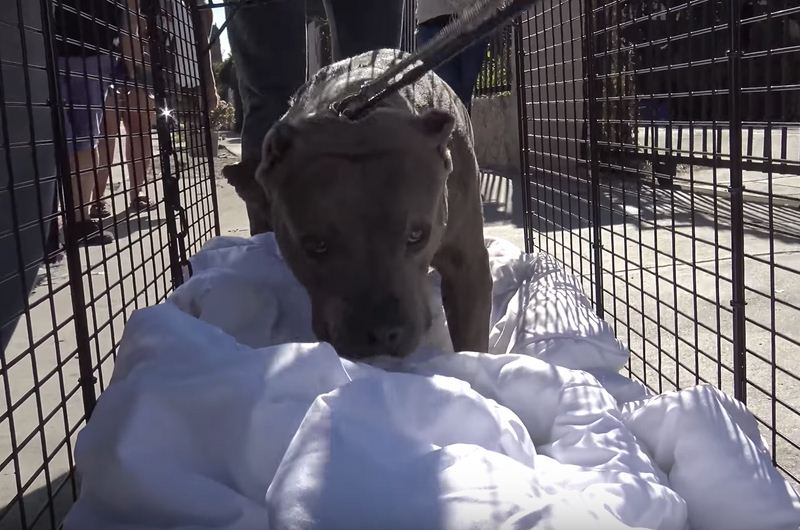 After getting past the net barricade, Loreta was able to place the gentle snare around the dog’s neck. Hulk was found to be the sweetest dog and happy to be safe with the rescuers. It was time to get him into the crate and transport him to get the help he so desperately needed. 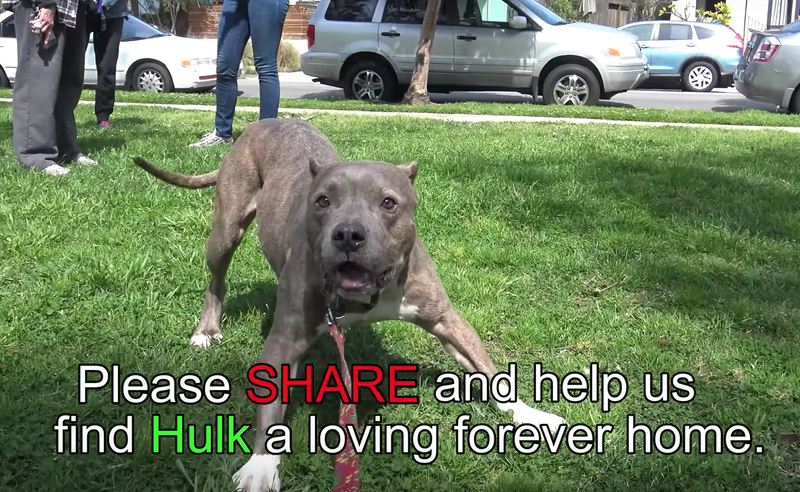 Hulk was brave and cooperated with the medical team as they fixed his shoulder. They also discovered he had a broken jaw and multiple fractured teeth. On day three, Hulk was all better and kissed Loreta as a thank you! He’s now in a foster home awaiting a forever home. 🙂