Hope For Paws received a text on their emergency line about a senior dog who was injured and running on the streets and dodging traffic. By the time Eldad arrived, the dog had collapsed from exhaustion. She took refuge and found comfort on top of an old mop. 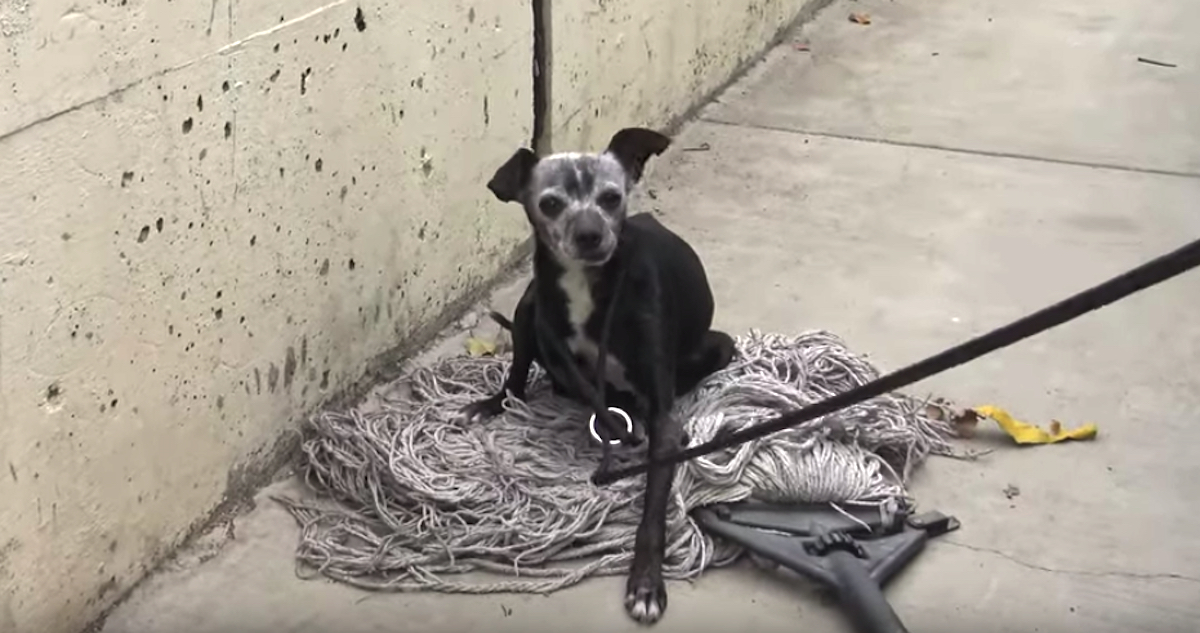 The rescuer snuck up with a gentle snare to capture her. But Pipa was so tired, she immediately lay back down on the mop to go to sleep. She was taken to the vehicle to be transported to the hospital and was so happy to be safe that she started wagging her broken tail. 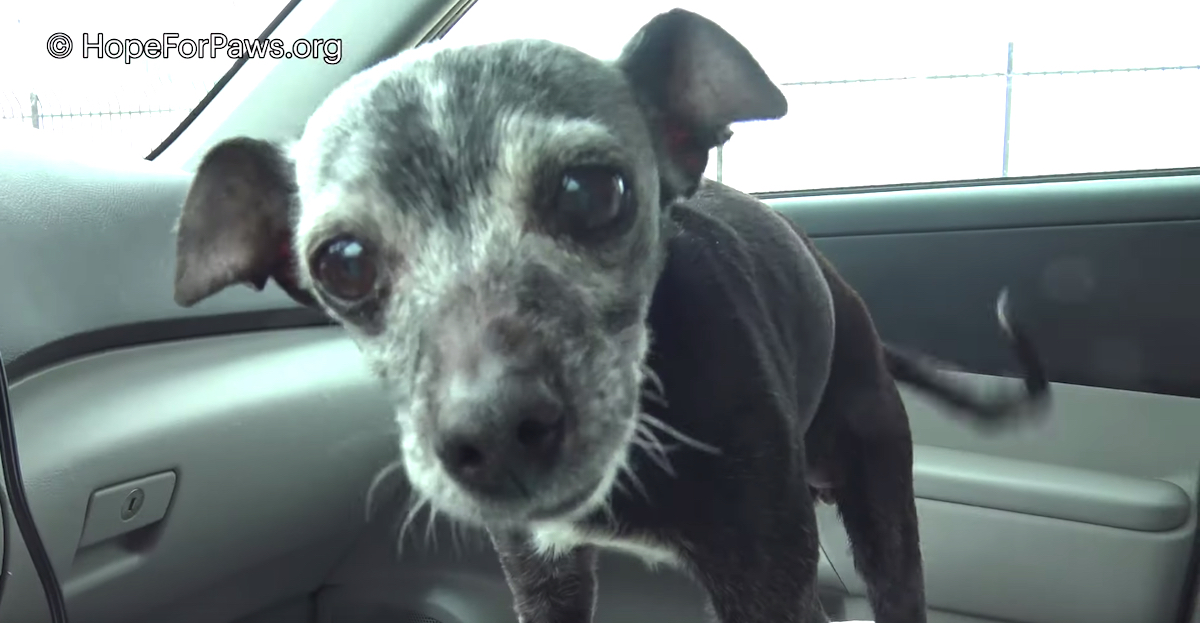 But first things first, another rescue along the way! They stopped to rescue a cat named Corey and then proceeded back to the hospital.

Pipa was cleaned up, and they realized she was suffering from an infection in her spine. The dog would have to be hospitalized, but Lionel’s Legacy stepped up as a foster until she’s ready for a forever home. 🙂