Hope For Paws received a call about a scared dog hiding underneath of a car parked on the road, so Eldad set out to rescue her. When he approached, he noticed she was wearing a pink collar without a name tag. He offered some treats to try and lure her out. 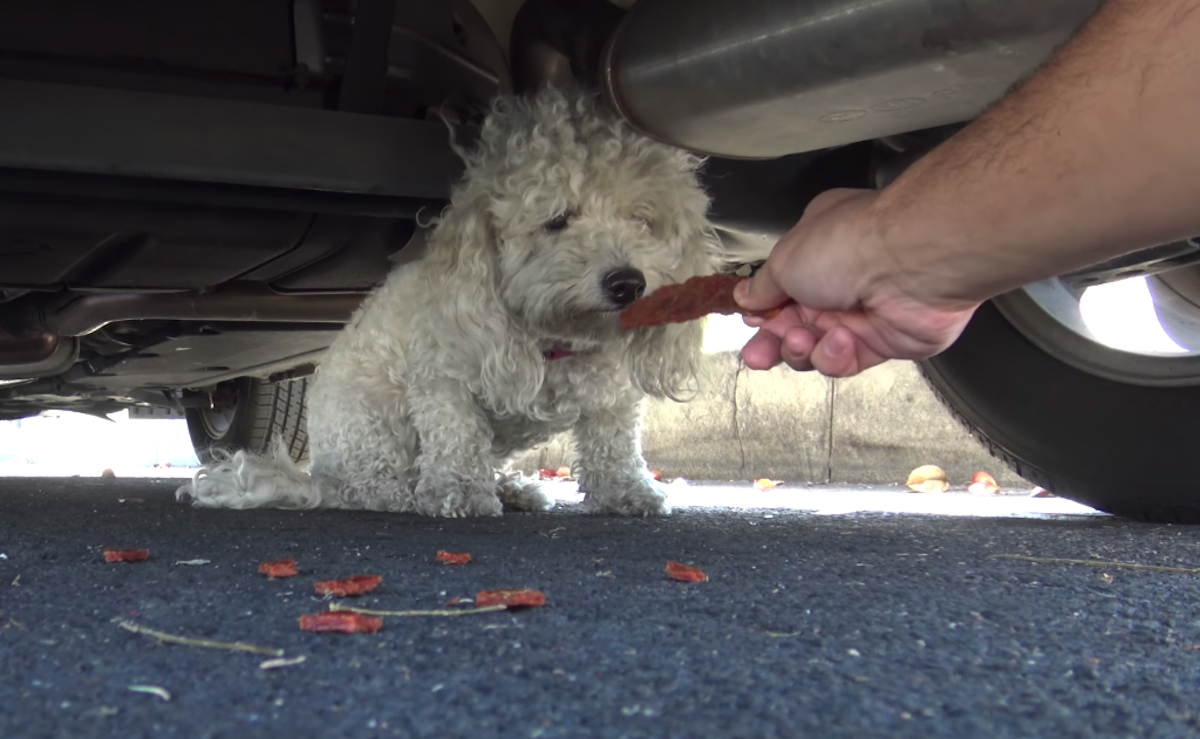 The little dog didn’t want to come out, so Eldad went back to grab the gentle snare. Interestingly, she followed him to the vehicle, but then she stole the treats and retreated back under the car! But when he sat down on the curb and called for her, she approached. Eldad held onto her by the collar until he could secure her with the Lucky Leash. 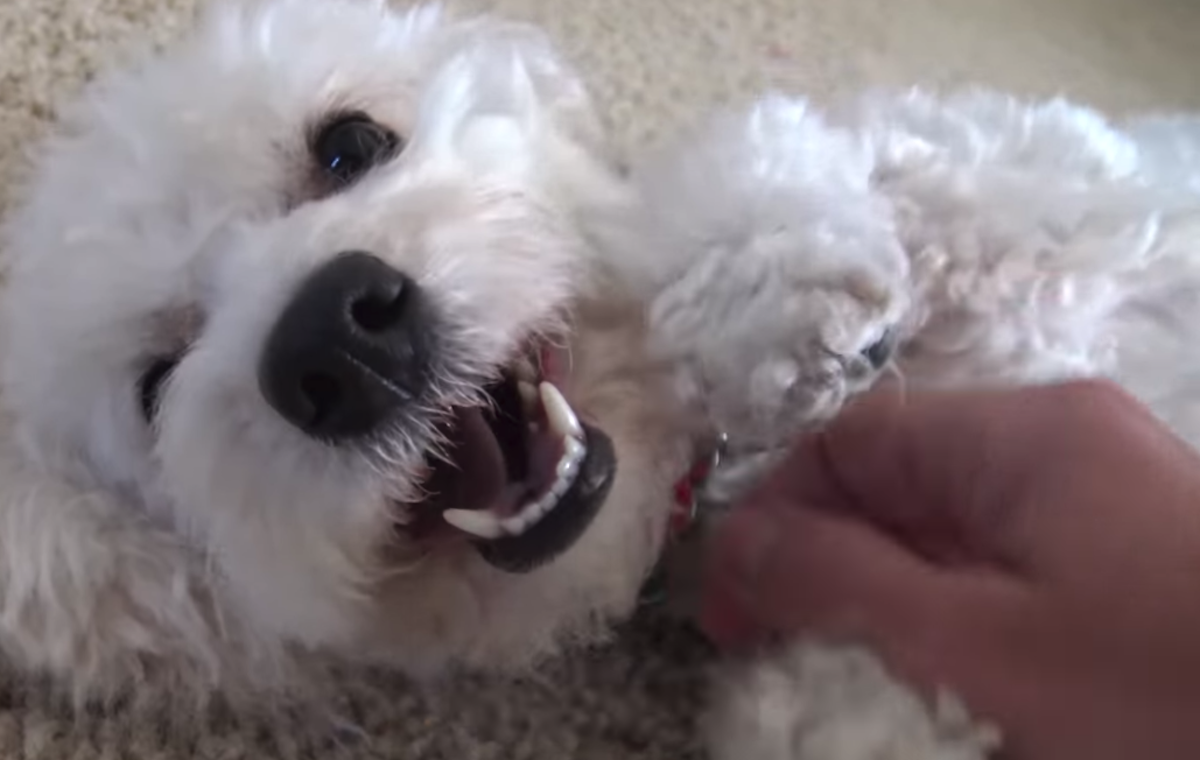 He named her Snowbird and took her back to the hospital, and that’s where they noticed she had trouble walking. Vets found nothing wrong with her legs, so she was off to ART N’ Paws to be fostered where they would keep a close eye on her.

After completing the video, they found out the source of Snowbird’s medical problem causing weakness in her hind legs is actually in her heart: a condition called Cardiac Shunt. It will be determined whether she needs surgery to fix it or if it can be managed with medication.