In India, a stray dog accidentally fell inside a 100-foot dry well, and locals immediately reported it to the Gujarat Society for Prevention of Cruelty to Animals. The call was received by Raj Bhavsar, who assembled a team for a rescue operation in Kandari village. Upon arrival, the rescue team saw that the well was deep and dark. For this reason, the rescue operation took over an hour. The rescuers were able to go down the well with the help of fire torches from the locals in the village. Due to the lack of lighting, it was challenging to find the dog, and they could only hear whimpers and wails. 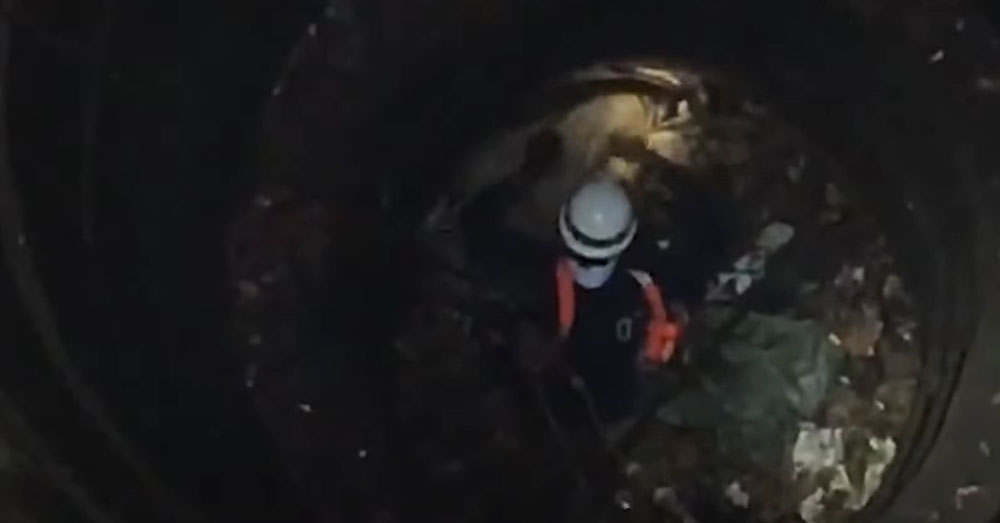 One volunteer bravely went down further to get the dog out of the dark. It was still a tough risk even with full-safety equipment. Thankfully, the villagers were kind enough to assist the rescuer all throughout the hour-long rescue mission. Fire torches were guiding him until the sight of a white dog came into view. As soon as the rescuer saw the dog, he instantly grabbed the poor canine, who was shaking from fear and anxiety. The locals couldn’t help but shout for joy and applaud the rescue team for a successful rescue mission. 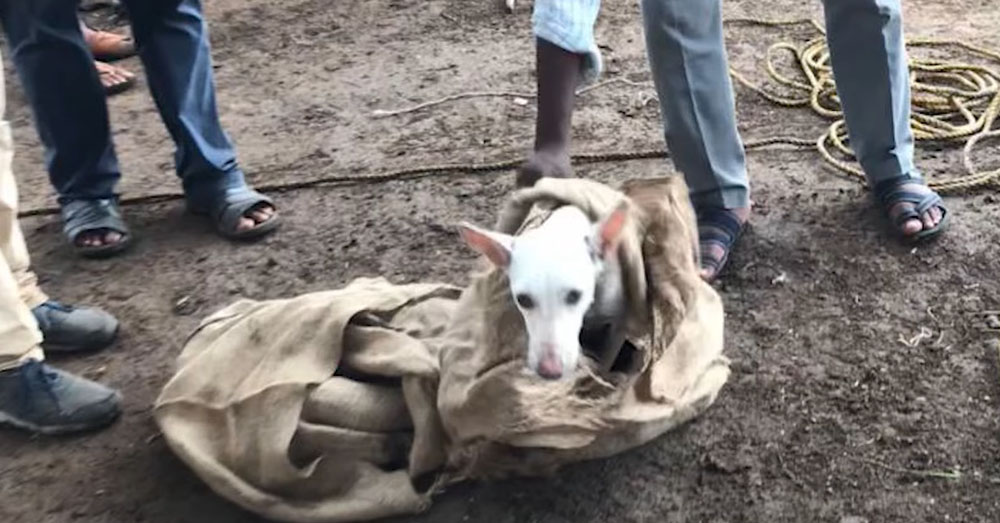 “When our volunteers reached the spot, they realized that the well was nearly 100 foot deep. One of our volunteers got down into the well with the help of ropes. The dog was carried out of the well safely,” Bhavsar shared in an interview. The rescuer covered the dog with a sack and safely held him while the others pulled them back up. Aside from the incredible teamwork the volunteers and villagers did in the operation, the most surprising part was that the dog did not show any signs of injury after the fall. As soon as they released the dog, it tried to run like it hadn’t been stuck in a well just a few minutes ago.

It was indeed a wondrous dog. Not only did it make the people show their sense of camaraderie, but the dog was also a great survivor. Who would’ve thought that it could easily survive inside that terrifying well? Watch the video below from the Times of India to see the miraculous survival of a stray dog from Kandari Village.