Los Angeles County animal services has taken in around 200,000 homeless or lost dogs over the last six years. The story of “New Boy” is one for the record books; he isn’t just any ordinary dog! 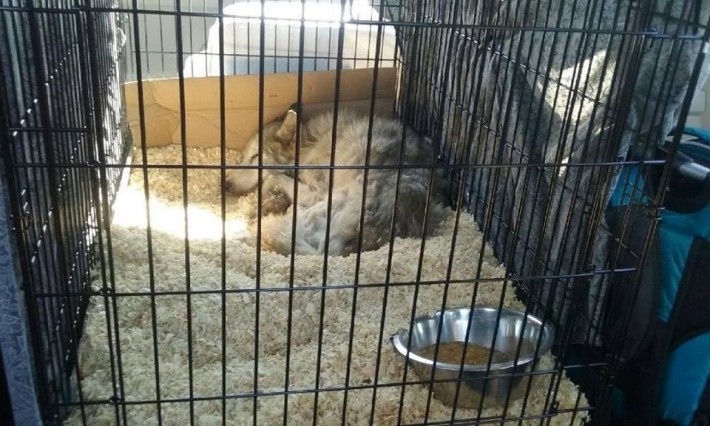 New Boy was found alone walking around an LA suburb. 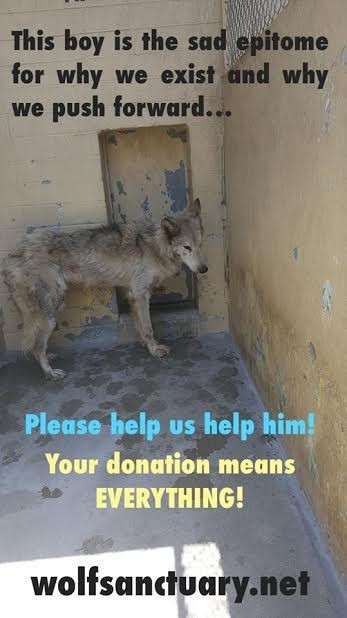 Rescue teams were able to pick him up and quickly realized he was very different; he was part wolf and part dog – a wolfdog! 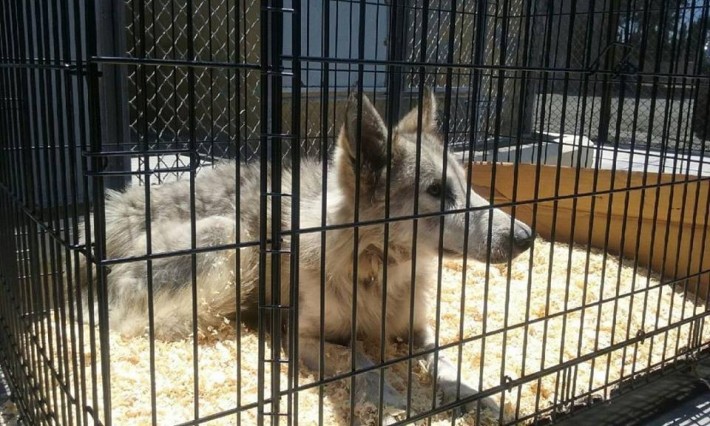 In Colorado, the director of animal care at W.O.L.F. (Wolves Offered Life and Friendship), Michelle Proulx took him in and immediately saw New Boy was in rough shape. 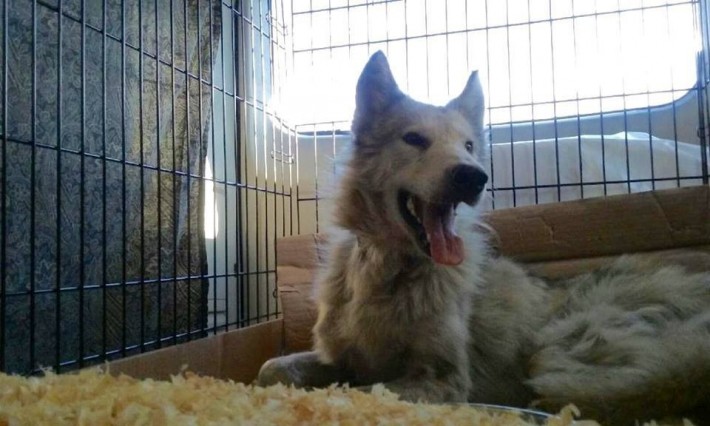 Since New Boy was dehydrated and emaciated, they gave him food and fluids right away.

A trip to the Wellington Veterinary Hospital revealed that New Boy was also anemic and was suffering from inflamed feet. 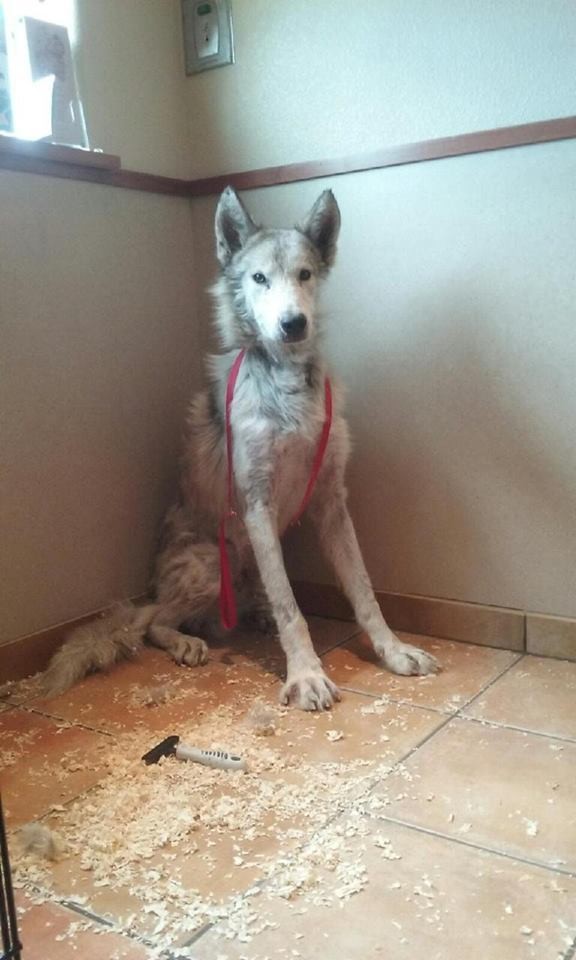 Michelle said New Boy was very scared and timid at first, but after a few days with his new caretakers, he started to relax, a little. 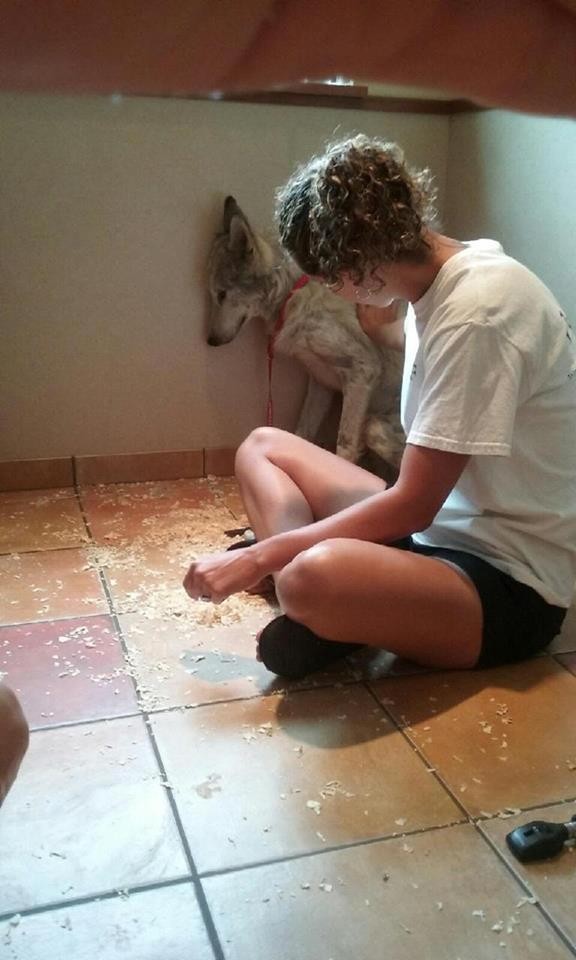 Michelle said New Boy isn’t the same animal they met – that he is starting to understand he is in good hands. 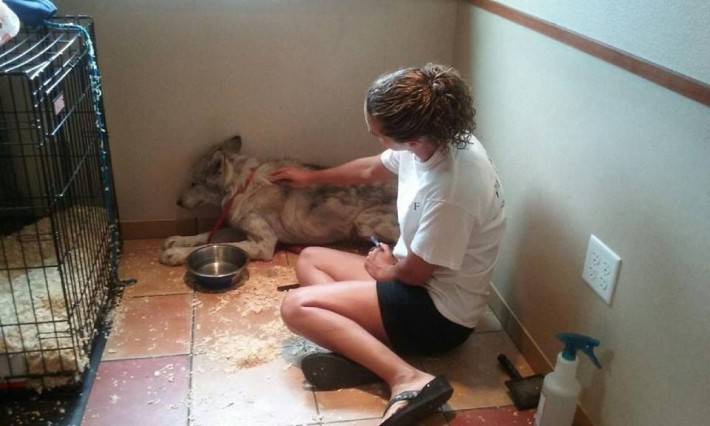 Michelle added that many owners give up their wolfdogs at a young age when they realize that they are not dogs; many wolfdogs don’t make it past two-years of age.

The short term plan is to teach New Boy to trust the people who are taking care of him. 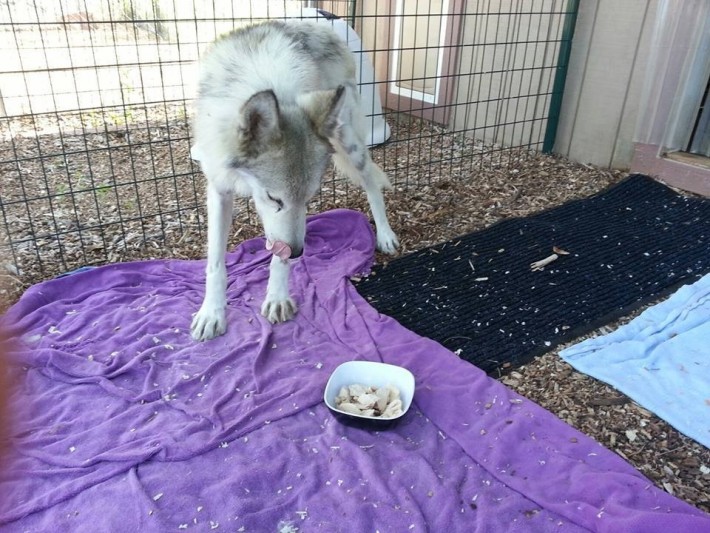 They eventually want to pair him with a female. 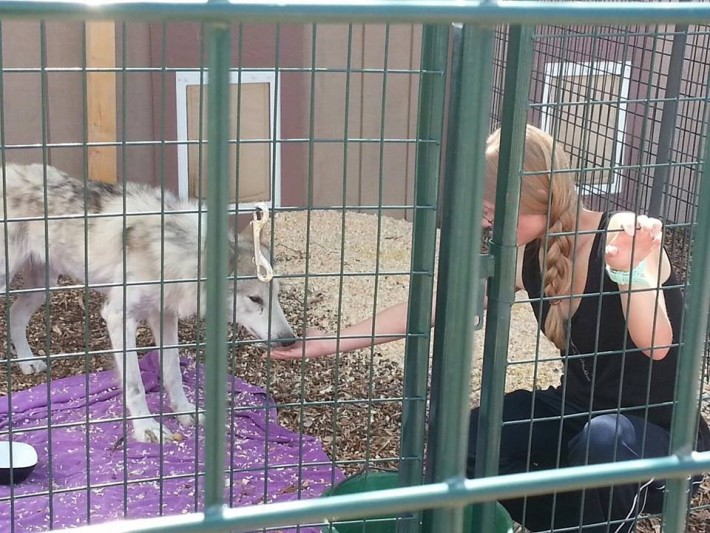 Consider making a donation to W.O.L.F or visit their website to see what other things they are doing! Share away, people.