Hope For Paws received a call about a homeless dog who was staying at a schoolyard. Since school was out for the summer, she felt comfortable there all alone. Rescuers arrived to find her hiding in the bushes, and the stray was way too nervous to approach them. 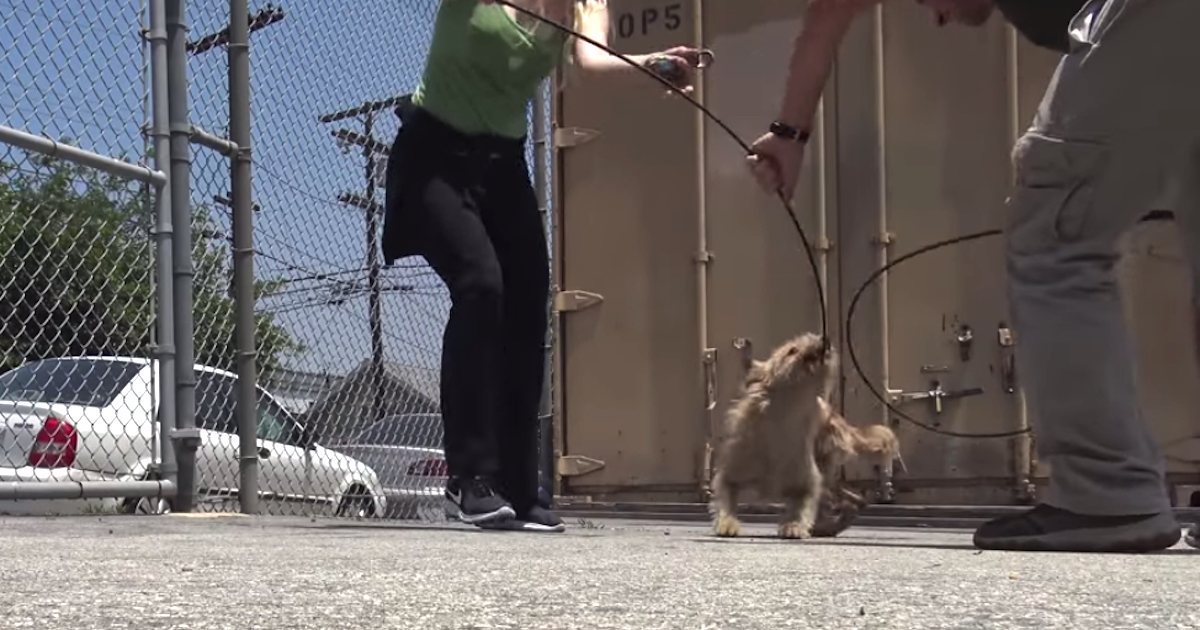 They secured the area with the help of Brenda, the Good Samaritan who called them about the dog. They were able to get a gentle snare around Sunshine, but she started chewing on it! So they hurried to apply another. At one point they had three snares on her, and it almost wasn’t enough as she continued to chew through them. 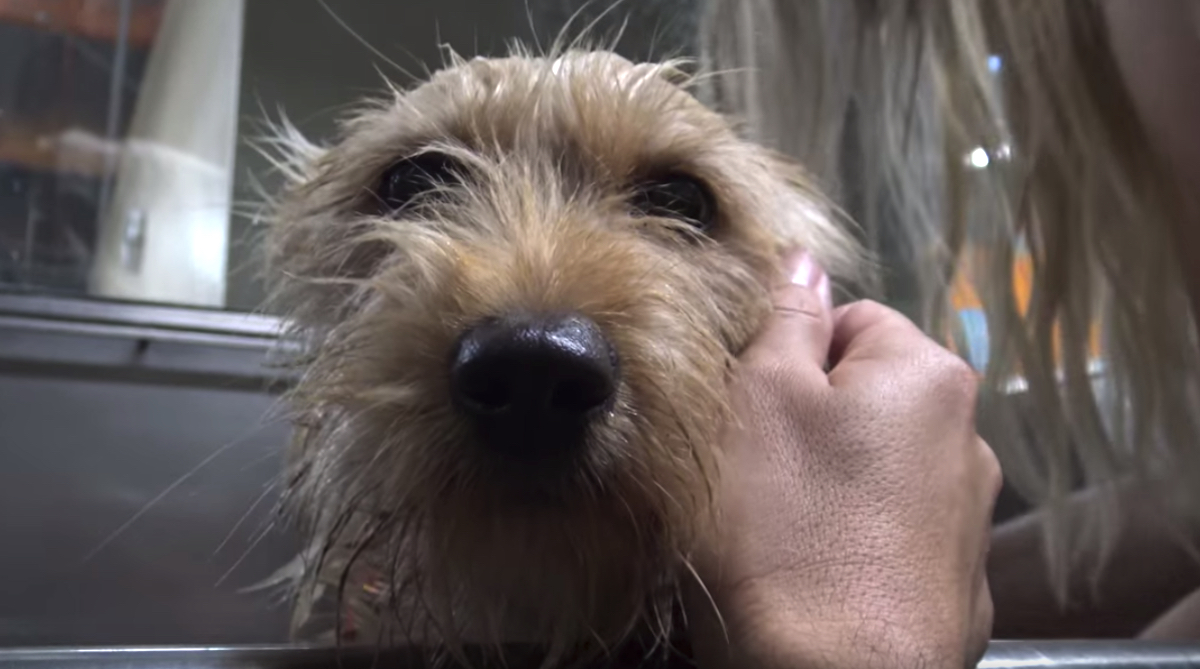 They quickly grabbed a crate to put Sunshine in, and even then she kept fighting the snares. After removing each one, then and only then she started to relax. They gave her a few minutes to catch her breath before transporting her to the hospital.

Before her body could heal, her soul needed to heal. The healing process was going to take some time, but Hope For Paws knew the perfect couple for the job! Sunshine is now being fostered by Much Love and is ready for that forever home.