Irk is a military K-9 who spent 6 years serving our country. Now after many years of brave service, the hard-working dog finally gets to retire with his veteran handler in Arizona.

According to Fox10Phoenix, Irk used to work with former Staff Sergeant Sheridyn Rupp, who bonded with the German Shepherd they patrolled a military base in Illinois. 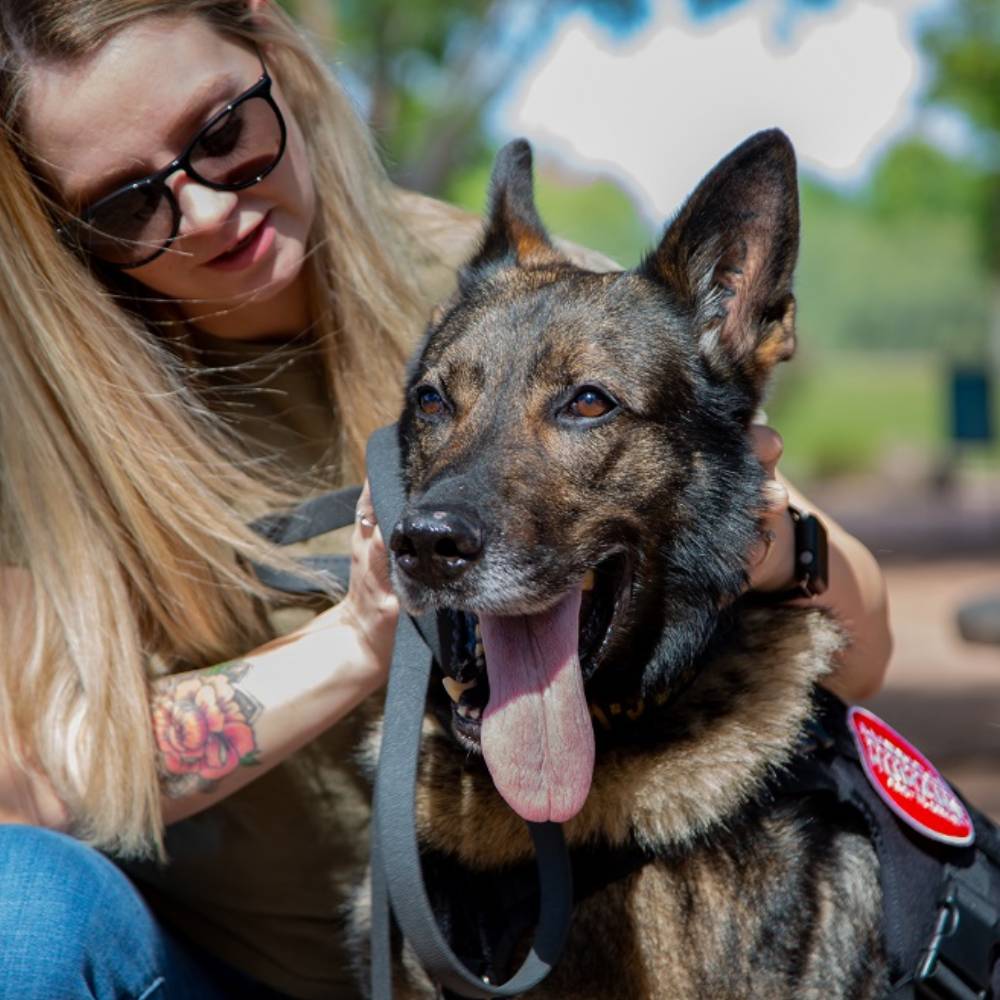 The veteran’s social media pages are filled with photos of the pair together, including cute snaps of the veteran carrying Irk on her shoulders. The pair clearly shared a strong bond.

But when Staff Sgt. Rupp was discharged from active duty, her beloved K-9 wasn’t ready to retire. Irk was reassigned to a different handler, and the former sergeant wasn’t sure if she would ever see her K-9 partner again.

“I knew it would be a long time before I saw him again or I could possibly never see him again,” Rupp told Fox10.

But a year later, it was finally Irk’s turn to retire, and former K-9 was transferred to the Arizona Humane Society. The veteran jumped at the chance to adopt the dog who’d become her colleague, partner, and family away from home.

Now this very good boy gets to enjoy his retirement his handler. The Arizona veteran is equally thrilled to be reunited with Irk, the beloved dog she feared she’d never see again.

Irk is also quite enjoying his retirement, according to his owner, who believes the retired K-9 is digging his new civilian life as a pet.

“I think he’s pretty content. I think he’s loving it,” the veteran said. “He is allowed on the couch.”