Marine veteran David Herrera served alongside Kash, an IED detection dog, in one of the most infamous warzones on Earth. Though the time they spent was limited, the bond they forged felt as though it would stay solid forever.

Now, quite literally, it will.

The pair for seven months in Afghanistan, where they relied upon one another to stay safe, and Kash kept a him up at times when it was difficult stay there. 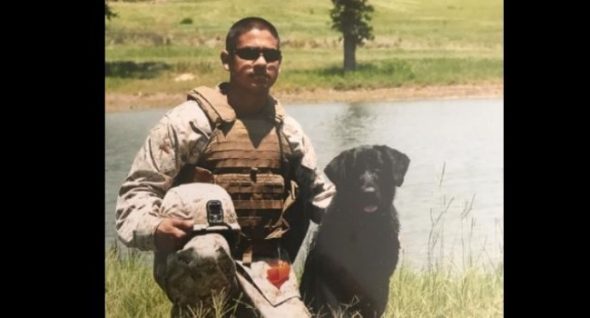 “Kash was definitely a morale booster,” Herrera told The Dodo. “He stuck with me through it, 24/7. He lived with me. He fought with me. He’s been through it and seen it all.”

They deployment ended in 2011 and each moved on to new things. Herrera was stationed in California; Kash was placed with a new handler for another tour of duty.

“I honestly thought I’d never see him again. I really did,” Herrera said. “I’d looked into adopting him, but I was starting as a drill instructor, so it didn’t happen. It was a rough time not having him around after the dust settled.”

Herrera lost touch with Kash, but the dog was often on his mind. And when he heard of his old friend’s retirement from service — and that he’d been adopted by another handler in a different state — Herrera made plans for a visit. 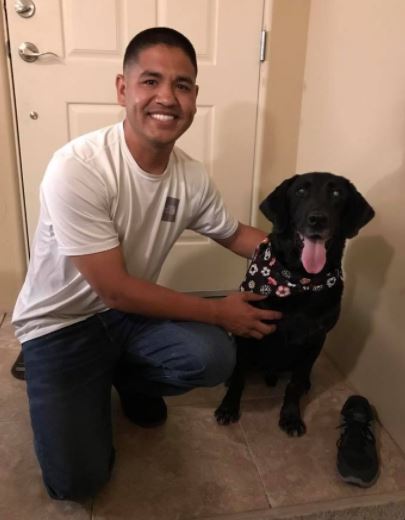 They hadn’t seen one another in more than six years — plus Kash is now partially blind — and Herrera was unsure what would transpire, but Kash recognized him immediately.

Closure came soon after Herrera was able to see Kash happy in his retirement.

“I’m not one to show much emotion, but I think it was definitely something I needed. To be able to catch up with someone I was with for seven months was great.”

Although Herrera wasn’t able to adopt Kash, the dog will be a part of his family forever. Kash’s owner says Herrera can visit whenever he likes and Herrera plans to enjoy more reunions with his old friend in the years to come.