Noelle is a beautiful pit bull mix dog who had been abused and then abandoned to a kill shelter by someone claiming to have just found her as a stray. Noelle was rescued by K9 Crusaders who found her at the shelter, but when she was rescued the volunteers noticed she had recently had puppies. She had not only been abandoned, she had been heartlessly torn away from her babies. 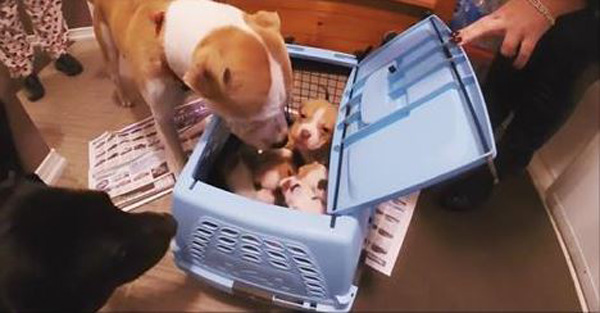 It was obvious up until very recently she had been nursing her babes, while at the same time not being fed herself. Poor Noelle was very thin and the sadness in her eyes was heartbreaking. The K9 Crusaders began their quest to could find her babies and reunite them with their devastated mother in time for the holiday season. 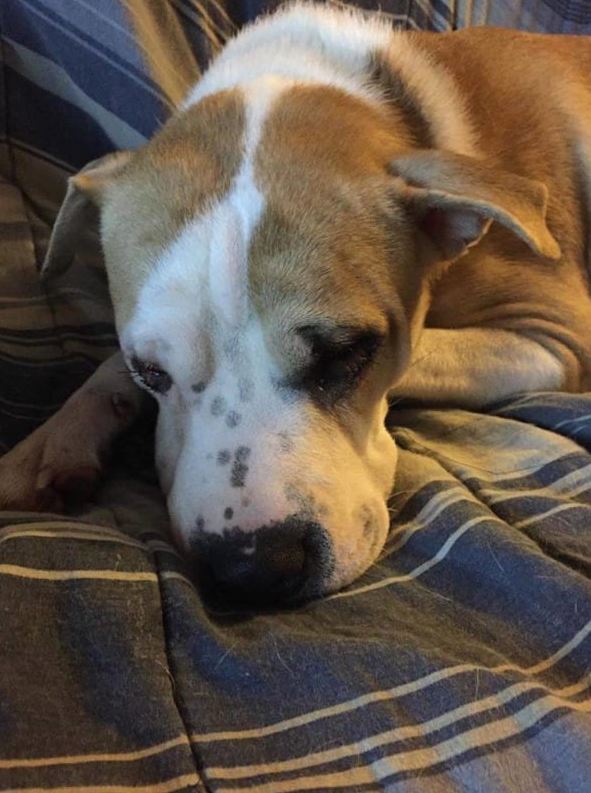 The quest was actually easier than expected because Noelle’s heartless owner had actually put evidence of his cruelty and ownership of this beautiful heartbroken dog on the internet. One of the photos actually shows poor Noelle in a vehicle, probably on the way to the shelter to be abandoned, as her ‘master’ held her face up for the camera as he took the picture of her. 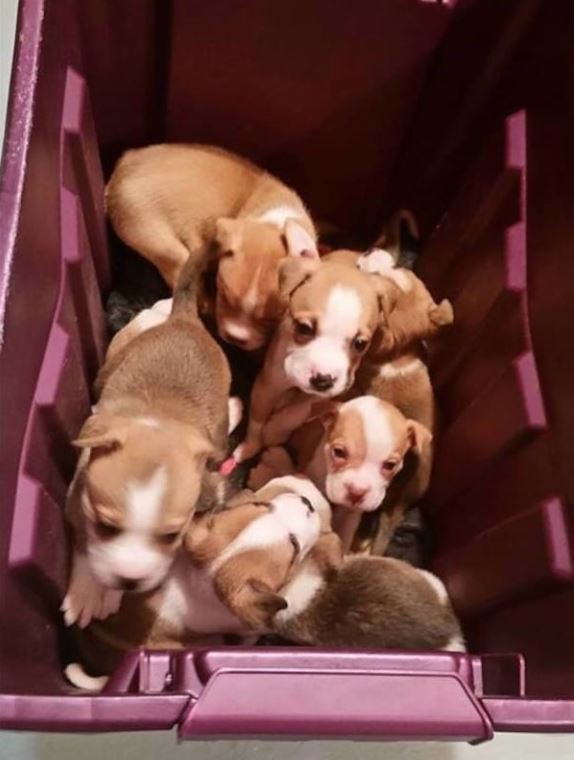 Alongside the picture of Noelle in the vehicle, was a photo of all eight of her pups in a basket as well as a picture showing Noelle nursing her babies. It was obvious even in the picture that she was malnourished and not being fed properly.