She was gone for nearly as long as Richard Moneck had owned her, but that didn’t make receiving the call that his dog had been found any less exciting. 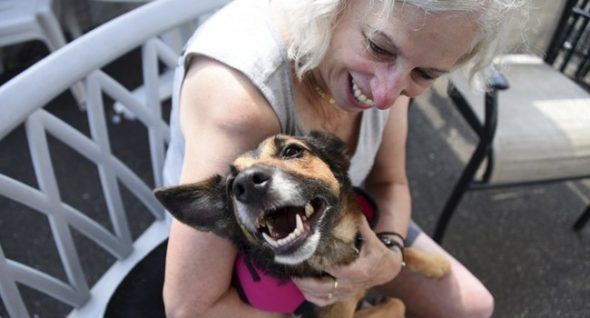 Moneck, 18, lives in West Palm Beach, FL. So when he discovered that Relay, the shepherd/terrier mix had been found in Freeport, NY, he was quite surprised.

“I hope she didn’t take the bus!” he said to the person on the phone, per a piece in the Palm Beach Post.

But truthfully, neither Moneck nor his parents care than much about how Relay made the 1,200 mile journey. They’re just thrilled that they’re getting her back.

Bobbi Giordano, who runs the Bobbi and the Strays shelter in Freeport, often reunites pets with their owners, but this one was shocking even for someone who works in dog rescue.

Richard’s dad, Rick Moneck, said that in early 2014, the teen had spotted the Relay — then a stray — at a nearby warehouse and “fell in love.” Those who worked there believed her to be about 6 months old and said she’d just “shown up” a couple of weeks prior. The Monecks checked all the pounds and shelters to see if someone had lost her, but no owners showed, so they adopted her. 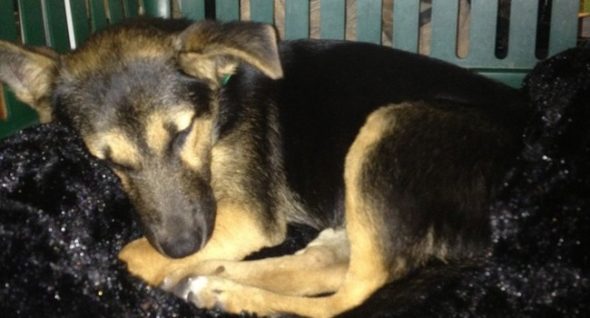 “Richard and her were inseparable,” dad Rick said to reporters for the Post. “Richard would sleep with the dog.”

These days, Richard is a plumber’s apprentice, but back when Relay joined the family he was an enterprising 16-year-old with a lawn-mowing/power-washing business. He paid out-of-pocket to get Relay her microchip. The investment certainly paid off.

When his dad, while moving some concrete blocks around the yard, accidentally left an opening, Relay got out. The family searched and made flyers. They even found a gas station owner with video of what looked like Relay getting into a van. But after that, nothing.

When the phone rang after Irma had moved through, the Monecks figured it was going to be some sort of storm-related scam. Instead it was Giordano, calling from Freeport.

A girl had brought Relay into her shelter. She said she found the dog on the streets and brought it home, but her landlord said she couldn’t keep it. Giordano didn’t ask questions. She just took the dog. Before long, she found the microchip, which led her to the Monecks down in Florida.

Giordano won’t send dogs by planes, but a woman on Long Island read Relay’s story. Turns out her sister, who lives in Palm Beach County, is a friend of the Monecks. Now the families are trying to work out something of a road trip to bring Relay home for good.

“We are all so excited about getting this dog back, I can’t tell you,” Rick said.

Giordano, too, is happy to be sending her home