Whenever humans need a lesson on how to be selfless and compassionate, they need look no further than the animals around them. It’s already hard enough for the macaques in India to find food, water, and shelter for themselves, so it surprised and warmed the hearts of many passersby to see one who took in a helpless puppy. 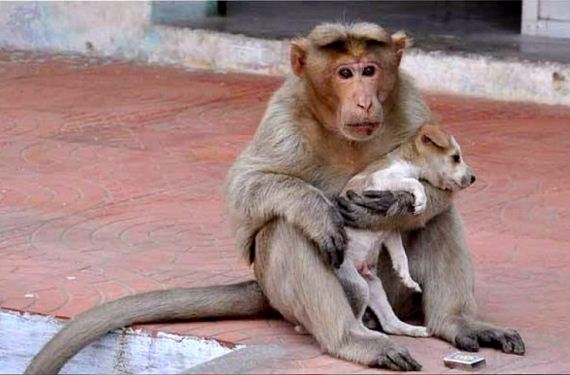 Locals witnessed the monkey protecting the little guy from adult street dogs and were so impressed that they offered the pair some food.  The puppy was even given first dibs! 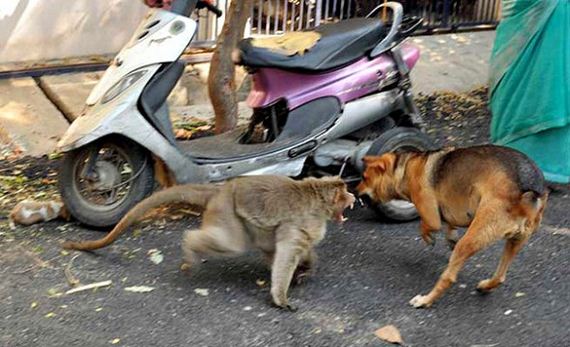 “People who have seen them all spoke of their strong mutual affection and described their bond as the most caring thing in the world,” onlooker Sasi Kumar told Indian news outlet Zee News. 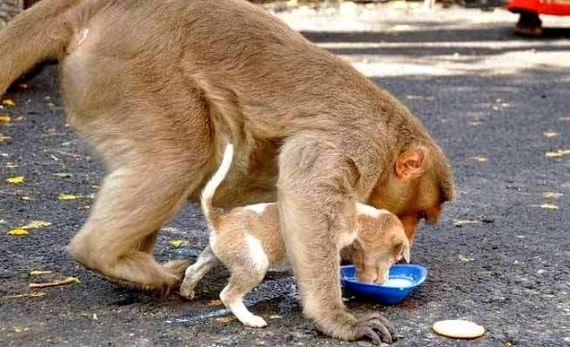 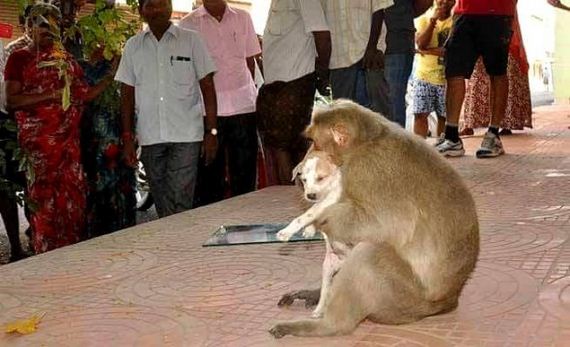 “To take care of a puppy in danger and protect him like a parent, their undying affection gives us a valuable lesson about relationships.” 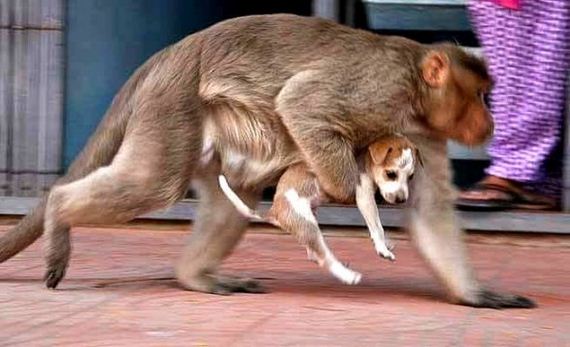 The incident wasn’t isolated, either.  She could be seen carrying the puppy around, leaping from branches with him in tow,  and grooming him, which is a bonding experience for social groups of animals. 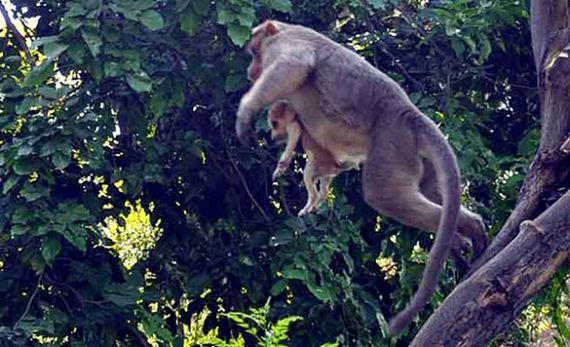 Monkeys are very intelligent and resourceful, so who knows – maybe this was just a ploy to get some extra snacks from people.  But it’s far more likely that she was cast out from her troop or lost her own baby and was looking for a companion to care for.  In any event, it’s adorable, and hopefully their love is still going strong. 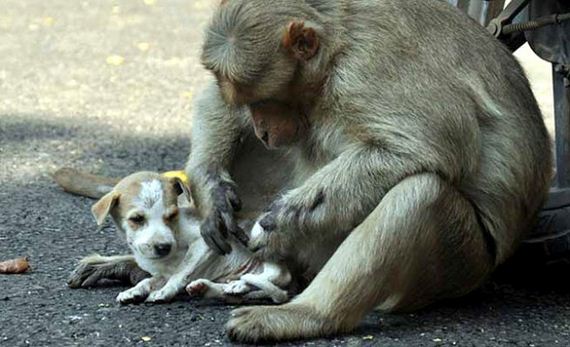 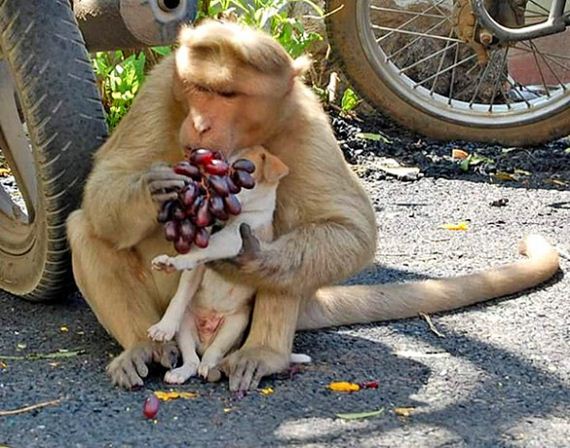