Parting was NOT such sweet sorrow for Romeo and Juliet.

Linda Septon told 10News that, “when Romeo was found underneath a car, he was all curled up terrified, and Juliet the schnauzer was basically comforting [and] protecting him.” 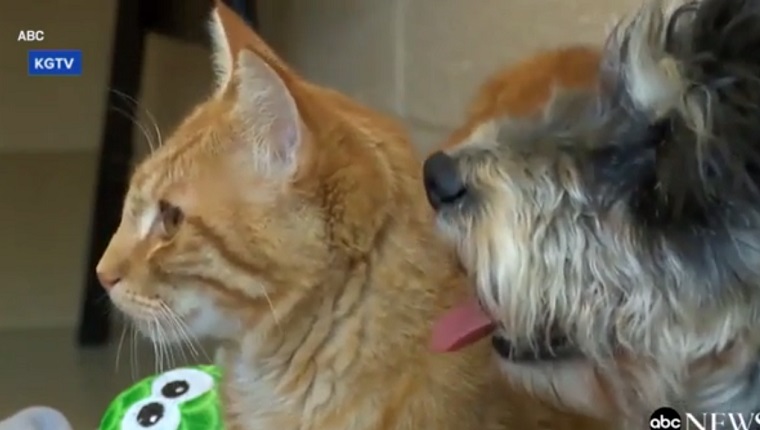 Septon works at the Chula Vista Animal Care Facility, where this cat-dog pair was brought in. At the outset, staffers separated them into different areas and immediately, Romeo — a sweet orange tabby — began to deteriorate.

Staff members said both immediately perked up once reunited. 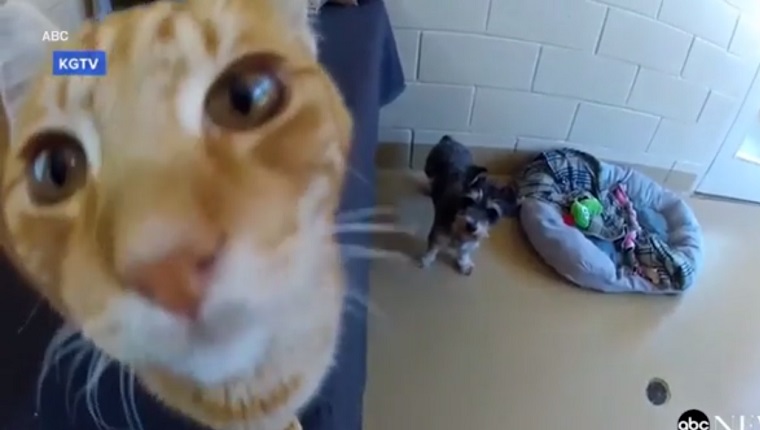 Septon told 10News she has not seen a bonded pair of animals of two different species in 20 years of working with animals. Shelter officials have decide that Romeo and Juliet will only be adopted out if a family takes both animals.

They’re so cute and sweet, we’re sure they’ll be scooped up by a lucky forever home in no time! 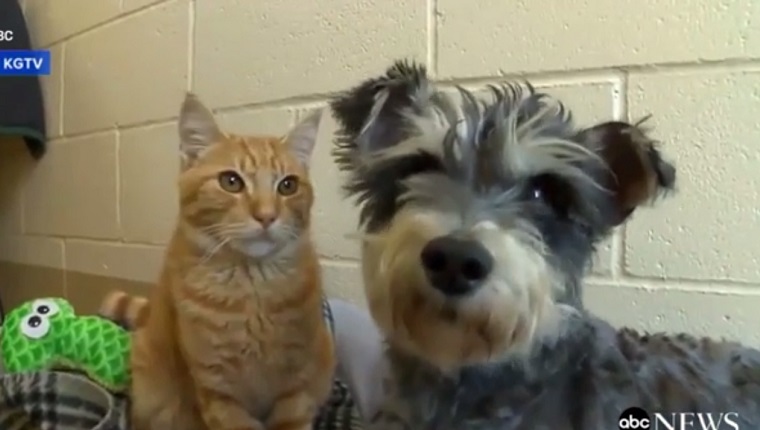